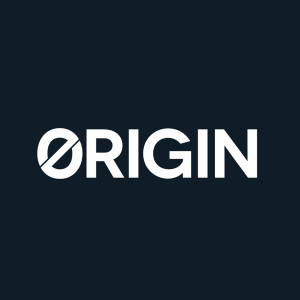 The age of the internet changed the world many times over. But, among all of these changes, there is a part of the economy that was transformed even though it has very little to do with the high tech domain.

The modern internet, a person could easily rent out their desk or camera, using specific networks that provide the same possibility. These include now well-known brands like DogVacay, 99 Designs, and Airbnb. For each service, the individual sales that are made on the platform include a hefty cut for the company running the same system.

But now, there is an online startup that aims to provide the technical setup for the fixed realities of the sharing economy to change. The initiative in question is called Origin and its creators’ plan of merging the sharing economy with the blockchain technology.

The company strives to improve the current market and even potentially disrupt it with their take on this form of business. Here are the details of the same startup, along with the reasons why it could provide a strong alternative to the current juggernauts of the service and sharing economy.

The founders of the Origin startup are envisioning a world in which entrepreneurs and small business owners build specific platforms and interfaces for each particular business domain. At the same time, they would all still share the customer pool that would be able to lower the cost of doing business for each individual venture.

Josh Fraser, one of Origin co-founders, stated that the company is willing to ask the important question: what happens if open-source software is able to replace companies worth millions or even hundreds of millions of dollars? Naturally, for the current heavyweights in the industry, this would be disastrous, but for end-users and other interested parties, the opportunities could be incredible.

Using a platform based on peer-to-peer service, Origin has announced that its advisor round of financing with Pantera Capital was completed. The round is valued at $3 million in its tokens. The investor group, which has a long track record of investing in cryptocurrency and blockchain space, perceives the company as a huge potential.

According to their representatives, if Airbnb was starting today, it would probably use a P2P cooperative model that is based on blockchain tech. This would allow for a drastic lowering of transaction costs instead of going for an equity-based business model using rent-seeking as its main mechanism.

It is also clear that the Pantera Capital is impressed by the company itself. Origin recently rebranded itself from 0rigin (which uses a zero for its first letter) and it is being led by a management that had previous success in the digital domain, one shared by things like eSports, social media and many other similar ventures. One of its co-founders Matthew Liu was an early employee of YouTube and a veteran of multiple startups.

Fraser, on the other hand, worked with several venture-backed companies. One of these was eventually acquired by Walmart Labs, which is a definite success for the same enterprise.

Pantera’s investment will now directly depend on the general investment round that will take place in April as a public coin sale. So far, both parties are not discussing what are they expecting from the public sale. However, Origin stated that it is planning to release a version of their protocol that will be production-ready around the same time.

The Origin’s protocol will try to create a database of distributed offerings and customers, who will have a new user interface built over the offerings. For example, a single entrepreneur could create an interface for dog walking offers, another could do this for carpenters, while a tried could do both of these, but also everything else home related.

As time goes by, the best interfaces would be singled-out from user activity and new entrepreneurs would be able to use them every time they decided to engage in a new vertical market. Also, each attempt would have access to the user base of the prior enterprises. According to Liu, this would not result in much change for the consumers, apart from the increase of choices that are available.

With their protocols, the company is aiming to develop an ecosystem where different marketplaces exit instead of creating a centralized marketplace for each alternative. However, the company is struggling when it comes to defining what is their user experience, acquisition of customer and front end, as opposed to those which the users would create.

But for starts, the company plans to go with lower volume services to prove their concept is valid. These would take form as marketplaces for design service or general freelancing.

With the tokenization process, Origin believes that it was able to manage a huge piece of software while also facilitating growth and a system of community policing. As an incentive, Origin’s tokens are planned to be used to encourage new participants on the platform.

This would work in a similar manner as online bitcoin casinos stimulate their customers – those who spend digital currency on the platform would be rewarded a few Origin tokens in return.

Liu called this a “better than free” business model. Taking a stake in the company would also discourage spam or fraud because payments would be needed to put up listings. This way, any bad listings would be taken off by the community and their funds absorbed by the platform.

All of this should, in theory, bring about the second important use of the tokens, which is governance. The token holders would have their say about the protocol changes or growth directions. This would also allow them to avoid the heavy-handed and intrusive company policing practiced by companies like Uber.

Still, this could be a lot more daunting proposition, especially because of the local and national regulations for each country. All of this would have to be navigated by the platform, but as of now, it appears that Origin has a lot of tailwind and that it is making the best use of it.