Industry News Is China Trying to Cut the Power to its Bitcoin Miners? 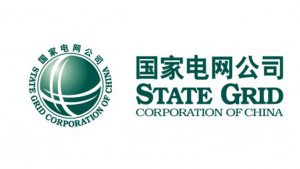 The Chinese ecosystem of miners and the organization that run their mining pools is the most important physical element of the bitcoin network. The same has been true for more than five years, ever since the first big break in the BTC price when the many mining advantages made China into a mining boomtown.

Ever since then, the majority of the BTC hashing potential lies within the borders of mainland China and even with new mining ventures opening up across the world, this fact is still a constant. The near future, including that with a possible additional boom of mining in some other location, does not include a scenario where the same fact changes.

But recently, a piece of exceedingly unpleasant news came from the country that got many people in the bitcoin community more than worried. As additional clarifications and denials started to arrive, almost everyone started to wonder what is actually going on inside of China when it comes to its domestic BTC miners.

It all started with a rumor that the Chinese State Grid was gearing up to ban mining of bitcoin on the level of the Sichuan province. The same rumor was based on the document that was shared online, which feature something of an outline for this action.

There was never a clear explanation who or how found out about this document or where did it circulate before appearing online. However, the location stated in the document provided enough of plausibility to it. The province of Sichuan is known for its mighty waterways and a range of hydroelectric power plants. Because of the same water supply which then generates electricity sold at affordable rates, the same region is very popular with bitcoin miners.

The document, which has been translated, states that mining bitcoin is an illegal activity in the country. It also states that using the State Grid to power this venture is also an illegal practice which must be prohibited. The same document features an official stamp from the Dan Ba county branch.

The document and the news surrounding it quickly found its way to the local Chinese media. The reporting quickly began to generate issues around the problem of the legal status of bitcoin in the country. For many, this was the signal they have been waiting for – Chinese movement, after taking on the exchanges and then the ICOs finally decided to move its regulators into the mining venture, the oldest applied process related to digital currencies in the country.

But, fortunately for everyone involved with bitcoin and digital currency mining in general, a subsequent statement from the State Grid underlined that the fears are overblown and not based on actual plans of this organization.

Caixin, the local business publication cited the county branch which confirmed that the report is authentic but also said that this memo was internal and that the phrases used inside of it were not drafted correctly. Also, the document came from a branch on a country level and not one with a statewide operational standing. This additionally lowers any legally binding effect that any potential direct legislature could have on the mining community in the Dan Ba.

This was shown in a very direct manner when the representative concluded that even though they are a state-owned enterprise, they are not a legislative body that could decide whether something is legal or illegal. In a nutshell, this should be enough for putting most of the fears from this event to side as the worst scenario for BTC mining in the country will clearly not occur.

The branch took this opportunity to clarify what was the initial trigger for creating this memo. Here, the representatives explained that some small generators in these regions could have violated their agreements with the state company and prioritized their electrical energy differently.

This could come from the fact that some of these smaller generators have bitcoin mines on-site and that they redirect energy into these facilities instead of releasing it to the main grid. If this is actually taking place, the reaction of the State Grid would be more than expected. However, there is still no name calling so it is impossible to determine if and who is breaking the agreements with the national power supplier.

The reactions coming from the miners in the same region have been very direct. According to Jiang Zhuoer who started the BTC.TOP mining pool in China, there is a battle going on over the hydropower stations and the energy they generate. On one hand, the State Grid is a long-term partner for any small hydropower plant, but in the short-term, there is much money to be gained by redirecting power into BTC mining facilities.

At the same time, the power dynamic here is clear – the State Grid has all the say and it can, at least in theory, decide to stop supplying mines with its product. However, it cannot come to this decision alone and can only enforce the decision made by the Chinese government.

Any smaller and less formal measure, like this memo, could be interpreted as a warning to the miners, but its purpose is cloudy and unclear. With this in mind, it is a lot more likely that this decision of the Dan Ba county branch was simply an internal memo like the official statement paints it to be.

Is Mining Under Scrutiny In China?

There is no definite answer to this question. Like social media or even online communication in eSports games, no one can tell for sure what the plans of the Chinese government are. Right now, there is no clear reason why would it want to put pressure on the miners, being that this is a great source of revenue for individuals and this way, for the entire system.

The same revenue could be further taxed with broader regulation, but none of these would have anything to do with a potential plan that equates to indiscriminately shutting down mining pools or their access to power. Because of this, the whole situation seems to be what it appeared at first – a rumor built on half-thoughts.