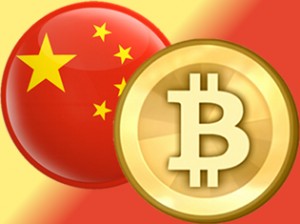 China is a BitCoin power player in more ways than one. As a gigantic economy, it provides a huge part of the traditional capital influx into the system. But, at the same time, several years ago, important mining operations had started up in the country. These took the form as one of the first on-site, industrial-strength mining pools encompassing hundreds of interconnected mining rigs, along with crews that maintained them 24/7.

This came some time before the BTC price exploded, showing a strong willingness of the country’s investors to enter the BitCoin network both as digital currency holders and miners. Today, this determination remains strong, even so much that some believe that the China’s impact on global mining is one of the reasons why some have begun experiencing a lag in BTC transaction.

According to the critics, the Great China Firewall is the reason why hashing power becomes bogged down, like international E-Sports players know really well, on its exit out of the country. Others fear that the gigantic and cryptic Chinese mining conglomerates will have the biggest say in the upcoming block size debate and final decision.

At the same time, even though the private sector embraced BitCoin fully, the government remained skeptical, especially towards the anonymity factor and the self-contained nature of the P2P network. But, it seems that government entities are aware of the blockchain potential and are looking for ways to put it to some kind of use.

Recently, the PBOC (People’s Bank of China) head explained that his organization is involved in a new digital currency initiative even though he underlined that they are not only looking at blockchain technology applications.

Speaking to Chinese media outlet, the governor Zhou Xiaochuan told that PBOC is considering cloud computing, mobile payments, and secure chip tech along with the blockchain approach as a means to create and run a digital monetary transaction platform. But, during the same interview, Xiaochuan underlined that his organization does not have any indication so far what this product might entail.

He also explained that they are searching for ways to predict how any possible integration with a digital currency platform might look like, mainly so that they can react in a timely manner and address any risks that might become apparent during the integration.

The interview comes after speculation that the PBOC recent activation of a new program will heavily use digital currency application. But then, it was not clear if the PBOC and its use of the phrase “digital currency” meant the BitCoin network or possible future blockchain-based systems developed for this purpose.

While there is no doubt that PBOC is looking into digital currency ventures, their attitude toward blockchain is not clearly defined. Xiaochuan stated that he believed that blockchain systems use too many resources when it comes to both data storage and computation power. He believes that it would struggle to handle the PBOC desired targets for the volume of financial transactions.

He explained that this does not mean PBOC is closing its doors to blockchain. Instead, he wants his organization to wait and see if the issue of transfer volume can be resolved. But, while there is some apprehension towards the tech, the organization has still invested in the research of the blockchain topic.

Unsurprisingly, BitCoin was directly named in the discussion about the PBOC’s digital currency initiative. Somewhat unexpectedly, Xiaochuan said that the BTC privacy protection layers were a crucial component of the digital currency. Currently, BitCoin records and broadcasts all transactions through the public blockchain, but they are labeled by the pseudonymous address system, providing privacy protection for the users. But governments traditionally opposed this method.

Xiaochuan explained that any digital currency system will include privacy and security features, like cryptographic algorithms, to guard both against counterfeiting and privacy intrusions. The so-called “51% attack” was discussed, which is an inherent risk to the security of the current BitCoin network.

According to this theory, a miner collective which includes more than half of the network’s hashing power would have the means to corrupt the BTC decentralized ledge. Here, Xiaochuan pointed that any blockchain-powered digital currency by PBOC would be run on a permission-based network where these types of outside tampering would be curbed.

He believes that a digital currency that is controlled by a bank, using a combination of tech measures, an institutional design and all the subsequent regulations and laws designed to provide security would create a solid system. At the same time, he believes that such a system would differ greatly from Bitcoin from the very onset of its use.

The final part of the interview was related to the question of the development timeline and when would this PBOC initiative hit the markets for regular users. In response to this, Xiaochuan stated that there were no clear timelines for development so far, but he also stated that he did not believe that the system would try to compete with paper currency. He also said that it would never replace it completely either.

He explained this using a very technical issue that could block this attempt, even if PBOC would desire to do something like this. According to him, a small country can replace an old version of paper money in several months. For China to do the same, the process would last a decade or more. But, Xiaochuan believes that if the digital currency is created and applied in the right manner, it could gradually entice people to switch to it instead of paper-based money, primarily because of the low transaction expenses.

But, Xiaochuan still underlined that any transformation of the Chinese financial and monetary systems would be exceedingly slow. Even if people really would start to switch to digital currency to avoid transaction fees, like they currently do for online betting and other things, it would still coexist with paper cash for a long time.

As of 2016, it seems that PBOC is looking to create its government-controlled BitCoin network. In that case, the value of the BTC and the overall state of the network would probably remain unexpected, aside from the fact that the China would be the first nation to place its full weight behind a native digital currency.