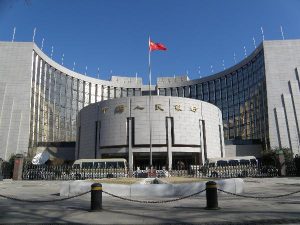 For most analysts, it was clear that 2017 would most likely mean the moment when the Chinese state takes a bigger role inside of the BTC dealings that are taking place in the country on a massive scale. As the turbulence of the new American administration reverberated through the Chinese power structure, so does it seem that the assertion of control has finally begun.

Recently, the news that two biggest exchanges in the country are introducing changes in their withdrawal policies broke from China. Now, there are six additional bitcoin exchanges based in China which are doing the very same thing. All this appears to be a part of the overall bid that will tighten the AML (anti-money laundering) oversight of the BTC dealings.

For more than five years, ever since it became clear that Chinese BTC mines are the dominant hashing power among all of the involved parties, the moment was dreaded by many in the bitcoin community. Some believed that the same event would bring about an exceedingly painful blow to the BTC and even cripple it to a level of no repair.

But, seeing that the same now appears to be underway, what is the actual reality of the Chinese state asserting a bigger level of control on its BTC trading and mining elements?

BitBays, BTCTrade, BTC100, HaoBTC, CHBTC and Yunbi are exchanges that have made changes to their policies, mainly when it comes to expected withdrawal times. The same happened just a few days after representatives of many of these companies went to sit down in a meeting with the officials for PBoC (People’s Bank of China). As the China’s central bank, PBoC is charged with managing the fiscal policy of the most populous country in the world.

Now, it looks like the policies that have been changed in a way that differs to those decisions made by OKCoin and Huobi. Both of these exchanges decided to stop their digital services for a period of one month. In the latest groups of bitcoin exchange, so far only CHBTC showed some indications that it plans also to suspend all withdrawals of litecoin and bitcoin.

In China, millions use BTC every day for a range of things, including everything from regular purchases to betting with bitcoin online. The change in policies will definitely affect all of them, but this is just the tip of the iceberg.

BTCTrade, HaoBTC, and BTC100 all stated that their litecoin and bitcoin withdrawals should not be delayed and they also did not indicate that some of their services would be halted. At the same time, all exchanges indicate that they Yuan deposits and their withdrawals will not be affected in any eventuality.

HaoBTC noted that the new policy that will be implemented should not restrict the user’s ability to buy bitcoin, deposit Yuan and send any of the traded digital currency within a period of 48 hours. Additionally, the exchange also declared that it will not charge a 5% fee on every deposit that goes through its system.

BitBays provided more clarity and estimates that withdrawals from its systems would take about 70 minutes, saying that they are also very sorry about this development. Yunbi, which is the Chinese leader when it comes to trading ether, explained that the company would now report all potentially suspicious activity to the government regulators. Because of the fact that these audits take time, the withdrawal times would also be delayed.

Yunbi statement provides perhaps the biggest level of clarity about this issue. With the information it provided, it is clear that PBoC or some other government entity was tasked with checking the bitcoin exchanges and their dealings on an individual level. In a strange way, the move is almost a silent recognition of the value these exchanges provide to the Chinese economy, but their freedom to operate as they choose will be restricted.

Because of this, the event is far from the catastrophic cap on all trading in China many feared could occur. Now, it looks like the processes on the exchanges should continue, including those who will get back at it after the month of no trading in bitcoin and litecoin has passed. However, getting back to the business as usual in this case also means that the government has gained an oversight position it has most likely always wanted.

With the process of delaying withdrawals, the government body, whichever it might be, will be granted time to check the transactions. AML concerns are states as the most important factor, but the change in the policies is also a benefit for the government which will now know who is buying or selling what in the digital currency domain.

While one of the basic ideas of most digital currency is anonymity, in this setup, bitcoin and every other cryptocurrency lose that trait. Because of this, the government will be on the trail of any transaction from the moment any relevant amount actually leaves the exchange. In many ways, the move is a masterful decision coming from a movement with a long reputation of finding ways to stifle civil liberties while keeping the private business sector going strong.

An easier move by the Chinese state would be to simply ban all trading in digital currency, keeping the public on the same playing field as it did for so many decades. In the current system buying and selling foreign currency is very restricted and controlled.

In the recent past, many Chinese investors used bitcoin to circumvent these restrictions. But, regardless of the problematic nature of this phenomenon from the perspective of PBoC, the latest news shows that the government recognizes the value of the bitcoin community in the country. Similar to eSports, social media, streaming entertainment and other elements of Chinese online economy, digital currency is a valuable asset.

Now, instead of stifling it, the government will try to impose its shadowy oversight and this way figure out what is truly dangerous for either the Chinese economy or the political system. The side effect of this will be slower withdrawals and other inconveniences, but for now, most BTC investors in China are mostly likely very relieved by these relatively mild measures.