Opinion The Chinese Factor in this year’s BitCoin Value 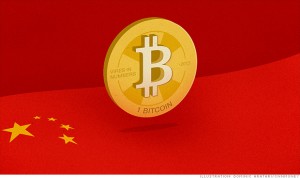 2016 is most likely going to be a very dynamic year when it comes to the prices of BTC. So far, the year began with prices going strong and steadily rising through 2015. The same expansion is the strongest rebound since the drop in 2013 and important for several completely different reasons.

Firstly, it showed that the digital currency can return to prominence after the huge fall and the damage it sustained two years earlier. Secondly, it provided the undecided investors and venture capitalists with a clear sign that the network can bend and not break under pressure.

This lead to the development boom in 2015 with more than ever project active in the realm of this cryptocurrency and blockchain in general. Finally, it reaffirmed BitCoin as the go-to digital currency that simply does not have any real competitors, in spite of the fact that many desire to develop it.

But, all of this is dwarfed by the issues of block size that is shaking the BitCoin community. As BitCoin Classic and BitCoin Core battle it out in their desire to utilize their block size solution, there is an equally important faction active in this debate. These are the BitCoin mining pool located in China.

Even though their presence was already very well known, it seems that for many people, their direct entry into the block size debate suppressed people. In some way, it can be said that the same miner collective allowed to engage the BitCoin community in a more direct manner and thus let their presence be known.

But, this is just one of the elements which make China the most important country for the BitCoin community. The Chinese input, both direct and indirect, will be one of the biggest influences on BitCoin value in 2016 and here are the reasons why this will remain valid throughout the subsequent months.

Beginning in 2012, the tech media started to showcase reports about the Chinese BitCoin mining factories which included rows and rows of mining rigs producing a huge hashing power. Back then, BTC was seen as a very foreign notion and something that would interest only E-Sports fan, computer enthusiasts, and similarly-minded people. But, in spite of this, the interest behind the question why would Chinese investors spend millions of dollars into air-conditioned spaces where thousands of computers are constantly calculating remained in place.

It seemed strange that these areas existed in a country where a vast number of people, including those in the middle and upper class, never heard of BitCoin. But, these continued to pop out all over the country, gradually increasing the hashing power coming from China. As the crash of 2013 happened, the interest in the same mining operation veined in the public eye. However, it did not disappear, and it is clear now that it simply continued to grow. Today, China is the most relevant factor when it comes to mining of new BTC and a strong voice in the block size debate.

Their role in the oscillation of the BTC price in 2016 will be visible not only in the debate but also in their adaptation to the resolution of the block size problem. Today, most believe that the return investment on mining new blocks will be decreased, so the mining pools could decide to keep their hashing power at their current levels. This would most likely badly impact the price of the BTC as it would mean that the network would have problems in growing further.

It has to be said that the chances of this happening are a small because the loss suffered would reflect on the mining pools as well. Like those who use BitCoin to bet online, mining pools want to employ its advantages, not prey on the BTC potential weaknesses. Still, because of their secretive approach, no one can tell for certain what will the pools do mid-2016 when the block size resolution (whatever it might be) is activated.

In 2015, the Chinese state decided to devolve its currency several times in the attempt to kick start is economic growth. The key to this decision was the fact that a weaker Yuan would make Chinese exports more affordable to the outside world, allowing for more spending inside of the country. While the same decision was hugely unpopular in China, it did a big favor to the BTC price. As the instability rocked the Chinese markets, investors moved some of their untied funds into BitCoin as a means of protecting it against the volatility.

The spikes in the BTC value in 2015 can be directly linked to these events and proved to be a huge blessing to many Western investors who just wanted to profit from BitCoin trade. But, many pointed out that the same events are not a valid representation of the digital currency price, but only a safe harbor for Chinese investors who diversified their portfolio.

Because of this, in 2016, the same investors can just as easily pull their funds out of BitCoin. Most of them are certainly not BitCoin enthusiasts, so any instability in the digital currency might lead to a big drop-out of all those who found it safe less than a year ago.

Aside from the investors and miners, as always with China, the biggest player is the state itself. At this moment, the Chinese National Bank is interested in the blockchain solutions but does not recognize BitCoin as an official currency. Its plans for the potential changes in the legal status of BitCoin are anyone’s guess and could happen at any time or never, thanks to the steel-grade lack of Chinese transparency.

Naturally, this is a potential pitfall for any endeavor in the Chinese state and BitCoin is no different. In theory, a big problem that comes about from the resolution of the block size could force the move from the state, but this is almost unimaginable. Even in the worst case scenario, there is hardly any evidence pointing towards the fact that BitCoin holds any relevant sway over any part of the Chinese economy.

But, Chinese politicians and policy makers have been known to make sudden and unexplained moves before. If this happens with BitCoin, not many could truly claim to be surprised.

There is little doubt that in 2016, the fate of BitCoin has a big, red shadow behind it. There is a big divide between a digital currency built on transparency, anonymity and user participation and the Chinese state, which now houses the most important factions in the network. As the block size solution gets implemented in the next few months, all eyes will be on China and how its BitCoin players adapt to the change.

For the rest of the world, China could prove to be the canary in the mine shaft that will react first to any potential dangers. Currently, most hope that this canary will continue to sing cheerfully well into 2017.