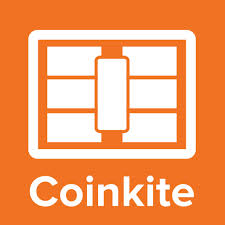 Ever since the domain of personal computing became a widespread phenomenon, all those who were included in the same market could be divided into two groups. First, one covered the producers of hardware, the machines and devices that ran computer programs, and those who made the applications themselves.

In the subsequent three decades, it was rare to see a company shift gears from one of these to the other. It was not rare to witness a company expand their offerings, like Apple did, but dropping one of these for the other is practically unheard of. But now, in the area of BitCoin, it appears that a single company did this very thing and created an 180-degree shift in their development direction. The same company is a BitCoin startup Coinkite and recently, it shook the community by declaring that they will be no longer active in the domain of BTC digital wallets.

Instead, Coinkite decided to focus their development on the hardware products related to BitCoin, but interestingly, they did not enter the field of BTC mining. That is why Coinkite will not start to build mining rigs, but transaction processing hardware.

Shutting down the Wallet Business

Coinkite provided the news on the corporate blog, explaining that the shutting down of their wallets will be completed over the subsequent 30 days. During this period, users that log into their accounts will automatically receive a withdrawal of their account. They also declared that the company has an additional process which will use a backup mechanism to resolve any unclaimed funds that will be left over from the same transaction. This means that anyone who is using their wallets for things like betting with BitCoin will have the chance to withdraw their BTC without any issue.

Coinkite CEO Rodolfo Novak explained, very openly, that the company is currently drowning in the problems related to the digital wallet service. None of these issues were really a business-killing obstacle, but Novak’s words tell about a type of frustration that can bog down a company. This is especially problematic for a startup that should ideally have a running start that will bring in more investment and a strong case for any venture capital that considered them a potential investment opportunity.

More precisely, Novak told the press that the legal implications like lawsuits and other legislative problems, as well as the security issues of DDOS attacks, made the field a daunting challenge. Here, stuck between a too-legal problem (lawsuits) and a completely illegal one (malicious attacks), the startup obviously hit a wall. Another problem that came up was the high cost of providing a software service that is free and reliable.

To make things even worse, the second issue always has the potential to crush a business like a BTC wallet supplier. In a case of a successful attack and siphoning of the user funds, the damage would almost definitely include a strong legal backlash. In this case, a collective lawsuit from the users could easily break the back of even bigger companies while a startup like Coinkite would stand absolutely no chance of surviving.

That is the reason why they decided to move from the software solutions in the BitCoin domain and instead go for the hardware solutions.

In many regards, Coinkite was an established and well-known company in the BitCoin startup domain. Created in 2012, it was envisioned as a wallet-first provider. That is why API and other wallet products were offered. As one of their main product advantages was the fact that they were more privacy friendly and decentralized that any other alternative. The paradox of their decision is the fact that their services were lauded as very good by the BTC community.

However, as Novak explained, the problem with good SaaS services that are free is that they still demand a good support process. Unfortunately, good support costs a hefty sum and currently, the business did not have a way of reimbursing these costs.

Now, as the service in its current form shuts down, the Coinkite suggested their wallet users to migrate to products offered by Ledger, BitCoin Core, BitCoin.org and Electrum. According to them, any of these will be able to provide the users with an equal or greater service compared to their wallet offer.

As one of the biggest contenders for the newly created big corporation blockchain tech market, Microsoft Azure platform is really the top contender for a BitCoin testing ground. At the same time, Coinkite is determined to start creating BTC transaction processing hardware product. Novak believes that the same would appeal to the enterprise owners who would be more likely to produce a profit-making endeavor.

Wisely, he immediately connected this notion with MS Azure. He stated that the same product would provide a more secure variation to the cloud-based services as Azure. With just a few weeks until its formal launch, Azure is going for the BaaS (blockchain-as-a-Service) testing ground offer to BTC enterprise owners. From a promotional perspective, placing themselves in the same ecosystem as Azure, which will be given a huge promotional push by Microsoft, is a very savvy move.

According to Novak, it is currently not safe to employ any hosted services. Instead, he believes that it is important for businesses and enterprises to have servers that are locally hosted and used for transactions. He underlines that the future Coinkite hardware will employ all the basic BTC business logic.

Novak failed to define a timeline for their new product or products, but he did suggest that a formal announcement about the offering will be prepared soon. While his words definitely provide information about the course of the company, they disclose little else. A formal announcement would resolve this problem, even if the first actual Coinkite hardware products do not become ready for months if not years.

Aside from these, Novak told the press that the Coinkite will develop physical BitCoin payment terminals. Currently, a novelty item that can be seen only on things like E-Sport tournaments, these could become a more important niche if the BitCoin end user adoption continues to grow in 2016.