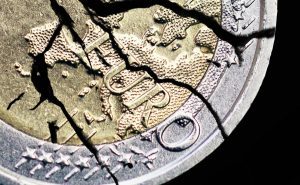 As the global financial world continues to tumble with the tremors from the UK referendum about the country’s status inside of the European Union, experts are scrambling to make sense of it all. Aside from the constant day-to-day grind of the markets reacting to the cycle of news coming from London and Brussels, others are hoping to attain a clearer perspective by focusing on the more distant future.

However, because of the previous few years, it appears that it is getting increasingly hard to attain a positive outlook. Once again, more than 70 years since the WW2, the Old Continent seems to be reeling in a series of crisis. From the east, where the forgotten war in Ukraine continues to claim lives on a daily basis, to the endless financial meltdown and refugee issue of the south and the new turmoil on the western shores, the dream of the United Europe is getting harder and harder for the dreamers.

Because of this, financial experts began to assess the possibility of the Europe’s financial union dissolving in the coming years. While at first, this might sound like the financial Armageddon, others are formulating realistic scenarios where the euro does not die with a bang, but with a whimper. Interestingly, BitCoin and other digital currencies are located in the core of these predictions.

The Rocky Road Ahead

A BitCoin investment firm lead by the former employees and traders of JPMorgan recently published a text in which it speculates that the recent referendum in the UK could slowly provide the euro with a death blow. But at the same time, the text focuses on the boost in the value that the digital currencies would achieve in this scenario.

The text comes in the wake of the positive movement of the BTC value after the UK referendum results were announced. When this happened, some experts pointed out that digital currency, because of their non-governmental nature, might be the best hedge fund in the times of financial uncertainty. The proof of this comes from the notion that many investors chose to skip gold and other traditional fallback options and went for BitCoin instead.

This made Russell Newton, the owner of GABI (Global Advisors Bitcoin Investment) sent an email to investors where he explained that the time has come to prepare for the ending of the euro currency. According to him, if or when the Eurozone breaks up and the currency plummets, the BitCoin cryptocurrency will be able to fill some of the newly created vacuumed. Newton explained that the BTC possesses an inverse correlation to any weakness in fiat currencies all over the globe and the same trend had been seen over and over again. With Brexit, it had followed the expected pattern almost to the letter.

Logically, he and others are wondering if the potential fall of the euro should be planned for, knowing that the same would occur once again? It appears that GABI believes that the answer to this dilemma is definitely yes.

Gearing up for the Worst

In the same text, Newton took a chance to chastise the traditional financial systems, calling them overregulated and inefficient. He pointed to the success of startups like Amazon and Facebook which prove the new tech can be the very powerful disruptor of the entrenched systems. The same is undoubtedly true with many forms of IT technology completely changing the landscape of their fields, ranging from E-Sports in the gaming industry to machine learning in heavy industries.

Newton predicted that the BTC price will remain very robust during July of 2016. He also predicted that the Ether, another cryptocurrency will become a full part of the blockchain-based solution ecosystem. But, he also added that he sees BitCoin as the more resilient player in the digital currency arena.

In closing, Newton took the chance to point out the benefits of the BitCoin network, aside from the well-known notions of being useful for those who want to bet online using BTC. He thinks that BitCoin and blockchain, in general, offer a future of a financial system where functionality, creativity, and usability rule supreme. Instead of the traditional system, he thinks that the Brexit process will show individuals and companies that the big, controlled and structured management is not always the way forward, no matter if the issue is related to policy, finance or life.

A World of Doubt

Newton’s perspective is interesting, but it really only puts into words what many millions already feel in a different way. One thing is certain: this type of perception is definitely rigged to change the system, one way or the other.

The main underlying issue that follows the entire problem is the continual deterioration of the public’s trust in the government institutions, practically in all shapes and forms. The Brexit was deemed as something that could have never happened, yet it did, even though the Leave campaign used faulty information and the numerous experts explained this to the public. Still, the strong current of individuals believing that their government and even all parties, regardless of the political affiliation, do not wish them good allowed the referendum to end up as it did.

Here, the same attitude is apparently on the rise regarding the Euro. As a cumbersome and ineffective system, it has many cracks in its armor. Any one of these could result in terrible if not fatal damage that would bring the currency down to a point of no return. If this happens, millions around the continent, but also the world, already know what will happen: the political elite will seek to minimize the damage, while the fallout impacts the market like a sledgehammer. After all, the same scenario was presented in the UK over the course of the days after Brexit.

Now, with digital currency, the same political elite are simply erased out of the equation. BitCoin is not swayed by political pressure and no national structure could put pressure on it for one or another reason. In the social climate where more and more citizens from a diverse range of countries stop trusting their politician and traditional financial leaders, an entity that could protect their asset which is outside of the political grasp seem like an appealing option.