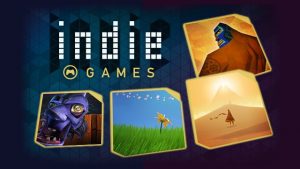 The entertainment industry, which was dominated over the previous several decades by the music and movie domains, currently has one ruler – gaming. Now, its profits easily outrank any other field of popular entertainment and the same gap continues to grow.

The industry juggernauts create profits that are measured in millions of US dollars and aside from some bigger clusters of game development companies in the western nations like the United States and Japan, the scene is very diverse, with success stories from every center of the globe.

This growth was spurred on by these main factors. The first one was the expansion of the Internet access across the planet, including mobile carrier data transfer alternatives. The second, equally important, is the breakthrough of the mobile devices, which expanded the potential gaming audience from several hundred million of desktop, laptop and console owners to over two billion-strong market.

In this environment, it is no wonder that the industry began to splinter when it comes to potential choices for new professionals. Today, anyone has a range of alternatives to choose from when they join the gaming field. Aside from the big and medium companies which are well established, a big portion of game development professionals decided to peruse an independent career, meaning that they begin working either in their own small studios or by joining other similar ones, usually numbering 10 or fewer employees.

But, making it as an independent or indie game development studio continues to be incredibly elusive. The rare success stories are widely reported on by mainstream media, giving the false impression that this is a normal state of the segment of the industry. Unfortunately, the reality is not anywhere near so reassuring for the small companies.

At the same time, one of the key problems is, as always, sources of income and ways these can keep the companies afloat and allow them to prosper. Potentially, one of the methods how this could be greatly improved for the indie gaming industry is the use of BitCoin. Here are the key ideas that could make BTC an important source of revenue for the same companies.

The reason why many indie developers took this route lies in their desire to have full creative independence when it comes to their products. Unlike huge companies which create games that are enormous, usually to a level where they become eSports at some point, the indie creators do not want the overbearing industrial-scale production that these companies use. Instead, they want to remain in control over what they make and how they make it.

While this notion works very well for the production process, the truth is that the same independence is nowhere to be seen when it comes to the financial dealings of the studios. They still have to go through the same process as any mainstream gaming company, including multiple elements that cut into the company’s already tiny profit.

When these stack up, the studio can find itself in a position of almost no power and plenty of financial pressure. Often, the same pressure leads to the developers closing the doors on their business and any project they were working on. Here, BitCoin could make an important and big difference. Instead of pushing the standard financial institutions like venture capital funds for funding and the banks when it comes to revenue, BTC plays in a league of its own.

Acquiring revenue using BTC is completely different than the offer of the traditional currencies. In this case, the developers would be free to create funding rounds which take place completely inside of the BitCoin community. A lot of the actual development could also be purchased and paid using BTC, having in mind that many in the industry are already BitCoin friendly.

The same currency has already proven itself in other end-user industries, which is why people regularly use it for betting with BTC online, shopping and many other things. Indie gaming would not have to be any different – in fact, many facts point out that it could be even more smoothly integrated into the same domain.

In other words, the BTC use in the development cycle could take place in a completely enclosed environment. This would result in BTC keeping its form from beginning to the end and not changing at any point into one of the traditional currency. An additional advantage to the process is the ability to gather funds in many different ways.

The freedom granted by BitCoin ensures that the developers would only be limited by their imagination when they try to figure out methods of financing. Today, most games are sold as either free-to-play or premium models, where the users have a single payment that procures the user this game. But, BTC could liberate this area completely, allowing for any type of transaction.

Aside from the already well-known alternatives like getting crowdfunded with BitCoin, companies could make games where the users pay their gaming sessions through microtransactions, where, for example, a single day of an open game and its contents costs a number of Satoshis. This way, people could only pay when they actually play and not for anything else.

A similar alternative could be devised through the merger of social media and microtransaction, where the gaming studio could either get direct funds or social exposure (which is often more valuable than small amounts of money). With BitCoin, the possibilities are very diverse and all of them could potentially help the studio greatly.

There are two big obstacles on the path to a full merger of BitCoin and indie gaming scene. First of all, different nations have different legislatures when it comes to BitCoin, which is why some might decide they stick with what they perceive as the “safe” option of traditional currencies.

Other issues might include a need to bring in dedicated BTC experts who could integrate BitCoin solutions with the gaming platforms and this is something many studios would rather avoid. Also, all of these will be played both in time and money.

But, while the starting phase might be rocky, the end results could make a world of difference to a small company. Best of all, using BTC does not close the door on other means of finance, only make the possibilities more diverse. Because of this, any small indie gaming company would be wise to try and get a foothold in the BitCoin network.