Industry News Coronavirus and its Impact on the Crypto Market 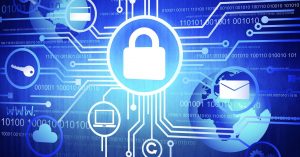 The start of 2020 quickly brought about what is turning out to be the biggest global health crisis in a decade. The coronavirus that started in Wuhan, a Chinese city of 9 million is now spreading across the globe. Similar to the 2002 SARS epidemic and the subsequent avian flu virus, this one appears to be both very contagious and able to traverse national borders, even continents in days.

Right now, there are cases in numerous nations across the world, including the US, EU countries and a range of African confirmed infections. It goes without saying that the world is becoming increasingly worried about the outbreak and what could it mean not just in a couple of months, but also in a couple of days. As the virus reaches more people, so does the same worry become even more apparent in different global aspects, including the economy.

As the world is already ridden with a range of hotspots that could become even more problematic, the virus is bad news even more than in its two previous outbreaks. Yet, like any crisis, this could offer some potential and possibilities to bitcoin in particular, but in general to all cryptocurrencies.

The connection and the shear strength of the bonds between China and bitcoin is nothing new. This nation is the leading supplier of bitcoin hash power, generating about two-thirds of the same network output. It is also a country that in many ways established bitcoin as a global trading asset.

Even today, China is the generator of big price changes in the open market of BTC, usually through the official developments in the country related to economic policy and finance. That is why in 2015, it was the repeated devaluation of yuan that began this price rally which turned into a historical bull run. While the prices might have cultivated at the end of 2017 when the BTC token price reached 20,000 USD, it all began in China two years ago.

Back then, investors and anyone who had a big cache of yuan quickly started looking for a way to protect their money. Being that the official exchange offices are tightly controlled by the government, the same money found a safe haven in bitcoin. The transactions in those months gradually pushed the price up and up, all the while creating a rising demand for bitcoin. Now, there might be a similar process taking place in the bitcoin community, but this time fueled by a very different cause.

Many experts point out that whenever the Chinese become worried about their yuan holdings, they turn to different mechanisms to protect it. Now, among those is bitcoin as well, but also other digital currencies. As the bitcoin becomes one of the more established alternatives to traditional safe havens like gold or other illegally brought-in fiat currencies, so its price changes reflect the same economic movements.

The same flight of capital might also be used to predict where a crisis is heading or check out how worried is the local population about any particular issue. The coronavirus outbreak appears to be able to impact the way bitcoin is traded in China and right now, it is sending the price upwards. For many, this is cause for alarm.

The element that really attracts so many users in China is the fact that bitcoin is completely mobile in terms of carrying it across national borders. A Chinese businessman might decide to move his family to a long vacation in France, but the money would arrive with them, in bitcoin form. All the same, businessman needs to do is to arrive with a digital wallet and bitcoin funds in it.

From that simple digital service, the same person can send a stream of money in practically unlimited fashion and support anyone for as long as they like. In France, the same family will easily gain access to the sent BTC and then convert it into euros or any other fiat currency. All of that is made possible thanks to the features of bitcoin that make it more similar to video games and esports currencies than any traditional means of payments.

This means that there is more than one reason for any Chinese owners of wealth to look for transferring that money – or at least some of them – into cryptocurrency, even if they do not plan to do anything like send their family abroad. However, with the outbreak of the coronavirus, chances are that more and more people of means in China are considering the very same possibility.

There is one element in the case of China which is more or less shares with any other country in the world – the current virus outbreak is generating incredible amounts of fear. The global media is dropping the coronavirus story as its headline topic only when something extraordinary happens.

However, in a previous couple of days, it is still on the permanent second place and is regularly rotated back to the top position. As the same cycle continues, so does the amount of panic in the global population growth. 150 years of stock market experience shows well what can anyone expect from a state of constant fear, where at any moment, things can get even worse. At the same time, the amount of bad news will continue to grow with a definite steadiness – new countries will report those infected and more and more people will be listed as deceased because of it.

However, barring the possibility of some unexpected mutation, the virus will likely have the same impact as SARS and avian flu – it will be just another flu epidemic very similar to the seasonal strains. During this time, it can be expected that bitcoin and other digital currencies will see a short surge as the China factor in particular kicks in. However, once the panic and fear end their news cycle, the price will almost certainly retract, even if it manages to hold some higher positions from those potential surges.