Opinion Could Cryptocurrency be “the Future of Money”? 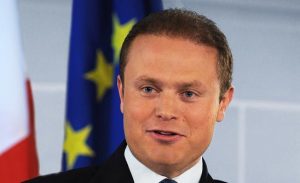 The discussion about the future state of the global economy is always raging in the academic circles, but also the business domain and the public consciousness. The same discussion is often segmented into different parts, some related to the individual fields of the economy like geopolitical relationships and financial consequences of market movements. However, they are rarely related to very big and very basic concept like the essential notion of currency.

Today, however, even that concept is fast becoming something that different people and organization all over the globe are examining. The main reason for this change is the appearance and gradual adoption of cryptocurrencies. The trend which started with the singular bitcoin has managed to become, under the banner of the blockchain, one of the handful of essential IT techs of the world that is to come.

In this regard, there are many who believe that the future of money lies precisely in this phenomena and the slow but sure process of it taking over from fiat money. While this would be a controversial statement just a few years ago, today there are countless individuals who are certain that the question is not if, but when will this transition take place.

At the same time, there are still many of those who believe that the same will not take place either soon or in its complete form of fiat simply vanishing. Here is where this discussion is currently going and some of the facts that both sides of the discussion frequently use to underline their point of view on this matter.

Malta is an EU nation that has been over the previous years one of the biggest supporters of not just blockchain technology, but also digital currencies, both existing and potential. Its government, headed by the PM Joseph Muscat, showed time and time again that their nation is open to business for cryptocurrencies.

Now, the same leader used an opportunity at the UN to again underline the potential of both crypto and blockchain, calling both an inevitable part of the world’s digital future. During a speech he held at the 3rd Session of the General Assembly of the UN general debate, Muscat stated that Malta is ready to become a Blockchain Islan. In the same speech, he explained that the country will become the first in the world to fully regulate the same technology.

Previously, just like it still is in most the other nations, the cryptocurrency phenomenon exists in a legal vacuum. The same statement is not just bolstering about the upcoming events. In June, Malta’s permanent pushed through three bills that were intended to regulate cryptocurrencies, distributed ledger technology or DLT and blockchain tech.

Malta’s pro-crypto business culture is already attracting companies to its shores. A range of businesses, including the globally important Finance digital currency exchange has set up offices on the island. Some of the made direct agreements and partnerships with the Malta stock exchange.

This is why some are describing the tone Muscat took as bullish about the same tech. He closes with the notion that blockchain does cryptocurrencies and the future of money that is inevitable, offering more transparency that will be able to filter proper businesses from fraudulent ones.

He even mentioned medical record keeping and the potential of the tech to make sure that the humanitarian aid is reaching its intended destinations. This should result in higher accountability for both individuals, businesses and governments.

Malta has definitely taken steps to regulate both cryptocurrencies and its underlying blockchain. However, it is not the only one engaged in this process. Other countries as well are working on providing laws and regulations that will rule the crypto field.

For example, Bermuda is determined to draw additional businesses to their nation by offering that the regulation behind ICOs can be provided under their national banner. The same country even setup up a task force that will oversee cryptocurrency commerce.

The EU has also recently acknowledged the inevitability of cryptocurrencies and started setting up its own ruled for crypto. Here, lawmakers in the European nations are trying to develop a solution for the standardization of ICOs that would allow any EU member state to approve initial coin offerings on their soil, staying in compliance with the greatest economic zone.

The Downsides of Crypto

Cryptocurrencies definitely have an impulse in the legislative domain that has not been seen on this scale ever since bitcoin started working as a network. More and more countries are waking up to the idea that the crypto domain will not go after a particularly bad market slump and that the mechanism governing it is more stable than any individual part of the networks.

This allows digital currencies to keep existing even when their prices go through the floor and additional ones to appear all of the time. Of course, this is the narrative that the supporters of crypto keep pushing when the future of the field is mentioned. However, this is still basically a defense against the idea that “crypto could go away at any moment”.

While this is not true, does that immediately make a statement of “crypto will replace fiat” true as well? It does not. Cryptocurrencies still have a range of issues that would hinder their overcoming fiat currency concept in its entirety. Firstly, crypto cannot guarantee that their networks are not open to malicious attack – again, no attack could destroy a cryptocurrency, but one could make using one extremely unpopular.

What’s worse is that the same could, in theory, happened to even the biggest cryptocurrencies in the world. It did not happen so far, but who can guarantee any reparations or insurances if that did happen? Finally, the volatility levels currently render any cryptocurrency almost irrelevant as a currency – the great majority of users perceive their crypto funds as assets, not currency.

Cryptocurrency does have a big role to play in the future of money. Like esports, social media and additional digital-native global phenomena, it can and is changing the world. However, the idea that it is the only possible future is wishful thinking on the part of crypto bulls.

In the coming decades, fiat currency will continue to exist alongside crypto. The dynamic of this coexistence will change and have its ups and downs. Yet, in spite of this, thinking that anything can delete the traditional currencies overnight (a decade or so would be a blink of an eye when speaking in historical time periods) is simply considering a very fringe possibility.