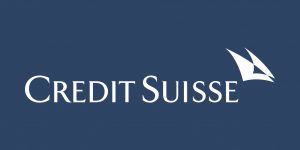 The momentum for the use of bitcoin outside of the tightly knit community of cryptocurrency is gaining strength for the second year in the row. What started in late 2015 as an alternative to Yuan is now becoming a global phenomenon of growth.

Recently, there have been many aspects of bitcoin that were examined by the mass media, including the potential for legislative changes in the US which would be spurred on by the new administration. This is a welcomed change compared to the mostly negative or curiosity-level reporting that followed bitcoin in the years before that.

But now, it appears that a big name on the global financial stage decided to weigh in on the issue of bitcoin and create a detailed assessment of its value and volatility. The organization in question is Credit Suisse and the results it generated attracted a lot of attention.

This attention could transform itself in many different vectors, most of which would be beneficial for the growth of the BTC community, but some of it could also transform into growth disadvantage. In any case, where is what the Credit Suisse report on bitcoin concluded.

In a relatively short period, Credit Suisse took up the creation of two different reports on BTC. The first one was focused on the issue of bitcoin volatility, while the other one tried to examine the potential of blockchain in the FinTech and general economic domain.

While the reports took form as articles published on the Swiss bank’s website, they were meticulously examined by its analysts as they tried to provide some important answers on the BTC issue.

The results are far from groundbreaking but still provide an interesting insight into the way a standard banking system perceives something very cutting-edge like BTC. Many already use bitcoin to bet online, procure goods and services and do many other things, but still, the bank’s perspective proved to be quite relevant.

The first article is named “Is Bitcoin Safe?” and tries to provide answers on the issue of the resilience of this digital currency, especially when it is compared with other traditional means of trading. Here, the report took two factors and compared it with BTC. The first was the pound sterling and how it was moving on the currency markets, while the second was crude oil and its price on the global market.

The study found that bitcoin was three times more unstable and volatile in its price than oil. When it was compared to the pound, even in the post-Brexit uncertainty, the BTC was found to be 11 times more volatile compared to the exchange rate between the British currency and the US dollar.

With this data, it is no wonder that the Swiss bank suggested taking very serious precaution when dealing with bitcoin. The article also mentioned that the digital currency comes with a set of unique risks and that the same factor related to bitcoin will not change in the immediate future.

Among the factors of risk, probably one of the most interesting observations is the idea that if 51% of the network comes under the control of a single entity, the same one could in theory stop all transactions. The basic idea of the bitcoin network and the reason it works on a P2P basis is to stop exactly something like this from happening.

In other words, the network is designed to be as decentralized as possible, so the notion of someone acquiring control of the same process is exceedingly far-fetched. But, at the same time, it is a technical possibility and the analysts at Credit Suisse obviously felt obliged to include it into their report, no matter how low the likelihood of this occurring might actually be.

Also, similar to the standpoint of banks all over the globe, Credit Suisse is worried about the security of the same network that could be open to malignant attacks and not just long-term takeovers. Here, the article commented the fact that only when more people enter the bitcoin mix, the procedures of the network really start to get additional complicated. These bad actors, as the article calls them, could really put a wrench in the machine that supports the network, regardless of the fact that it is a decentralized one.

While the first research article was interesting, the second one is ever more perplexing. The second article is called “Forget Bitcoin, but Remember Blockchain?” and it focuses on the underlying tech of blockchain. Here, the Credit Suisse credits the same tech as something which is similar to social media, machine learning or eSports in its ability to shape and change the everyday lives of many individuals, but also huge business and organizational systems.

But, the introduction of the article at the same time suggested that the existing bitcoin network is expensive and complex. Instead, the bank experts believe that the blockchain will be a much more powerful disruptor in the domain of finances, not only FinTech.

Once more, on a larger historical scale this is almost certainly correct because the future financial analysts will perceive bitcoin as also a part of the blockchain movement. However, there is little or no signs that the existing cryptocurrency is going nowhere. Instead, the writing on the wall shows that is further entrenching its position as the dominant digital currency on the planet.

The guard towards the digital currency is clearly seen in the Credit Suisse analysis. But, the same stance could have been well accepted from one of the most conservative banking environments in the world. Naturally, the same stance is no accident or a passing fad – it has provided both to the country and its banking sector a stellar reputation.

But, the key point is that bitcoin is not aiming for taking over traditional monetary mechanisms no more than PayPal wants to kill off the debit or credit card. In this regard, no matter how conservative the perspective might be, it is impossible to not notice how deep of a footprint BTC is leaving in the current world.