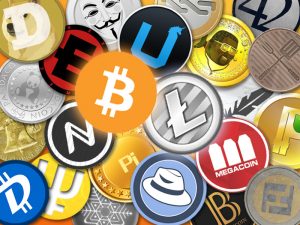 After months of stagnation and a heavy fall it took in March, bitcoin appears to be back in the saddle and ready to ride in style. For now, the trajectory of that ride points up and others in the crypto markets are hoping that they are in for it as well. The prices are definitely there to support such a narrative. In a matter of less than 10 days, bitcoin and its BTC token price managed to climb over 20 percent.

The halving is of course a key precursor to all of this and many analysts are pointing towards that moment in May as the firing mechanism for this bull run. While this seems more than possible, the fact is that once again, like in many periods when the crypto prices are moving up, FOMO is also coming back. It, or the fear of missing out, is that problematic source of investment for any cryptocurrency. Yes, those who fear that the time to invest in cryptocurrencies is now or never will bring in fiat money into a particular market.

But, experience shows that the same money will evacuate the same field just as the gauge on the upwards trajectory of the prices begins to point to the other side. After all, the same cycle already took place in 2018 with stunningly negative results for the adoption rates, especially for bitcoin. Now, all those who are in the crypto market for a more permanent reason than making a quick (fiat) buck are following the present price rise sequence and the amount of FOMO around it.

Like unusually, it was the trading volumes that gave the first hint that something is happening in crypto. The levels brought about a leave of the price beyond the 10,000 USD mark, which is an important psychological barrier. Quickly after that, the piece broke through the 11,000 USD level as well, bringing bitcoin back into the public field of interest suddenly – which also happened before using a pretty similar sequence. Once again, the price surge is tightly connected with a boom in retail trading.

These included weeks of exchanges across the global reporting bitcoin trading volume that is going sky high. Also, this is the point that saw many officials from the same exchanges point to the possibility of FOMO coming back. The exchanges are probably the best point to reveal a rise in the influx of those who are late to the party, being that they can gauge which traders are coming from new users.

Experts are labeling this process as momentum plays. This often happens in cryptocurrencies and crypto trading and 2020 is poised to bring about more of the same. As bitcoin is presently in a break-out point in time, the momentum is building. This was seen more than a year ago as well, in the first months of 2019. Back then, BTC increased to about 190 percent in value. This ramping up is something that is clearly visible not just for those tightly connected to the cryptocurrency domain and its trading aspects, but everyone else as well.

The reason for this is the mainstream media attention, which is the biggest promoter of the momentum plays, often completely unwillingly. Yet, the potential for the round-the-clock coverage of any subject in the world, including crypto, definitely pushes people into the market, many of whom are already deep in the FOMO territory.

As the price of bitcoin climbs, so does the amount of attention it receives from the mainstream global media. This is also a well-known pattern that has been seen around the world several times before, especially when it comes to Western media, who are quick to latch on to these novel economic and financial stories. The odd element here for anyone following the market is the cyclical nature of these media spotlights, which has the same story during every single bull run.

This includes a level of distrust for the technology, which remains unexplained to their audiences, along with a fascination that something which does not physically exist can attract too much real-world value. This freak show approach to crypto is perfectly suited for all FOMO weekend traders who are ready to risk some of their savings for a chance of making it big with that weird digital money. Yet, the vast majority of these will only end up losing the same money and also learn nothing from the experience.

New Records on the Horizon

The influx of new traders and investors means that bitcoin is once again poised for greater price increases. Many experts believe that a mark of 15,000 USD before the end of 2020 is more than possible. That would in turn begin 2021 with the potential of reaching the record of 20,000 USD not long after. That is what many in the crypto community are hoping for, because right now, there is an excess of money that is floating in the population. While this year and the pandemic assured that many will lose their jobs or will lose them soon enough, the governments around the globe are trying to combat the same issue using fiscal stimulus measures.

These brought about a big influx of money into populations that are worried about incoming dangers of inflation, consciously or not. Many of them will seek safe harbor for their savings and more than ever, bitcoin and other cryptocurrencies are not a viable alternative to many ordinary citizens. Gone are the days when BTC token could only be seen on crypto forums, esports events, and tech enthusiast gatherings.

There is another big factor in the development of a new rise in the FOMO wave and it comes in the form of apps. This is not related to apps built on cryptocurrency blockchain protocols. Instead, it is connected to things like the Robinhood trading app and other similar alternatives. All of them offer the possibility of low-cost trading and include cryptocurrencies like bitcoin in their inventory. Furthermore, the traders who are interested in crypto no longer need to immerse themselves in the procedure and elements of opening up and operating a digital wallet.

Instead, it too will be provided using an app like Robinhood. That makes the barrier of entry even lower than it ever was, especially when counting the more crypto-centric apps and services. Even with them, the fact remains that today anyone can start trading in crypto in a matter of minutes and without any special technical knowledge. This all makes a new FOMO explosion more than possible if the crypto prices keep their current upwards motion.