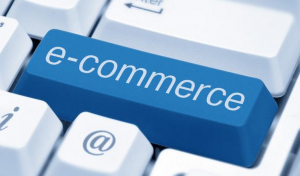 Although the presence of BitCoin as a global phenomenon continues to grow in the mass media space, one of the domains that remain a tough challenge is the retail industry. In spite of the fact that the same field spearheaded the development of the Internet in general, building giants like Amazon, eBay, and Aliexpress, the same did not translate to the domain of the digital currency. Still, many analysts simply cannot find a coherent answered why this occurs.

The problem is so exposed that some large developers had to scale down their projects concerning the retail sector, especially in the wake of the 2013 BitCoin crisis. Now, the price of BTC has stabilized and the mining and the development areas are more vibrant than ever before. Additionally, the blockchain tech is providing evidence that it might even surpass the BitCoin network altogether as both private and governmental parties enter its waters.

Yet, that big BitCoin retains portal that would employ the same cryptocurrency to service millions still fails to materialize year after year. Many other regular end-user activities, like using BTC to place online bets became commonplace, but the retail area is not able to catch up. While this might seem as a reality of the current BTC landscape, there is little doubt that one day, a company or a startup will be the ones who make a globally popular BitCoin retail portal a reality.

Here are some of the things that would help in making the same project see the light of day in the upcoming 12 to 24 months.

Understanding Why Others Failed

When BitCoin was launched, many immediately began thinking about developing a portal that would be used for retail purposes. Of course, the same logic seemed inherently correct, mainly because of the fact that online shopping truly spearheaded the adoption of the Internet-based computing devices at least twice in the modern IT history: first with the mentioned giants of online retail, then with the boom of the smartphones.

But, a similar scenario simply did not occur with BitCoin. At first, the number of digital wallets was exceedingly low, resulting in a global market that numbers less than a few thousand users. Later, as the number of wallets began to grow, the offer of any of the BTC-first retail location was not sufficient to make people spend their funds there. Here, many of these startups made errors in their marketing plan, which left them lacking a good promotional message or any real service that would bring in the users.

Now, any upcoming retail project will have to take both factors into consideration while it creates its version of a shopping portal.

Wallets Need to be filled, not just Emptied

There are many of those who are waiting for the critical amount of global digital wallets to rise over some benchmark. They believe that when the same happens, the time for the e-commerce portal that uses BTC will be right. But, the sad truth is that the same number will never be “large enough” for those who think in this manner. Even if the current number of digital wallets in the world, which stands as of April 2016 at about 6.7 million, went up tenfold, some might still argue that this is far below what even the smallest niche on Amazon brings to its offers.

Here, success has to include a formula that not only takes users BTC but also gives them some. This means that several strong programs, including affiliate offers, filling discount cards and anything else that a marketing division might come up with have to be employed. These would entice users who just stumble upon the portal to think about opening up a digital wallet once they attain even 0.01 BTC through some of these programs.

What is equally important is that these programs have to apply to people who do not already shop at this location, but might do this one day using the funds they collected with its programs. While this might seem like the idea of a store giving money to its customers to use the same store, the dynamic of the modern world demands these types of approaches. As the upcoming browser Brave will pay its users via microtransactions to be exposed to ads, the e-commerce website will have to pay them to spread the word or begin to use it.

No matter how big or small the development team for this project might end up to be, it will have to take the funds it invested in making the platform and spend at least the same amount in promoting it. Here, BitCoin entrepreneurs have to take a page out of the video gaming industry, especially those which develop AAA releases or those which aim for the E-Sports market. Here as well, the level of promotional marketing and its ability to target the right audience will determine the success of a release.

While true super-hits can become famous using only word-of-mouth, there is only a slight chance that any BTC e-commerce platform will have this on their side. Instead, it is more likely that they will have a solid offer (not a spectacular one) that will need to be promoted aggressively and constantly.

Of course, the same process will have to reside on months and months of market research, which will cost a small fortune, but without it, the process will be determined by sheer luck. So far, it is safe to say that none of the previous e-commerce projects had much of the same. The subsequent ones have to be a lot shrewder when it comes to the marketing and promotional demands.

In any scenario, a BitCoin retail portal will need to be a huge structure, both backend, and frontend. Additionally, it would have to run flawlessly from the first moment it goes live; even a small glitch that could stop its activity could be a project-killer, especially if the right amount of promotion takes place before it starts working. Because of this, the room for error is minimal and one of the valid reasons why people feel hesitant about moving into this domain. However, there is no escaping this necessity in any case, which is why sufficient resource needs to be allocated for testing and contingency planning.

The same infrastructure would need to be permanent and capable of providing a high level of security, optimization, and reliability. While this is not challenging from a technical standpoint (aside from security), attaining the same standard day in and day out is hugely demanding. That is why the final and most important factor that all would-be e-commerce BTC portal creators need to have is determination.

The project they would develop would be gigantic in every sense, as well as its potential payouts. Without the readiness to weather through many storms they encounter, they will end up as several projects before them, abandoned and forgotten.