Industry News What is Driving the BTC Price Surge? 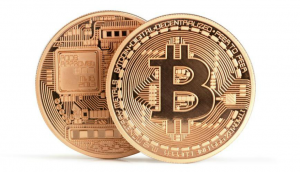 In the recent weeks, the price of BTC surged for almost 20% over the course of the weeks that ended on June 3. At this point, the value of BitCoin was the highest it has been in the last 20 months. While this is great news for anyone looking to make a profit by trading BTC, many are wondering what is exactly causing this price jump?

So far, the mainstream media connected the increase in value with a perceived increase in the demand that is coming from the Chinese currency market, which was spurred on by the recent Yuan devaluation. However, some believe that this explanation does not completely explain the same price rise. In fact, some analysts claim that the effect has to do with a range of developments in the recent months that took place inside, but also outside of the BitCoin’s digital ecosystem.

Naturally, all users of this digital currency, from those who use BitCoin to bet online to application developers, are working on figuring out where the markets will move next. To make sense of the change, a range of sources was combined to try and paint a more clear image of the activity that has elevated the price of BTC in the past several weeks, if not even months.

Xu Qing, who represents Huobi as a spokesperson, presented his explanation for the surge in BTC price. Huobi is a BTC exchange and Qing believes that the change in price has to do with the movements that are occurring as a reaction to the stresses that are being exerted on the Chinese financial markets. According to him, the devaluation of the Yuan does play a part in the BTC rally that has taken place, but that the Chinese stock market has been in a weak state ever since September 2015.

An investment like the BitCoin is easily accepted by the local traders as an alternative to stocks. But, others point out that the changes might be a part of an ongoing struggle of the Chinese investors when it comes to finding safer financial locations for their money.

Arthur Hayes, who is BitMEX CEO and co-founder, supports the notion that the devaluation of Yuan pushed BTC prices to a higher point. In his view, the panicking participants of the Chinese market acquired BitCoin in a drive to curb their losses. Here, the fact that the BitCoin is not a part of the official Chinese trading ecosystem did not deter anyone.

Additionally, he feels that the lingering fear of an another sharp devaluation is in the air. As the Yuan has been at its lowest strength since March 2011, it is completely possible to expect that a new devaluation might occur once more, which is reason enough for Chinese nationals with assists to move them to BTC.

The actions that occurred in the Asian markets have once more begun the debate in the BitCoin community about the trading that takes place in the region. Many have a perception that exchanges that are based in Asia are utilizing illegal or unfair tactics with the purpose of driving activity in the market.

Petar Zivkovski, who is the director of operations at Whaleclub, a trading platform for BitCoin, believes that the Yuan connection is heading the debate on the media outlets, but that it does not represent accurately the situation on the ground. He believes that the idea that the Chinese are buying BTC to protect themselves from Yuan devaluation seems legitimate and easy to understand, but that it at the same time paints an incomplete picture.

He points out that BTC represents a speculative asset and that the Chinese who want to protect their assets can easily buy Euro or the US dollar. These would serve an identical purpose when it comes to shielding Chinese residents from Yuan fluctuations.

Zivkovski thinks that the bigger story is not the movement in the price of the Yuan, but the overall improved sentiment of the markets to BitCoin. His platform shows that traders are increasingly optimistic about the future of BitCoin. He believes that amount them, many are certain that the price will continue to rise steadily over the upcoming period. He backs up this claim by showing that the cryptocurrency broke the $500 level on May 29, which set it to the highest point since August 2014.

The Attraction of Ether

Additional theories also exist about the rise in BTC value. Some are connecting this process with the BTC relationship with Ether, an alternative digital currency. Ether has been recently also gaining in strength because of its superior technology and Joe Lee, who is the founder of the trading platform called Magnr, believes that this connection is crucial. According to him, the interest in Ether is what has driven the rise in the interest in BitCoin as well.

The relationship that is being developed between these two currencies is causing some to see BTC as a cash-out mechanism for anyone who wants to take on the role of Ethereum investor. Others feel that the Ether currency could exchange BitCoin, especially in tech-oriented domains like E-Sports or cryptocurrency-backed social networking.

But others, like Daniel Masters from Global Advisors Bitcoin Investment Fund Plc., were not so certain about this interpretation. He pointed out that anyone who wants to attain BTC to purchase Ether would still need to offload the same asset, which would then dampen its value. This makes the possible link between the two digital currencies less likely of a reason for the recent rise in price.

When it comes to the path ahead, many observers believe that BitCoin will continue to gain in strength in the short term. But, at the same time, it is necessary to recognize that the same period also represents a higher volatility and will most likely fail to hold up the tempo over a prolonged period.

That is why many believe that the price will be tested around the $500 mark when the upswing peaks. Here, the future level of stability will be tested as a more realistic value according to the experts.

Naturally, as always, huge changes like a new devaluation of Yuan will play a role in the projections, even dictate the tempo for a period, but for the third quarter of 2016, the previously mentioned level of $500 will be the domain where BitCoin will find itself most of the time.