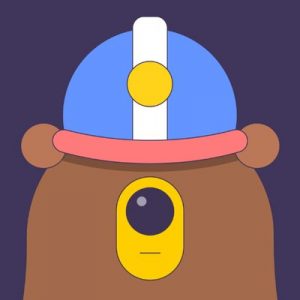 The issue of bringing in more users into the cryptocurrency market always remains a pressing one, even though the actual means of doing this remain elusive. The crypto community and all of its different elements have been trying for years to add more users to particular crypto networks but had limited success. The processes that have been tried included everything from celebrity backers to complex reward schemes that might be present in non-crypto concepts like eSports tournaments pool prizes.

While no one can argue that they did nothing, the issues are if their impact was tangible for the actual community growth. After all, the entire ecosystem has to grow in terms of users to be viable beyond the ongoing trading and investment scene that is the dominant part of the same community. An introduction of new users would provide the same community with more individuals who are not only looking to make a quick profit but actually see the crypto domain gain in strength and relevance.

Recently, however, there is a new initiative that is approaching the problem of adoption in a whole new way. It aims to help users from any part of the world utilize their existing hardware platforms to begin mining for the cryptocurrency of their choice. The idea and its effects could be far-reaching not just for the community of cryptocurrency users, but also the general state of the markets and where they could be heading in the future.

The Example of Honeyminer

Honeyminer is an application designed for crypto mining that allows its users to earn bitcoin and other crypto assets using their laptops and other hardware. The equipment that can be used can not only not be a mining rig, but it can also employ whatever resource it has at its disposal. The app is reaching a lot of enthusiastic new users and gaining traction fast across the world. The app makers recently revealed that its user base has reached 50,000 users in the short period since it launched in June.

Over 30 percent of the new customers come from the emerging markets while 5 percent come from countries in Africa. An explanation of a user from Kenya seems to be a great indicator of why the app is receiving such a great early reception. The users explained that he always had an interest in bitcoin, but also cryptocurrencies and the blockchain tech that runs them. However, he was never fully sure what they represent or how are they used in the real world. But after starting to use Honeyminer, he began to grasp all of that. Now, he is trying to get more money to buy a gaming desktop computer in the upcoming period. It would allow him to earn about $3-4 per day.

This would result in about $100 dollars per month. Of course, the amount could end up more or less depending on the movement of the market. But, whatever it ends up being, it is a substantial sum in the underdeveloped nations like Kenya. The price of electricity that ends up being used would remain inside of this price tag and ensure that this user and anyone like him can provide themselves a clear margin of profit. But, even before the new computer is purchased, the Kenya user underlined that even now, he is really happy with the service Honeyminer provides to him.

There is no doubt that the Honeyminer app is reaching users far and wide. Thousands from Indonesia, Philippines and India are coming to the app creators and downloading the mining client. According to the company behind the Honeyminer, they were able to reach a user group that is far bigger and a lot more international than they imagined. Fortunately, their basic infrastructure seems to be perfectly equipped to handle the influx of new users.

The Honeyminer app makes up a mining pool software that can work on laptops and desktops using over 1,100 different GPU cards, according to their makers. The Honeyminer app is then dividing the rewards of the mined cryptocurrencies like zcash and ether into BTC and depositing these directly into the wallets of the users.

Now the app creators are both impressed and really pleased with the amount of feedback they got from the users concerning the hardware types they are using. Now, they are saying that all this cacophony of different rigs and computers is working well and providing all involved with a crypto profit just as the original plan intended.

A Glimpse into the Future

Honeyminer is definitely onto something because it is an initiative that is able to provide the appeal of the crypto mining process to anyone, regardless what their potential is. Before these small-scale mining operation options, many were developing top-heavy solutions for the mining process.

These included expensive rigs and additional office space development that would allow crypto mining to take place, including AC and cooling services for the custom-designed rigs. However, a small-scale pool like this changes the playing field so that it allows people with almost no fund and no special equipment to earn money for their effort and computing power/electricity expenditure. Before any of that, there were some attempts at making the mining rigs in the form of dongle USB devices that worked as a plug and play option.

But, even these never ended up as something that was widely accepted as an alternative to high-end rigs. Now, Honeyminer appears to have managed to pull it off and make a platform that really puts crypto mining alternative in the hands of ordinary individuals.

As new users enter the crypto mining market, they will attain BTC and other cryptocurrencies that will be easily turned into online purchases, fiat currencies, and many other things. As this occurs, so will the same users become even more entangled with the crypto market.

Here is the true opportunity for the same market to try and keep these people in the system, even though most will likely go for immediate withdrawals and transactions into fiat currencies. For this, another layer of education and raising of awareness has to take place to ensure that a permanent adoption of new users also occurs.