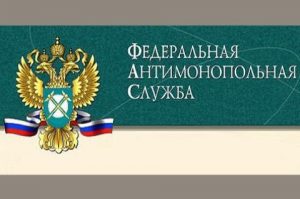 The rollercoaster that is Russian Federation and the blockchain and digital currencies apparently knows no limits. From a really defiant stance from several months ago where Russia declared that it will fight any appearance of bitcoin on its territory to a full 180 turn on the same topic, it is almost impossible to gauge where the country legislators are going on this topic.

Now, a new piece of news appeared which suggests that Russia, like many other nations, is actively working on blockchain technology that would be used in official processes, mainly tracking different documentation. While this is not something which is completely new because startups in the US are already developing solutions that would employ blockchain to provide citizens with access to public records, the Russian undertaking still feels very new and ambitious.

At the same time, it combines the hints of the elements which often follow many dealings in the Putin’s Russia: secrecy, unclear motivations and wider implications that it might appear at the first sight. Here are the details about the Russian blockchain projects and what does might it mean for the blockchain community as a whole.

While most associate blockchain with bitcoin and things like buying goods online or using BTC to bet thorough microtransactions, there is an infinitely larger potential in the same tech. An antitrust agency which is working inside of the broader Russian government is apparently testing a management system for documentation that is based on a blockchain network. It is currently being called the Digital Ecosystem and it is being devised as a set of tools that would increase the speed, quality, and reliability of all interactions that take place during an exchange of documents.

The nation’s FAS (Federal Antimonopoly Service) is working with a local bank, Sberbank, on its development. But they are not alone in this venture. Aeroflot, the biggest airline carrier in Russia and one of the most important ones in the northern Eurasia region is also involved, most likely working together with Sberbank. Andrey Tsarikovsky, a deputy chief in the FAS said that the project includes the main advantages, which is the reduction of the cost that comes along with excessive management of internal and exchanged documents.

According to him, the Digital Ecosystem provides first and foremost a decentralized system. With it, in theory, at least, the need for stand-alone data processing hubs would diminish or be eliminated completely. At the same time, the need for complex equipment and its protection would also scale down.

He said that Russia is one of the first nations in the world where the business sector and the government are actively cooperating in bringing in this technology to lower the cost of doing business. Not only that, the same tech would be able to simply operations that any business goes through, allowing for further savings in time, effort and money.

This trial is very interesting, but at the same time very confusing for many experts working in the blockchain. According to many insiders, there is a constant struggle between different factions inside of the Russian government concerned the topics like regulating “money surrogates” like bitcoin. But, while this is ongoing, the supporters of the blockchain tech are testing its potential on both national and local level and Digital Ecosystem is a prime example. By having both Aeroflot and Sberbank, it can be labeled as something that is trying to be low-key.

In August this year, for example, the government of the City of Moscow revealed that it was experimenting with blockchain as a mechanism that would stop potential voter fraud. At the same time, the presence of Sberbank suggests that this financial institution cannot be only interested in document management systems and not think about employing blockchain for its primary business operations.

Additionally, the same bank is a full member of the Hyperledger, run by the Linux Foundation, but also an entity that expressed its interest in blockchain regularly in the past, citing the potential for collaboration with other companies in Russia. Now, this apparently began to materialize, but still at least formally, far from any notion of money surrogates which is clearly very undesirable in some elements of the Russian government.

The news further underlines that Russia is in business when it comes to blockchain tech. Regardless of its sometimes latent and sometimes very clearly manifested animosity towards BTC, the government of the country is clearly looking to use blockchain.

Animosity towards bitcoin is easily understood because the Russian state approaches any potential threat to the current establishment very seriously. That is why, like its Western counterparts, it has extensive surveillance of it citizens, even when it comes to obscure methods of communication like chat rooms inside of eSports video games and many more places. In those circles, many see BitCoin as a means of sponsoring anti-government elements without any oversight.

In this case, however, what is implicit in the reveal of the Digital Ecosystem project is that it will not only offer a cheaper and streamlined documentation environment, but also a new mechanism that works against fraud, corruption, and other similar deeds.

Like all post-Soviet countries, Russia is still using many remnants of the old system of extensive bureaucratic pathways and an abundance of documents. While this regularly chokes regular businesses, those who have an inside knowledge of the system can play it to an unprecedented level. The same process essentially allowed many individuals to become millionaires of even billionaires in the 1990’s.

Now, with the overall assertion of Russian power in practically every domain, this internal openness to corruption of its system is also being scrutinized. Blockchain, as a very advanced tech solution, would put many of those who took advantage of the current system completely out of business.

While some might argue that the Russian government is simply trying to instate a monopoly on gaming the system for their own purposes (the Panama papers showed a lot of worrying facts pointing towards the very top of the Russian political system), nonetheless, the effort could bear fruit for the ordinary citizens in a really short amount of time.

This way, they are most likely trying to stamp out low and medium-range corruption inside of the country, which will definitely be something that the Russian citizens will support. Because of this, it could be that Russia is one of the first nations to really put blockchain to work in its own governmental system.