Opinion Is Ether Breaking towards the $500 Price Range? 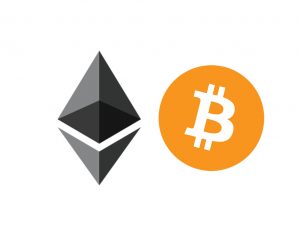 The news for all those who hold or have been investing in the ethereum network has become excellent in the previous 48 hours. In this time period, the second largest cryptocurrency began its rise in price that has broken its previous record. The price hike has since then encountered some resistance points, but many believe that the $500 price tag is clearly in range.

The rest of the cryptocurrency domain has also been feeling the love of the investors with millions of fiat currency going into the general market cap of these digital currencies. The biggest winner aside from ETH is naturally bitcoin, but others have seen a lot of money going into their networks. All appears to be heading towards a great end to a great year for the cryptocurrency market.

But, at the same time, many are rightly wondering what is fueling the market cap increase and where could it be heading next. This is especially relevant for the ETH and its network, in which many have high hopes, both in terms of development and investment. Here is the analysis of the recent movement on the ethereum market and where it could go next, now that all seem to be eyeing the $500 price range.

The two biggest cryptocurrencies in terms of market capitalization continued their rallies, all on the tailwind of breaking thought records. First, BTC attained a price tag of $8,470. But the record that was taken down by BTC was not the only one.

After several months of lagging behind or even dropping dramatically, ETH has finally arrived at the party. Now, ETH has managed to break the record set earlier in 2017 when one coin was traded for around $413.

The same record was surpassed by almost 20% when ETH attained the price of $485. The price has since oscillated in the $450 – $470 price range even though many had hoped that the barrier to $500 would be broken as well. But now, with the start of the weekend, it looks like the resistance point will continue for a few days at least.

Yet, the recent history shows that no one should be completely certain about this. There is a real potential that the ETH price will suddenly surge over the weekend and get to its next mark point or even surpassed the same level.

The capitalization of the entire digital currency ecosystem has never been higher. Currently, it stands at over $267 billion. In this sum, the bitcoin network covers more than 50%. Its market cap is valued at $141 billion.

This is an outstanding sum and it shows that 2017 has been truly revolutionary for the cryptocurrencies. But, at the same time, much of this sum is focused on only a handful of digital currencies. Among these, ETH is the undoubted second place on the market capitalization list.

This did not allow it to follow BTC in terms of overall popularity and market access, even though it was in a clear upswing during the start of the year. Now, its price appears to be positioning itself for a new level that could be attained even before the end of this year.

Like it often happens, the analysts are trying to figure out what is causing this ETH rally but have a hard time reaching a definite answer. ETH is used for many things, just like BTC which is employed for online betting, payments, purchases and everything else, just like fiat currency. Analysts agree that this has not happened because of a change in consumer numbers or activity. Instead, something bigger and more poignant is at play with the ethereum network.

The rally was led by the trading sessions in South Korea. From there, the trend started to spread and soon the ETH price was rising and going for the previous record. It is important to note that trading changes like rallies often start in this country.

As a developed nation with a huge industrial output (South Korea represents 2% of the global economy), it has the power to pump in or pump out a lot of money into the cryptocurrency market. Also, its affinity for all things digital, whether it is eSports or smartphones, is also well-known. Now, it has managed to boost ETH to a level where its price has never been before. But, this is not the only reason for the price spike.

Another big part of the rise in the ETH price has to have something with the Parity situation. Recently, it was revealed that the network will not go through a contentious hard fork so that it can recover over 500,000 ETH coins which are currently trapped.

The same sum is frozen inside of the multi-signature wallet bug of Parity. This ethereum wallet service provider has not been able to provide any solution for this issue. While this is bad news for the owners of the same ETH coins, which are worth over $240 million, it is good for everyone else in the same environment.

It is clear that any hard forking at this point was unwanted by the vast majority, including some of the owners of the trapped coins. The reason for this is the fact that a forking could produce a series of additional problems which potentially would not be limited to the Parity funds. The decision not to fork was seen by many as a green light to invest further in the network.

In the near future, it appears that the $500 price is in sight. Will it be reached by the end of 2017 is anyone’s guess, but the forces are definitely aligning towards that objective. But, as long as the overall environment for the ICOs remains slightly negative, ETH will not get its big development chance.

This is also the reason why it could really provide something outside of the bitcoin realm of influence. With this in mind, the chances are that the long-term resistance point will be reached around $500 and that the owners of this cryptocurrency will have to wait some more for a bigger price hike.