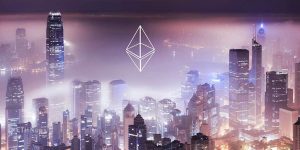 As ethereum becomes the world’s second-largest cryptocurrency once again, the users and the rest of the crypto ecosystem are wondering where is the network heading in 2019. The question is rendered even more relevant by the fact that the cryptocurrency is undergoing several important changes in the new year, including the one that is very near – the Constantinople Hard Fork.

This is expected to take place in the early January and with it, the network could attain important changes in the way ETH and its overall mechanism function. Here are some of the most relevant facts about Constantinople and why it could signal a year of further growth for ETH.

Ethereum Constantinople represents the latest hard fork for the same blockchain network, which is under development for some time. As a hard fork, it signifies a change that is radical in its nature. As a protocol, it will make the previously involved transactions or blockchain blocks valid, or do the vice-versa. With Constantinople, all users and nodes will have to take on the upgrade to have the protocol working and with it, the entire ethereum network.

If some nodes decide to keep onto the old protocol, they will branch off into a new network, splitting ethereum as it was the case with bitcoin and bitcoin cash. However, at least at the present moment, there is a lot of information that this will not occur and that all relevant players on the network will switch to Constantinople when the update hits on January 16, 2019.

The importance of the ethereum network is not only in its market cap or token price. Instead, it offers a system that provides a range of benefits and tech advantages that are different to other cryptocurrencies. This allows it to be a deeply relevant concept in the blockchain domain, which provided the ICO boom, smart contracts that are automatically recognized, created and executed, among many other things.

Compared to the bitcoin, for example, it is a distinctly more advanced network and today, it has embedded itself in many online ventures, from initial coin offerings to esports betting platforms.  Because of this, many eyes will be on the network as the fork goes underway and in the weeks after it starts fully working.

Constantinople is not the first hard fork that appeared on this cryptocurrency network. The first one was Byzantium, which already took place as one of the first moves in the network’s transition from a blockchain based on the proof-of-work to one operating on proof-of-stake principle. By all accounts, the revolutionary principle that will provide the network with the next step in the development of cryptocurrencies will be one of the biggest news in the crypto domain of 2019, if it lifts off in the next 12 months.

However, Constantinople will not complete the process, only start its next phase. Aside from that, the network upgrade will also make the ethereum’s platform more private and secure. But, it will also change the results of the mining process, bringing down the reward from 3 ETH tokes to 2 ETH per every mined block of ETH. This will all have a clear impact on the price of the token and the entire ethereum market movement.

Those fostering a bullish mentality will surely be excited about the prospects of a bull market in the wake of the forking. In the past, any successful hard fork on almost any network came as a big boost to the token price, as if the traders on some level always feared a fork resulting in some network issue or damage. So far, the same never occurred and nothing shows towards the possibility that it might come about in the case of Constantinople.

In the long run and looking from a developer perspective, the fact that this fork brings about new features and solutions should be an indication of a higher value. Yet, the truth is that many individual investors and traders simply do not see things from that perspective. Instead, they rely on the mechanisms that allow huge price swings but do so at the expense of volatility. Of course, none of this changes the fact that the start of the forking process will swing most likely wildly in the first hours of the Constantinople launch.

It is also important to note that the same forking could trigger a bear market if something unexpected occurs that is not of a purely technical nature. In that unlikely case, the same information would put doubt on the further development and thus make the investors more conservative when it comes to investments.

Finally, the bear market could start without any clear correlation to the hard fork or any other event that can be perceived easily. After all, events of this type in both the case of an upward and downward swing are frequent and abundant in the cryptocurrency arena.

Still, when the recent price of ETH and its gradual rise from the low $100s is taken into consideration, there is a distinct possibility of a price hike. The speed of the hike and its overall impact might be debatable, but in the short-term, Constantinople is almost sure to bring up the price of the ETH.

There should be no doubt that 2019 is going to be a very important year for this cryptocurrency. In this period the big upgrade of Constantinople will take place at the start of the year and in many ways, dictate how the process continues in the coming months. This means that the network stands a change of getting its procedures upgraded and boosted, but also a chance to encounter many potential problems.

All of this will reflect on the price and the network potential, but still, in any case, the upgrades show that ethereum is ready to dream big and do it now. For any cryptocurrency network that is gunning for the long game, this is the most important benefit it can have to make it stand up in the crypto domain.