Opinion Expanding the BitCoin User Base in the United States 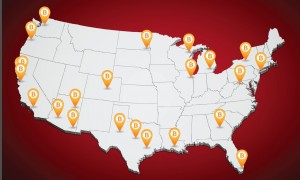 In the recent months, there has been plenty of news surrounding BitCoin network development and maturity. As the cryptocurrency slowly embraces the change that will resolve the block size issue, the system begins to show a willingness to act as a single entity.

While there might be some disagreements inside of it, the overwhelming sense is that the miners and the developers are finally beginning to act together for the betterment of the network. All of this points towards a continuation of the network growth for 2016, most likely well into 2017.

But, at the same time, the growth is not reflected in the end user numbers. Currently, there are about 100,000 digital wallets in the world, making up for a huge pool of cash, both BTC and fiat currencies that are entering and leaving the system. There is little doubt that the same network is ready for a bigger influx of ordinary users, but, the same influx keeps on being elusive, especially in the one of the most important financial markets in the world – the United States of America.

In the US, it appears that small numbers of citizens are even aware that BitCoin exists as something that is not purely a digital playground for geeks, E-Sports athletes, and other tech-oriented individuals. Of course, the same trend can be changed and here are some possibilities how this can be achieved.

BitCoin is in its most fundamental essence a digital currency. But, when it comes to public perception, the same phenomenon can be experienced differently. What is even more worrying for the BitCoin community, it can be perceived in a myriad of different ways, making any cohesive public image inconsistent. Instead, the same image is fractured into several versions, out of which everyone perceives BTC as something problematic.

These include the notions that BitCoin is unstable, that it is used only by money launderers and criminals and even that it is under the influence of some shady foreign power. These ideas are pushed into the public consciousness through several independent channels, including semi-informed news media and the completely uninformed pop culture like movies and TV shows. In fact, even some positive inputs can be harmful, like the idea that entering into the BTC network means that a person might get incredibly rich overnight.

In this miasma of half-baked information, ordinary people rarely form a positive image of any phenomenon. Today, especially in the US, this is reflected in the fact that people either do not know anything about BitCoin or think it is a scam/crumbling system. The same perception is a disadvantage when these same individuals are offered a chance to try BTC out for themselves, especially because, as with any currency, the initial experience will not be mind-blowing.

For this public opinion to change, a direct and conscious effort needs to be made by the BitCoin community.

Tech evangelists have become a regular occurrence in the IT industry. Even though this term is relatively new, the same profile of the employee (or activist who act on their accord) existed for more than three decades. These individuals are tasked with spreading the world (and their enthusiasm) about some tech possibility to the wider public.

It appears that the BitCoin community needs these people as well. There are plenty of startup founders and venture capital investors who are willing to talk to their peers about the benefits of BTC, but this talk should be brought to the end users as well. This way, the base of the BitCoin network can expand, and the US is an ideal location for this process.

Here, BTC evangelists could focus on groups which would appreciate this cryptocurrencies, like libertarian and off-the-grid communities. Because of the independent nature of BTC, these should be interested in it.

On the other hand, public spokesmen would also help a lot in growing new user engagement. These could include anyone who is already in the public area, including celebrities from all walks of life. While this might seem a bit populistic, the fact remains that these people speak very effectively to the younger individuals. A 21-year-old today could be ready to open their first digital wallet in less than a year if their favorite pop star starts to sell concert tickets at half price using BTC.

A Clear and Relevant Message

The communicators of any message can be only as effective as the message itself. That is why the message spread by the evangelists and spokespersons needs to be well crafted for the different demographic groups.

For example, telling the right demographics that betting online using BitCoin is more effective, simpler and safer than using traditional means could be enough for them to open a digital wallet. Others should receive a different message, but everyone should be told something about BTC that is relevant to their wants and needs.

In general, members of the public do not need to hear details about how blockchain system operates and why they are groundbreaking. Most individuals hardly understand the traditional banking system and BitCoin is notorious for confusing even their current users.

Here, BitCoin pitch to the general public should be similar to car salesmen: some people might care how a fuel injection system works, but everyone wants to know how many miles per tank the vehicle can give them.

With a proper message crafted in an appropriate manner, a lot of individuals in the US could start to wonder about getting their BTC digital wallet.

A Need for the BTC Community to Act

Nothing that was previously mentioned will come spontaneously. Instead, they have to be crafted by a marketing team or several teams, from the initial plan all the way to the evaluation of the results. This will neither be cheap nor fast. Like when it comes to the block size issue, the community needs to act together on this.

Firstly, a combined fund should be formed, and an oversight board set up to run it. The money should be then used to hire a marketing company and set the targets. From there, the gears of promotion should start to turn slowly and bring in new BitCoin users in the US.

The same approach and overall system (even an improved version of it) could be then used in other countries around the world. This way, the base of end users could grow and the network gain in strength, along with a steadily improving public image that should end up adding even more users. But for any of this to happen, the BitCoin community needs to act together and as soon as it can.