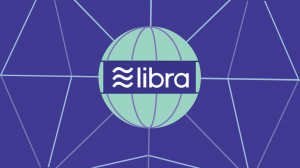 After media attention that was nearing fever-pitch levels in recent days, Facebook has finally revealed its latest massive project – a cryptocurrency called Libra. One of the most important news from the actual launcher comes from a relatively minor-seeming point, but which is important for millions of privacy-focused individuals.

It concerns having access to a Facebook account and the company was clear about this. Users of Libra do not have to have a Facebook account.This is just one of the factors showing how far-reaching the project is.

Besides the primary company, there is a large number of satellite business, include Libra Association that has the backing of the biggest tech, finance and retail companies in the world. Presence of Visa and Mastercard according to many experts point that the venture is already fully accepted by the world at large. Unlike cryptocurrencies including bitcoin, this token will have little problem in finding legitimacy.

It is still early for the cryptocurrency and the plan for its use and adoption is bound to change drastically over the coming months. However, currently, the initial focus of the Libra token will be on the massive field of international remittances, which is already strongly tied to existing cryptocurrencies. To do this, Facebook has developed a system mirroring any decentralized cryptocurrency.

Another associate entity, Calibra will start its digital wallets and these will be used for Libra coin. With the wallet, the users will be able to transfer funds between each other and store tokens on their local devices. Libra wallets will be accessible using standalone app available on Android and iOS, but also through WhatsApp and Messenger services. The Libra blockchain should be fully operational in 2020, but no precise date has been assigned.

Access that these apps provide when it comes to financial services could be incredible, dwarfing everything besides the most massive fiat currencies like the USD, EUR or big Asian alternatives. Whatsapp has 1.5 billion active monthly users in 2017. At the same time, across the world, 1.7 billion adults do not have access to banks or banking services.

Some of them live in remote parts of the world while others in nations that have been stricken by conflict or other instability. Most have both factors in their lives. Now, Libra aims to empower all of these individuals and offer them basically banking services. Half of the world’s population does not have access to an active banking account. Naturally, the numbers in this regard are worse in the developing nation and especially women.

This is why remittance is such a big and natural focal point. With this remittance money, families in poor nations can survive thanks to their relatives working in developed parts of the globe. Remittance channels remain their lifelines and Facebook hopes that Libra could enter the same playing field in a major manner. The company is even looking further, thinking about access to credit and cutting down otherwise large remittance fees to change the entire landscape of this industry.

Facebook Libra has already gotten some serious backing. Uber, PayPal, Mastercard, and Visa are all standing behind the new crypto token. The Wall Street Journal reported that the social media signed over a dozen high profile backers for its initiative. This stable coin saw each of the new backers invest about $10 million in the project. This is also forming new and growing consortium behind this cryptocurrency.

MercadoLibre, Booking.com, and Stripe are also a part of the project, even though the WSJ is not specifying what their different roles are going to be. Yet, this is not a surprise behind that the Libra launch was announced last December and Facebook revealed gradually it was working on it since the end of 2017. Still, the backers are more than the impressive group.

This mixture of high-tech companies, financial service providers and huge retailers covers almost the entire range of monetary uses for regular users. PayPal, in particular, is important because having in on board would allow users to exchange between Libra and fiat currency easily. This ability is surely one of the key adoption factors for those who are interested in primarily attaining a means of transaction that is fast and easy, not keeping crypto in this form.

The space in which Libra is going to function is not, unlike most of Facebook’s ventures, set in the domain of digital services. This makes Facebook more similar to an esports league than a traditional bank. This will change wit Libra and its potential. Instead, it will operate as a financial service. This is why Calibra wants to follow a range of know-your-customer and anti-money-laundering regulations.

The company also registered with the US Department of Treasury and wants to work with a money transmitter license in the same country, or at least states that perceive crypto as any other money. This is just a part of other wider initiatives that would ensure that Calibra is treated like any other financial service and thus has all of the abilities as, for example, PayPal.

Not surprisingly, Facebook and Calibra see this initiative as only the beginning of a growing ecosystem. Other wallet providers that use the Libra protocol will be able to build upon it and launch new networks once this one begins working in early 2020. The wallet technology, otherwise a crucial part of any cryptocurrency infrastructure, will be as secure as possible.

It will cover anti-fraud procedures and additional verification that credit cards and banks use. Furthermore, the network will employ technology that will scan the system for any unusual behavior to stop fraud and scams.

All this points to the fact that Facebook ultimately wants to build something similar to the ethereum network where other developers will use its basic setup. With the reach that the Libra will have and the financial potential of the mother company, this seems like a feasible goal. Of course, there will be many hurdles, like Facebook’s privacy reputation, but also a lot of determination to make Libra into a global phenomenon.