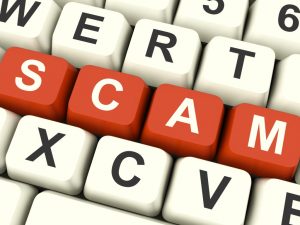 As always, bitcoin is an online structure that has to fight tooth and nail to keep its reputation on the upswing. Now, ever since the network pulled through the difficult period after the 2013 crash, the digital currency has steadily been improving in the minds of the general public. The same trend is visible globally, including in the key nations like the US, which for the first time include prominent government members who are digital currency advocates.

The success is deserved and hard-fought. During this period, the bitcoin community was able to provide a clear notion (or at least, a clearer one than before) about the benefits of having BTC and using it. Ether and zcash are one of the most prominent offshoots of the blockchain FinTech advancements which have also begun their lives on a solid footing.

At the same time, problematic digital currencies like OneCoin have been openly addressed by the members of these communities which allowed the media to distinguish them as something outside of the valid FinTech domain. However, in spite of these successes, the fact remains that bitcoin is an open-source concept which, like any other currency in the world, can be used for illegal dealings.

These include both those dealings that simply use bitcoin as a medium of exchange and have nothing to do with it aside from that, but those scams that are in some way built around BTC. During the recent months saw a rise of “ventures” that are trying to combine the idea of social media and bitcoin. Here are the most important facts about them, along with some key ideas how anyone can protect themselves and their legit endeavor against them.

The Rise of the BTC Social Media Scams

As BTC became a lot more popular, so did the notion of procuring slowly begin to enter the public mindset. According to the new analysis conducted by ZeroFOX, a new form of scams rose to prominence after one bitcoin became more valuable than a single ounce of gold at the start of March 2017. While completely irrelevant in the bitcoin community, this type of plastic comparison got a lot of traction in mainstream media, which also led to a huge exposition.

Once this took place, ZeroFOX tracked well over 3,500 active URLs that were connected to some kind of a scam and which were shared over social media. These were, on average, shared 24 times in one 24-hour cycle. More worryingly, the report found that bitcoin scams websites and other URLs were shared about 126 million times over the entire observation period. Most URLs, after they have been created, were shared more than 5,000 times on various social media.

This mass of exposure shows that the issue is serious and potentially exceedingly harmful. Today, as a huge part of the global population uses social media, any successful scamming method can produce an incredible level of damage and do this in a very short time.

The paper examined not only the frequency of sharing, but also the forms in which these bitcoin scams were presented by their creators. The first group included sending visitors to URLs that were malicious. The second group covered scams that were based on phishing operations that were designed to get bitcoin users private keys. As millions use bitcoin wallets to bet online, purchase services and goods and do plenty more things, there is a huge amount of money on private accounts – getting keys would most likely include cleaning the same accounts completely.

The third group includes a process called bitcoin flipping, which is based on the idea of investors being promised very high reruns on their BTC but only when they pay an upfront initial fee. Finally, the fourth group included schemes that the ZeroFOX team defined as bitcoin pyramid schemes. These were basic Ponzi scams that promised high-yield ROI on a small upfront investment.

In this selection, it is clearly evident that the scammers are using a very versatile combo of bitcoin-only concepts and old-fashioned scams which are literally centuries old. Like always, the same people are clearly open to the BTC network, but there is a way how anyone who is there for regular and legal activities can recognize and avoid these scams.

In the report, the team at ZeroFOX provided some simple recommendation when it comes to bitcoin users and these scams. With digital currency, as with many other online ventures like eSports and members-only clubs, for example, having the right approach is more than critical. That is why the team suggests that users should not help anyone in the mining process. In this regard, the track record shows that these investments underperform regularly as opposed to simply holding BTC in private wallets.

But, when it comes to social media, the team recommends that no transactions of BTC should take place if the first contact between the parties is achieved through direct messages and no prior acquaintance. As they examined the mass of observed behavior, ZeroFOX concluded that almost all of these transactions end up being damaging to the party providing the payment.

Both ideas present a very effective solution to most problematic situations the users might find themselves in. Besides them, there is also the question of general mentality when it comes to approaching any bitcoin opportunity.

The final level of protection against any bitcoin scams that are pushed through social media is the idea of general mindfulness when one is presented with a business opportunity. While it pays off to be open to business ventures, including those in the realm of digital currency, a level of precaution must be kept. Otherwise, the same person risks their money and their personal data to potentially malicious parties.

But, with this cautious mindset, individuals will be able to distinguish real opportunities from bogus ones. Valid opportunities will often bring less profit and look far from perfect in their conceptual phase, but here is vital to remember that scams always sound great at first.