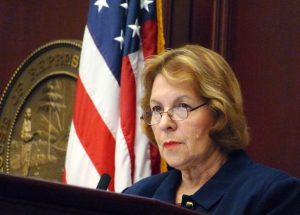 In many ways, 2016 will most likely go down in cryptocurrency history as a year of many pleasant surprises. These mostly came in the form of support and acceptance from unexpected quarters of different countries, including those which seemed adamantly opposed to digital money just a few years back.

Recently, another surprise like this came from the US state of Florida, where a senator in the state legislature is working on a bill draft that could end up recognizing BitCoin as fully-fledged money in this part of the US. Senator Dorothy Hukill, who is working on this bill, made it known that the same document is only in its early stages of development, while she focuses on the need to balance out the protection of both startups and consumers.

Her initiative is even more important because of the fact that recently, a judge in the same state has thrown out charges in a criminal case because of the fact that BTC did not fit into the states established a definition of money transmission. Because of this, the implications of passing this bill cannot be overstated, especially when the nuances of the story are examined in full detail.

The senator which began the initiative belongs to the Republican Party and represents the Eight district of Florida. She serves as the chair of Finance & Tax Committee, which provided her with ample experience when it comes to monetary and financial regulation. But, Hukill was quick to play down any immediate impact of the bill which is the first of its kind in this state, but also one that is currently in early stages of development.

In a statement, the senator said that it is necessary to recognize BitCoin on some level, mainly so that protection to the citizens can be granted. After this initial mission is established, the BTC will need to be regulated in some form. Currently, she has not defined an exact date when she believes that the bill will be completed.

But, she hinted that the objective of her office is to submit the bill to the designated body, in this case, the Florida State Senate in this calendar year, meaning before 2017. The Florida’s legislative session begins in the late March, but currency, the presidential election season is under way, so Hukill explained that the biggest efforts of her office will take place after the elections have finished. Still, the expected timeline sounds very promising.

This is really exciting because it shows that the desire of Hukill to do something about the BTC legal status. In the US, like in many other places across the globe, people from all walks of life use BitCoin to bet online, purchase goods and services and do many other things. The idea that the same is completely invisible to the legal system of the US is almost unbelievable.

The initiative in Florida is just one in a sequence of similar initiatives that are being attempted on the state level. Before it, North Carolina, New Jersey, and California, as most prominent among a group of others, began moving in this direction. However, this often led to controversies in which the legislation became embroiled.

This time, Hukill did refer to the backlash that was produced by the New York licensing regime called BitLicense. She said that she hoped that her bill would end up encouraging innovators instead of placing them at a disadvantage.

The senator also pointed out that this bill is needed because of the growing interest BitCoin is generating as a form of money. In fact, she cited some of the local businesses that are accepting the same digital currency even now, before any legal protection could be granted to them.

In her view, companies are starting to use BTC at a growing pace, which will make regular citizens wonder what this is and how can they use it. Because of this, protection should be granted to those who might end up using BTC without realizing fully what it is or how does it work. While the current user base is mostly tech savvy, the growth will undoubtedly involve much more people who might know very little about the BitCoin network.

The initiative of Senator Hukill is exceedingly welcomed, especially in the political climate where Republicans were often portrayed as those who are hostile to any form of change, including technological. But, as a party that prides itself in its focus on the entrepreneurial mindset and the personal responsibilities, BitCoin is actually a very good fit for its general political narrative.

But, at the same time, Florida is known as a conservative stronghold which includes a large number of senior citizens who will be a tough demographic for BitCoin adoption. This leaves Hukill vulnerable to partisan attacks that could undermine her initiative in the no-bars-hold conflict preceding the presidential election. Here, the decision to focus on the elections that Hukill made for her office makes perfect sense.

As long as she can keep the legislature out of the murky waters of partisan attacks and bickering, the bill stands a chance. Along with being a hotbed of conservative voters, Florida is also a multicultural state where a lot rides on the local tourism and commerce possibilities. While doubtful many believe that the same state will become a bustling developer hub, the user acquisition could be substantial if the BitCoin wagon starts to roll in the state.

Here, through the combination of visitors bringing their own digital wallets and the locals accepting BTC as a form of payment, the environment could showcase the BitCoin opportunity for regular people. Big events like concerts, parties, sporting, and eSports competition could all include many young BTC adopters who could provide payments in the digital currency.

This way, any business could greatly profit from this technology, even those which are not traditionally connected to the tech market. A working example that Florida could become should be enough to steer the legislature in other states towards accepting BitCoin as a form of money and not trying to stifle it out.

Hopefully, Hukill will have all that is needed to push the same bill in the second quarter of 2017 and make this notion a reality in her state.