Opinion Gaming, Brexit and the role of Crypto in the future of the UK 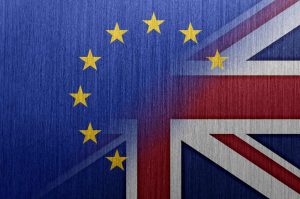 The Brexit process is slowly but surely turning into an even bigger quagmire of politics and economics than even the most pessimistic analysts predicted. The problem is not just in the fact that an unsure future is in front of the EU, UK, and entire Europe because of it, but that fails to end, one way or another.

Instead, times of crisis are followed by a period of induced calmness where almost uncanny, the focus of the public, even in the UK, shifts to something else. Yet, in spite of all of that, the danger and uncertainty, both of which are constantly on the rise, continue to loom. That is why more and more people are certain that the future which expect the UK is going to be anything but smooth sailing so many from the Leave campaign promised.

Instead, a time of turmoil is approaching, but no one can say how intensive and in what way will it impact the country and the region. However, some are trying to figure out how cryptocurrencies fall into all of that, along with many emerging technologies that are deeply embedded in our modern realities, like gaming and esports. Strangely enough, there is a vision of near-future where all of those have an important role in the post-Brexit UK.

Bitcoin and the Pop Culture

The Brexit story is by no means new, so it is not surprising that the bitcoin and crypto assets domain continues to become more and more dominant in the UK popular culture. In recent years, there have been TV shows that feature the use of ETH as a regular part of life, globally popular TV faces like Ellen DeGeneres discussed it in their programs and hip hop song featured it for years now.

The movie industry, in particular, has been dealing with cryptocurrencies arguably longer than anyone else. With bitcoin entering its second decade as a stable payment and value-holding alternative, no one could say that it is a fringe phenomenon. Now, however, the fastest growing entertainment industry is more and more interested in crypto. The same industry is related to video game production and its thought leaders are clearly eyeing cryptocurrency as a big social and economic change that is in the tea leaves of the real world as well.

The Future UK in Gaming

In spite of its numerous dangers and certain hardships it entails, there is no doubt that Brexit is also a source of inspiration. In this domain, the gaming industry is no exception and this covers some of its biggest players. The latest example is the new game in the Watch DOgs series by Ubisoft. It features a future, post-Brexit London ridden by strife and new systems that grew out, formally and informally, after the UK left the EU.

In this world, the use of cryptocurrency has replaced the fiat currency, even the all-powerful pound sterling. Of course, as a series that features hackers, Watch Dogs is over-the-top with its predictions, but it goes to show that the crypto concept is well and truly in the public mindset.

Its connection with the looming Brexit crisis is not only expected but also necessary thinking points for those who do not want to be completely exposed to the storm gusts that will take place when the UK finally leaves the union. Things like Watch Dogs show that the relative safety of cryptocurrency is not lost on the public mindset. Their usefulness even now is debatable, but as a tool everyone has at their disposal, the crypto is simply not something art or reality can ignore.

Political Instability as an Adoption Driver

Often, analysts and crypto advocates speculate what are the big current and future drivers of bitcoin and crypto mass adoption. Among the most common talking points is the issue of political instability as a catalyst for crypto use. In those moments, as history shows, people tend to move away from unstable or useless fiat and take up whatever they can find as a stable alternative.

This is precisely the scenario that the Watch Dogs latest installment is exploring, but not in a third-world country like the descending situation is making Venezuela into, but in a developed nation like the UK. In the Ubisoft vision, the catalyst is the breakdown of the old system – as AI takes over jobs and devastated the national economy, the pound is collapsing and functioning in nothing more but its name. The society itself is reacting to this change by a big resurgence of crime and broad, all-encompassing adoption of crypto as a floodgate against complete economic disintegration.

The description of the game sounds like it very pro-crypto in its approach to this topic. However, there is a bigger question that is as of yet unanswered – while the real UK would likely move mainly to BTC and ETH after Brexit, Watch Dogs is not specifying what crypto will be used in the game. This is indicative of the whole problem of adoption. In many quarters, individuals will praise cryptocurrency and in particular the blockchain tech, but rarely be prepared to back up a particular digital currency as the winning option.

Instead, Ubisoft is likely hedging here, even open to the possibility of the company making a deal with the ethereum network. This would allow the players and users of the company’s services to employ ETH for its purchases in the ecosystem. In that case, there is a strong chance that the cryptocurrency represented in the game would be ethereum and not bitcoin.

While art and pop culture are experimenting with the idea of using crypto after the events of Brexit, the truth is that no one is ready to back almost anything. In this case, the reality would be a sad carbon copy of the general political process behind the UK’s exit from the EU.

In other words, many people clearly have many ideas about possibilities, but no one actually believes in any of them. This might be fertile ground for crypto adoption, but also for a complete breakdown of any semblance of a strong economy where the same cryptocurrency could help support normal and prosperous life of ordinary individuals.