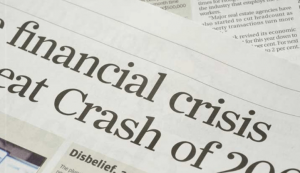 The severity of the post-pandemic global crisis is showing many fault lines in the world’s current financial state of affairs. Some of these have been apparent for a long time – the insanely elongated supply chains, specialized production, the amassing of manufacturing centers to a handful of locations, and many more. As the global pandemic hit the majority of the western hemisphere, these stopped being talking points of economic experts and became reality in a matter of weeks.

The crisis also saw a range of industries drop to zero revenue for the first time in history as travel, hospitality, gambling, and many other rising domains closed in a blink of an eye. It is not an exaggeration to say that the state of the world, mainly its complex and interconnected economy, is in the hardest place since the end of the Second World war. Unsurprisingly, the same position is also impacting the way ordinary citizens approach and comprehend big institutions, especially those that are set in the financial sector.

Because of that, it seems that an unexpected shift might be a big boon for the crypto community and bitcoin network as its biggest and most visible member. That shift would be able – in theory – to allow bitcoin to thrive and expand, raking in big adoption numbers, which at the same time completely avoid what many saw until 2020 as an essential element of any future growth: institutional adoption.

The bulls of the crypto market, especially those working with bitcoin, are out in force. They are pushing up the biggest cryptocurrency as the central banks all over the world, both talk and give unprecedented stimulus and quantitative easing programs. Presently, the price of a single BTC is trying to overcome the 10,000 USD hurdle. Yet, it has climbed more than 30 percent since the start of 2020, even though it is at 50 percent of its highest value ever.

Now, Adam Back, one of the essential crypto pioneers is predicting that BTC will reach 300,000 per single coin before the end of 2027. In his view, the next five years might produce unimaginable success. Like often, the same number might be something more appealing to esports players, crypto traders, and all those already willing to bet big on small odds. Also, often times in previous years, so-called experts swore that BTC will hit anywhere from 40,000 USD, which is the double value of the previous record and going all the way to one million USD.

So, any number should be taken with a huge dose of hesitation. However, what is interesting here is that Back predicts that all of this success might come – surprisingly – without any additional support from traditional financial institutions like Wall Street. Here, those same quantitative easing programs might inadvertently give the element ad-hoc bitcoin adoption needs – pressures from a crumbling economic situation.

As Back showcased in his argument, the modern world at this point in time has a lot of very dangerous baggage behind it in a financial sense. That baggage that is creeping nearer is the fact that countries are handing out money while their economies are contracting. The effect of that economic contraction cannot be an excess of funds, so the money must come from reserves, borrowing, and the ultimate printing of additional fiat currency.

This is a well-known recipe for disaster which the world saw play itself out time and time again in a range of circumstances. All of them led to inflation and the rapid drop in the value of a particular currency. Not rarely, the same national currencies were completely abolished at some point in an effort to restart the financial ecosystem from scratch. However, that always included massive disturbance of everyday life and now, anyone sensing the same possibility would do anything to protect their holdings. This previously included buying of real estate, gold, and other valuable non-currency alternatives. Today, however, it includes bitcoin as well as other digital currencies.

As the world and traditional markets shook with the force of the pandemic and lockdown impact, the crypto market shook as well. However, as 2020 bitcoin halving plainly shows, the internal mechanisms of this cryptocurrency pushed on regardless of what was happening in the outside world. In many ways, these are the times when the same mechanisms can shine through with their ability to remain disconnected from the wider economic environment.

Yes, they might align with market movements, but these are short-terms coupling and decoupling processes. Even then, a bitcoin token that plummeted in value with the stocks and bonds might bounce back – as it happened recently – long before any of these come back to life pricewise. This becomes an important point in the times when fiat money is printed on a large scale. Here, the fact that no major financial institution is not supporting that same cryptocurrency does not play that big of a role anymore.

Not long ago, the report from Goldman Sachs that bitcoin is not a valid possibility for institutional or private investment came under fire from many quarters, including other traditional banks. These all pointed out that previous assessments of the same investment bank also did not calculate for the 2020 global pandemic or anything that might await the world in the future. This is something that is intuitively clear to all involved.

Today, with a chance of local and more wide-spread inflation apparently just around the corner with little chances of a big economic recovery, many are thinking about hedging their bets. Now, instead of buying gold, they will either buy crypto or buy crypto along with this precious metal. No one will be dissuaded by the fact that institutions like Wall Street are not buying. In that circumstance, the same institution will be in plenty of trouble of their own making to do anything like criticizing crypto with any semblance of a position of authority.