Guide To BitCoin Where To Buy/Sell BitCoin?

Where to Buy/Sell BitCoin? 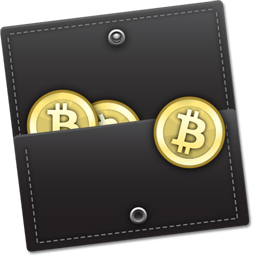 Bitcoin is making quite a name for itself, as the leading cryptocurrency on the internet today. But how do you get hold of Bitcoins? Bitcoins aren’t minted, and they aren’t available in cold hard cash, so you can’t exactly pop down to your local bank and ask for a wallet-full.

As a digital currency, you may think it complicated to get hold of Bitcoins. Bitcoins can be purchased with ease, though, and there are several possible ways to get hold of this new and trending online currency.

Moreover, what do you do if you want to sell your Bitcoins? This quick guide will tell you all you need to know about buying and selling Bitcoins.

One of the best ways to get your hands on Bitcoins, used to be to mine them. You could earn up to 25 Bitcoins by processing Bitcoin transactions, thereby maintaining the block chain. However, specialist hardware is now needed for this operation, and so for the vast majority of us, we won’t be bagging any Bitcoins by mining them. Fortunately, other alternatives are possible.

Get a Bitcoin wallet

Before you can purchase any Bitcoins, you’ll need to get your hands on a Bitcoin wallet. Fortunately, these Bitcoin storage accounts are completely free of charge. A wallet is basically just a digital bank account, so you needn’t feel confused by that. You can choose one of two wallets, one stored on your computer, or one stored online. One of the best Bitcoin wallets you can have is simply called Blockchain, which can be used by both Android and iOS users.

So, you’ve got your wallet – but you still don’t have any Bitcoins. Let’s resolve that, shall we? There are a handful of places where you can snap up Bitcoins. One of the safest, is from a Bitcoin exchange. An exchange will allow you to purchase Bitcoins, by using your own bank cards.

You are basically, buying Bitcoins from the exchange at a going rate. Some of the best Bitcoin exchanges include Bitstamp and Kraken (in the USA), and BTC-e for non-US buyers. CoinBase is a wallet service which will enable players in the UK and Europe to purchase Bitcoins, and it comes highly recommended.

You may also purchase Bitcoins from private sellers. These are often known as “over the counter” or “face to face” trades. Whilst these can see you pocket Bitcoins at a cheaper cost than exchanges (basically, whatever the seller wishes to sell them for), there are potential security risks with this deal. What if the seller doesn’t send you your Bitcoins?

Players purchasing Bitcoins through a seller will need to have access to their Bitcoin wallet, to see that the transaction has gone through, as they’ll want to make sure of that before they leave the seller. A number of sites exist which can help you locate sellers in your area.

Bitcoin ATMs have started appearing of late, too. You won’t be able to “withdraw” Bitcoins, but these ATMS will allow you to purchase or sell Bitcoins. The first one appeared in Canada, but they are starting to become more common elsewhere.

Simply insert your cash and then scan your mobile QR code for your wallet or pocket a paper receipt to buy your Bitcoins from ATMs. Bitcoin ATMs may have exchange fees.

Selling is slightly more tricky than buying. If you are planning on selling Bitcoins, you’ll need to set up an account as a Bitcoin seller. You can then use the same places where you bought your Bitcoins (exchanges and trading sites) to sell your Bitcoins.

Once a buyer has been identified for your Bitcoins, the website will notify you and you’ll then be put into contact with them to negotiate and complete the trade. Almost Bitcoins can be offer anonymity, you will need to verify your identity to sell Bitcoins.

Another option is to sell Bitcoins privately, or via a P2P (Peer to Peer Marketplace). Purso.io is a perfect example of a P2P marketplace. A marketplace works differently to direct selling. Person A wishes to buy items with her Bitcoins (but the site won’t accept them), so Person B purchases the items using their credit card, and then Person A pays Person B the Bitcoins to cover the costs. It’s not the simplest method, but it is another way of selling your Bitcoins.

Finally, you could go it alone, but we’d recommend using a seller site to find clients in your area who would be interested in purchasing your Bitcoins.