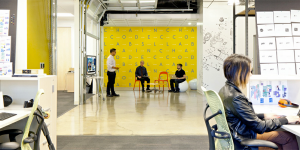 As BitCoin is growing and maturing, the media, as well as the wider public, tends to focus only on the most obvious manifestations of the same digital currency. These usually range from the regular financial and economic implications to more spectacular news related to potential attacks on the network infrastructure or sudden drops (or spikes) in BTC prices.

At the same time, there are plenty of other domains related to the BitCoin community that not only goes under the radar, but they might as well be completely invisible. One of these is undoubtedly the issue of education and the effects BitCoin has on this process. For most, BTC is something that is used to bet online or to facilitate the transfer of money between national border in a much easier and more affordable manner compared to the traditional channels.

But, at the same time, BitCoin has been around for more than 7 years and counting. This means that it has slowly but surely become one of the domains of the IT industry, just like any other massive field where there is growth and development, like for example, E-Sports. Fortunately, some have recognized this fact and have created a program that is designed to help people get into the development domain of the BitCoin network.

Recently, a program known as the Hacker Residency has entered its final pre-launch phase in New York. With the actual launch coming in September 2016, the program is designed to teach IT developers the basic elements of the BTC protocol. This comes with the recognition that BitCoin is not the easiest programming environment for a person to master and why a BTC R&D organization called Chaincode Labs set up this initiative.

The company believes that Hacker Residency could be helpful in resolving or at least mitigating issues of BitCoin development in the eyes of novice BTC programmers. At the same time, the hope that it will be able to provide their pupils with a more open atmosphere where information and knowledge can be attained in a better way than compared to simply learning individuals about the network, using a range of accessible online BitCoin documentation.

The Hacker Residency is situated at the headquarters of the ChaincodeLabs and the program lasts four weeks. During this time, developers will get a chance to work on projects that are most interesting to them and this way expand both their theoretical and practical knowledge about the network. Currently, their numbers have not been set, but will instead be determined according to the quality of the candidate pool that will be formed in the coming weeks.

Hacker Residency will include some famous names inside of its curriculum. Matt Corallo, the co-founder of Blockstream and a veteran BitCoin developer will take a break from his startup to provide support for the program. According to him, plenty of people want to get included in the BitCoin development process, but the sheer amount of information on this path is often daunting.

Instead, Corallo wants to provide the chance for people to get into the BitCoin low-level protocol development. He also hopes that the same process will boost the number of people in this domain, as well as their quality of programmers and developers.

Corallo went further by stating that programs like this realistically assess the level of difficulty when it comes to new people entering the BitCoin ecosystem. Now, in his view, the ability of new developers to enter an open-source project depends a lot on their comfort levels with the, as he called it, “in-depth incentive structure” and other domains that require some nuance. This process is not fast and requires time and effort for the developers to learn all the details related to their area of interest in the system.

This is the reason why many current developers working at BitCoin Core took over a year to contribute something useful, but these individuals did not have the one-on-one mentorship that will be offered by the Hacker Residency. However, Corallo does not desire to create a team of contributors for the BitCoin network. Instead, he and others at the “school” are focused on providing the pupils with a useful learning experience. Because of this, the program will not push for any formed skill set that needs to be attained by the end of the process.

The full details of the Hacker Residency program have not yet been disclosed. But, it is known that the organizers will form of curriculum that will primarily include a series of lectures on the basic BitCoin protocol. But, aside from this, the program will be loose and open to on-spot adaptation. Residency developers will be free to investigate or pursue whatever sparks their interest, especially those things which the lecturers themselves have worked on.

Corallo defines this process as finding a room which allows you to explore and understand the same space in the best possible manner. He thinks that it will be great if individuals feel that they are able to contribute, but the main goal is that they learn about BitCoin. In any case, regardless of any particular curriculum, it is clear that Hacker Residency will be about soaking in the BitCoin network in whatever shape or form works best for the individual residents.

This approach has a huge value when it comes to nurturing the next generation of developers – any strict learning setting would probably just end up being the same as using online documentation individually. This means that it would swamp the residents with information they neither want nor fully understand.

Of course, an additional issue of the residency is the problem of the program’s length. BitCoin network has so far successfully taken in developers who relentless learned about it for years, and even they struggled with their first companies. The same is true for these residence pupils, who will not be able to learn a huge amount of information in a space of several weeks. Her, the key element will be the follow-up process where they will, hopefully, remain in contact with their mentors and keep evolving their skill set.

The mentors will also have a good reason to stay in touch because any of these could be a valuable asset in their companies eventually. But, if all of this is applied to the follow-up process once it ends, there is little doubt that Hacker Residency will result in nurturing promising developers and even possibly future leaders of this P2P network.