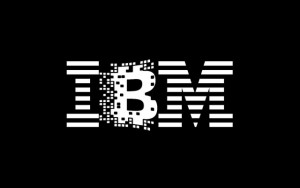 IBM is one of those companies that had a legendary status before the first Apple computer was even created in Steve Jobs’ bedroom. With roots that reach back almost to an era before computers existed in the modern form, the same company has long been perceived as a pillar of stability in its industry.

It might have been despised during some periods by the broader IT community while at other moments it was adored, but IBM was always seen as the key giant in the tech area. It moved only when the shifts in the tech tectonic plates became so big that even the most massive entities like it had to move.

Recently, the same company launched their endeavor into the blockchain domain. With this move, it can be said (with a fairly high degree of certainty) that this technology, but also its applied forms, including BitCoin, just received a substantial validation from one of the biggest company that is operating in the IT sector.

Using the support of companies like Wells Fargo and JP Morgan, but also the London Stock Exchange and specialists from the tech industry like Intel and Cisco, IBM began working on its open-source blockchain solution. According to the reports, the same program is called Open Ledger Project and IBM played the lead role when it gathered all the previously mentioned parties.

It is being developed under the oversight of the Linux Foundation that is there to provide the project with the Linux backbone as far as its operating system is concerned. Currently, the journalists who got a chance to find out more are describing Open Ledger Project as a development library which will allow business and other organizations to design and create their own distributed ledger solutions but do it in a fully custom and unique way.

This means that IBM is considering offering an alternative solution for the open and public blockchains that are currently in use (for example, BitCoin or Ethereum). Instead of relying on their solution, the company is designing its own option and going even further by making it open source. IBM’s Jerry Cuomo described the project as something that transcends the BitCoin cryptocurrency and goes to its driving force and main power – the blockchain technology.

In his view, cryptocurrencies are just one of the sides of this incredibly powerful technology. Other options that could be considered when it comes to blockchain are things like solutions from the domain of the Internet of Things and custom developed supply chains.

He stated that he believes that BitCoin is an interesting application of the principle, but by no means the only option available to the P2P distributed ledger systems. He finished by saying that he strongly believes that there are thousands of additional possibilities for blockchain which were not even considered so far. Of course, the widespread use of BitCoin can be easily seen in things like end user services, which cover everything from betting on E-Sports using this digital currency, to using it as a new way of sending aid to countries where the traditional monetary system is not functional.

But, Cuomo is completely right in believing that the blockchain solution carries the potential for many more applications.

The Outlook for the Open Ledger Project

The project only began, but IBM reportedly already provided thousands and thousands of code lines that were created during its previous research in the domain of user-to-use network distributed ledger. At the same time, JP Morgans former executive by the name of Blythe Masters and its blockchain startup called Digital Asset is providing its Hyperledger brand. Masters’ role in the projects is to aid its branding and also provides some additional development resources.

But, the list of included parties does not end there. Some role in the projects also have organizations that include ANZ Bank, Fujitsu, Initiative for Cryptocurrencies and Contracts, Mitsubishi UFJ Financial Group, SWIFT, and Accenture, all of which add up to one powerful grouping of financial and tech entities. This group also proves the seriousness of this project.

Even though many big names connected to the project guarantee almost an instant acceptance in the IT circles, it is suggested that the path forwards for the project remains murky. Apparently, only IBM and DAH are actually contributing some development assets and efforts, even though it will be open to everyone thanks to its open source nature.

This prompted the IBM’s Cuomo to immediately underline that the company is not looking for global domination of this area, which many fear could happen. The same dominance would quickly undermine the freedom aspect of BitCoin or any other blockchain solution. But, Cuomo clearly stated that they understand that any blockchain will be just another possibility in a space where no one can be the absolute winner.

Instead, IBM seems to be positioning itself for the upcoming future that will defiantly include a lot of blockchain solutions, mainly as the current implementation in the form of BitCoin, but also the possibilities that are just being developed. Cuomo said that his company desires to find a way that would allow all of these solutions to be presented as interoperating technologies that could work with one another.

Jim Zemlin, speaking as the executive director of the Linux Foundation, also declared their dedication to the project. But, at the same time, he underlined that this high level of collaboration is necessary because of the level of complexities of the endeavor. In his words, any blockchain solution demands an open-source, cross-industry collaboration that will advance the same technology for everyone.

For many people in the tech industry, the very idea of a blockchain that was developed by IBM for the Linux platform as an open source solution would sound preposterous just a few years ago. Now, it is not only a reality but a project that included many more exceedingly serious parties from a range of industries and not only the IT sector.

This means that the potential of the blockchain technology is now apparent even in the slow-moving structures like the IBM and this will be excellent news for any of its current application like BitCoin. This means that anyone, from those who bet online using BitCoin to online shopping consumers, can be assured that their digital currency of choice just got a bit closer to the mainstream tech domain.