Opinion India is Quietly growing into a Huge Crypto Market 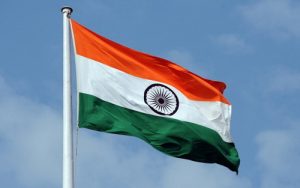 In March 2020, it was difficult to present any piece of news that was not related to the COVID-19 coronavirus pandemic. Even today, it is not easy to do the same and this concept fully applies to the crypto domain as well. The fact that the Supreme Court of India overturned the restrictions on banking services connected to the crypto exchanges is a perfect example.

This movement in the court system of one of the most important nations in the world is not something that otherwise goes unnoticed. News of this magnitude for a narrow niche, like cryptocurrency is even more important. Yet, it received very little attention even from the crypto-oriented media and social media accounts.

Now, a few months after that landmark ruling, its relevance is once more in the spotlight of more in-depth analysis. According to most of them, there are big and very reverberating movements in the domestic Indian cryptocurrency markets and development ecosystem. These are so relevant to the rest of the world that there is a strong chance that India is only gearing up to take one of the most important spots on the global blockchain and cryptocurrency stage.

One of the best examples of the changing tide in Indie comes from the cryptocurrency giant, Binance. This company has joined the Internet and Mobile Association of India or IAMAI. The same organization played a pivotal role in the process of overturning the ban on cryptocurrencies. It also tracked the huge success Binance had in India after a local acquisition. In 2019, the company managed to acquire the Indian exchange called WazirX. In 2020, the same business saw a period of stunning growth. In just three months, between February and May, the exchange had over 150 percent more sign-ups.

These came from a range of Indian cities, apparently completely unphased by the outbreak of the COVID-19 coronavirus pandemic. The same rise in users, in turn, boosted trading volumes by 66 percent. This shows just how relevant was the overturning of the same decision by the Supreme court and what potential lies in wait for the Indian cryptocurrency market at this moment. Of course, Binance has nothing but praise for both the IAMAI and the local cryptocurrency scene, as well as its future engagement there.

Indian economists believe that this spike is not a one-off thing that is taking place in the country. Instead, it is a deep-rooted shit towards a different kind of economic and financial setup. Some think that this is the beginning of the process that will eventually replace physical rupees with a digital version.

This is not something that is unthinkable even now. In China, the PBoC is already developing something very similar to digital yuan. In both cases, the governments are willing to explore this possibility because of the number of issues that plague the present setup. Furthermore, in the same system, many in India, as in China, do not have access to banking services, even though they are comparatively of low quality.

That was one of the main reasons why mobile payment platforms like WeChatPay took off so spectacularly in China several years ago. However, unlike the extremely centralized approach that PBoC and China, in general, tend to take, Indian experts believe that bitcoin and a government-run digital rupee could coexist in future India. Here, most citizens would have access to their digital wallets where both of these digital currencies as well as any other they wish to use would be stored.

Outside of India, the changes are not going unnoticed in the broader international crypto community. Like Binance, other companies and individual entrepreneurs are trying to expand into the country and take advantage of opening opportunities. Similar to esports, social media, and other digital ventures, any chance can quickly become a global business if the operators play their cards right. Some are seeing India as the central hub for a general expansion into countries of Southeast Asia.

This regional market is huge and still very much untapped by much digital currency and fintech IT services. Also, India has huge ex-pat populations in places like the UK or the US. Setting up a remittance service could be an incredibly lucrative business all of its own. Yet, remittance is just one of the pieces in the growing and inviting space of cryptocurrencies businesses in India.

The surge of crypto exchanges is not the only uptick in the Indian blockchain market. Instead, there has also been an increase in users of decentralized applications or dapps. These cover things from many different blockchain networks, but in particular dapps built on the ethereum token. As local startups report, the popularity of video games that feature in-game tokens that can be exchanged for real money is especially popular.

Thus, real money gamers are growing in numbers in India and with them, the interest in dapps for those particular games. Naturally, there are other blockchain solutions that are gaining traction, or those that build further upon the ethereum network. One such solution is the Matic blockchain. So far, it has around 15 dapps on it, out of which half come from India.

Like in most scenarios that involve large-scale adoption, the biggest potential lies in mass markets where people are willing to diversify their holdings. In the case of India, there is a growing cash pool from families that have been doing well in a previous couple of years. With the rise of the coronavirus pandemic, many decided to use some of their expendable wealth to create a hedge. However, the go-to solution proved to be once again gold.

The India gold market rose in its potential quickly in 2020, even though it already had a solid presence. Now, the overall crypto market is realizing that the next big step would include the ability of bitcoin prices and accessibility to rival the role of gold. That is not an easy task, thanks to the traditional value that gold has. However, the precious moments in the same space show that the ball is rolling towards that alternative.