Industry News Iran is Open to a Regulated Bitcoin 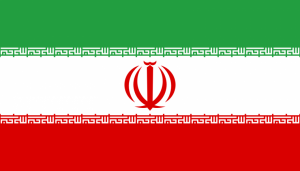 One of the most dynamic markets that have begun to open up in recent years is also the one that is rarely covered by financial news outlets – Iran. The Persian regional power has long been an important player in the politics of the Middle East, often placing it at odds with the Western sphere of influence.

However, under the presidency of Barack Obama, this setup has been gradually changed towards a climate where Iran is not under the pressure of the international sanctions. With the same change in the politics, the change in the economic environment ensued as well – the country offers one of the most diverse new marketplaces on the entire continent.

Now, the country’s representatives have stated that the country is willing to accept bitcoin as a part of its economy. Still, they added some requirements for that to really happen. Here is the background of the story and how it could see BTC become legal tender in the Islamic Republic.

The country’s High Council for Cyberspace or HCC provided a much-unexpected statement. In it, the agency said that Iran would welcome bitcoin, as long as it was, just like other digital currency, regulated by the state. The key person behind this statement was the secretary of Iran’s cyberspace authority, Abolhassan Firouzabadi.

Also, the statement underlined something which many in the country already know very well – the rules and their application must be followed. But, Firouzabadi was not simply about the potential future cryptocurrency regulation, which is as of now not on the table.

He also said that despite the lack of regulation, bitcoin is used inside of Iran on a scale that is not irrelevant. According to him, BTC is employed for payments, trading, and other businesses. He also said that the country has its own miners who actively participate in the support of the same P2P network.

A Call for Caution

Even though the statement was positive to the cryptocurrencies, it ended with a clear and sharp warning to anyone who is using digital currency or planning to enter this domain. With the statement, the government of Iran reiterated that the mechanism of supervision and control are being implemented. The process is taking place through collaboration between the central bank of Iran and other related entities.

Still, the statement underlined that the individuals themselves need to be careful when they come into contact with digital currencies. If they are not aware of the dangers and risks, there is not much at this point that the government can do. This relates both to initial protection, but also the legal mechanisms that would allow them to retrieve any lost money.

Firouzabadi also used the statement to confirm that the central bank’s stance on bitcoin will soon be fully clarified. This would most likely include any new laws and regulations that would be aimed at cryptocurrencies in general that are being used in Iran.

Firouzabadi indicated that Iran’s central bank and HCC have already collaborated on the creation of a study of cryptocurrencies. It appears that the same came recently, after the surge in prices and market caps, which recently brought BTC price to $10,000. The same digital currency, with its numerous uses like purchases, online BTC betting, investment asset, is not really towering above everything else on the crypto market.

Recently, Naser Hakimi, deputy director of new technologies in Central Bank of Iran, provided a public warning. In it, he said that the level of uncertainty surrounding cryptocurrencies and bitcoin was undeniable. He also cautioned them that any bitcoin investment is putting their capital in a risky position.

Truth be told, this is not nearly as a negative stance on bitcoin than that of many other countries, including some superpowers. The call for cautiousness is something that anyone can take to heart, outside of Iran as well as inside of the country. In fact, all of the mentioned elements point towards the real potential of Iran embracing the digital currency ecosystem in the near future.

The conflict between the US and Iran is, geopolitically speaking, one of the more odd moments in modern history. In many ways more similar to Turkey than its Arab neighbors, Iran always carried a strong industrious and almost capitalistic collective mindset.

Through millennia, the same location saw the rise and fall of many mighty states, but all along, its people managed to accumulate knowledge and wealth. The same resources allowed the region to grow in its abilities and prosper, even under the most daunting circumstances.

Iran-Iraq war is the perfect example, where the country withstood the attack of a much more organized and better-equipped nation. The same continued in the 1990’s when Iran, pressured by international sanctions, somehow managed to build several growing domestic industries. These include the most famous and controversial one, the armaments industry, but also many others, like civil engineering, low-scale steel production and much more.

In this environment, adding a digital currency seems like a win-win for all, mainly because it proved the local business with an entry point into the rest of the world. With bitcoin or some cryptocurrency, any potential political difficulties about the economic development could be avoided with this easy and effective payment means.

Apart from the very industrious mindset, Iran has another big advantage – its young population. With a huge segment of the overall citizens who are young, Iran could become the new major development spot in Asia.

At the same time, this young workforce is well-educated and ready to embrace outside trends not only in business but culture as well. This is why things like social media, eSports and other things from the outside world are gaining in popularity. In this mix, the bitcoin regulation and overall national acceptance as a valid payment means could only improve this process.

As it looks right now, this idea sounds good to the Iran’s officials, so it would not be outside the realm of possibility to see the country introducing bitcoin sooner than anyone expects.