Opinion Is a New Round of High-Profile Investment in Crypto Starting? 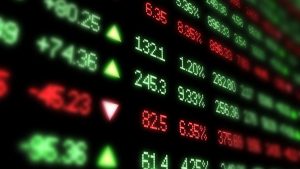 The crypto domain is no stranger to news-grabbing events and changes. The cryptocurrencies of the world tend to generate the attention from many different quarters, including that of the mainstream media. In these often turbulent and less-than-accurate depictions, the crypto domain mostly ends up seeming like a jungle of money and tech that can turn at the flip of the dime.

Even the movie industry tends to propagate this image. While the presentation can oscillate from descriptions of a crime-ridden space to the ideas of a non-malicious but still unpredictable new technology no one understands, most agree: nothing is certain in the world of the crypto market.

But, at the same time, there is a new narrative that sways to a different side. Naturally, it is mostly represented by the developers, but crypto investors also play a big role in this process. This is particularly true for the high-profile investors that include names like Soros – their very presence provides the crypto space with a form of shallow legitimacy that is very readable for the general public.

Now, there appears to be a new wave of investors who are very visible in the mainstream media and with that, to the entire world. Many in the crypto domain hope that this is the start of a new round of big investment coming from these famous names in finance. Yet, at the same time, others are wondering if this true and if it is, what does this actually provide to the crypto developers, traders, and other investors.

For those outside of the investment circles, this name probably means little. But, Steven Cohen is a billionaire investor who was once known as the Hedge Fund King. Now, the same individual is reportedly entering the crypto investment space. An article in Fortune stated that Cohen invested into a hedge fund that is cryptocurrency-focused. The fund is called Autonomous Partners and the investment was made using Cohen’s VC firm called Cohen Private Ventures.

Arianna Simpson, who is a venture capitalist with a long history of activity in the bitcoin space, created the Autonomous Partners. Simpson also worked at BitGo, a bitcoin wallet startup. Right now, the same hedge fund has already attained investments from Brian Armstrong, the CEO of Coinbase, Craft Ventures, and Union Square Ventures. As of now, the actual size of the investment is not known.

The decision of Cohen Private Ventures to join this project is not an anomaly – the same organization already invested in other Simpson’s projects. This happened back in 2015 when the Crystal Towers Capital, a venture fund she created, also got an investment from this company.

Simpson stated that the Autonomous Partners is what she labeled a fund focused on the “next generation of cryptocurrencies”. At the same time, she also explained that the fund keeps on investing in the major cryptocurrencies like ether and bitcoin. Right now, bitcoin is used for online betting, purchases, online loans and so much more. However, there is always an altcoin ride that might be stronger or weaker but it is always present.

This means that new cryptocurrencies are launched daily, but also that many slightly older ones are already trading and stand a chance of generating more traction. It looks like Simpson’s venture is a fund that aims to capitalize on these movements aside from the regular ETH and BTC investment. Simpson also stated that there were no doubts about the potential of the blockchain. In her words, there is still a wide range of people and organizations that are focused on doing things with blockchain. Currently, there is still a level of murkiness about all of the potential uses, but she is certain that trading and playing video games, like eSports and other releases, are established ones.

But, the worldview of Simpson is not idealistic when it comes to the crypto space. She rightly points out that space is under-regulated and new ones are coming and uncertain. This is the reason why her fund will not come near XRP in the case that the US Securities and Exchange Commission determines it to be a security. Instead, she believes that the whole domain of cryptocurrencies is waiting for a larger level of clarity.

The number of hedge funds focused on the cryptocurrencies is rising. Their growth was especially rapid over the previous year when the prices of cryptocurrencies have soared sky-high. The hunger from traditional investors when it comes to cryptocurrencies began to grow as well, which is why entrepreneurs started to create the same funds. The data from the Autonomous Next shows that there are more than 250 crypto hedge funds that hold somewhere between 3.5 and 5 billion USD.

Out of these, more than a half were created in 2017 or more recently. Clearly, the field is on the rise and the same continues in 2018, in spite of the drop in the prices. For people like Cohen, the idea is to be present in the market and see if a new huge breakout occurs. But, even if it does not anytime soon, the participants still have a good shot at keeping the fund going strong through altcoins and mainstream crypto investment.

By being spread out over almost the entire crypto space, the funds will likely thrive even in the harshest bearish markets. At the same time, there is a distinct feeling that most if not all investors are willing to play the HODL game and keep the funds through thick and thin.

The Problem of Measuring High-Profile Investment

Many would like to think that this high-profile investment from people like Cohen is strengthening the willingness of others to get into the action. But, the truth is that in that regard, many are confusing the idea of an investor and an evangelist.

Cohen, just like any other high-profile investor, might or might not publicly speak out about his recent decision. For investors, the crypto space is only one more opportunity to generate a profit, which is in stark difference to most developers who believe the same thing to be revolutionary. Because of this, while high-profile investments are beneficial, their impact and relevance remain relatively low for the wider public.