Opinion Is Bitcoin the Biggest Unicorn Entity of the Previous Decade? 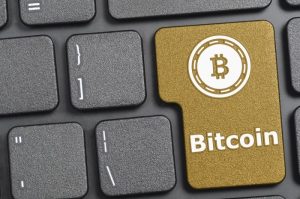 The 21st century is definitely a time of the business unicorn model. During this period, which is just shy of 20 years, a range of companies came about seemingly out of nowhere and took the world by storm. It is true that unicorn companies existed before – Apple Incorporated it is probably the best example. This global empire came about in a simple garage with two friends wanting to make a computer.

Several decades later Apple became the most profitable business on the planet. Yet it is clear that now the company is like Apple are no longer the outliers but instead a preferred model for a range of technology-based businesses. The expansion of the IT industry allowed for a process of this magnitude. This is why most social media giants started out more or less as unicorns.

However, is it also possible to perceive bitcoin as a unicorn? The notion might sound odd at first, but the concept of labeling it that way is not senseless. If it is a unicorn venture, does that mean that it is the most successful and profitable type of this kind of business that ever existed?

There is nothing new when it comes to the idea of a unicorn business. Since the days of the Silicon Valley expansion in the late 1990s, this has become one of the most sought after investment opportunities in the Tech domain. Now many investors and even investor funds are actively looking for businesses and startups that are best described as unicorn ventures. The term, like the original mythical creature it represents, is mostly associated with companies that have some kind of a far-fetched concept which stands a chance of being a breakthrough product or service down the road.

Investing in a business like this usually means sponsoring a small team that rarely numbers in double digits. Yet the payoff for an investor or a fund can be at least in theory in the billions. While breakout companies always existed arguably ever sent the modern banking system came about 500 years ago, the IT revolution really gave it wings a few decades ago. Apple was for a long time the Poster Boy of this trend but with the dawn of the 21st century, it’s got some serious competition.

Different social media networks first come to mind. Facebook, for example, fits perfectly in the category of a unicorn startup. When it was conceived this social media website offered something that already looked and felt familiar. But in just a few years it managed to crush all of its competitors in the mid-2010s. After that, the company and network were able to shoot for the moon. Interestingly, it is by no means an isolated example in the modern business environment.

The biggest change in the ecosystem of unicorn startups is the fact that today so many of them made it on such a global level. It is enough to mention names like Uber or Airbnb to see what level of impact these companies have on the modern world. 30 years ago Apple Incorporated was an anomaly. Today such a business is perceived to be one of the standard options for a breakout tech company. Of course, the chances of becoming a unicorn are still relatively small but they are nowhere near a fringe possibility they had been just a few decades ago.

Now, in that kind of environment is it possible to count bitcoin as another unicorn entity. After all, it is a business network that has a clear set up in terms of generating profit. While its ownership might not be clear cut as many start-ups would have, it is still a venture that is owned by those who run it and learn from it. In that sense bitcoin fits perfectly into the modern world massive startups are the norm.

Bitcoin as a Start-up

Numbers tell their own stories when it comes to businesses. For example, Uber has a market capitalization of about 50 billion USD. Airbnb is currently valued at around 35 billion USD. While these are huge sums they are still nowhere near the value of the bitcoin network. As of now, its market capitalization is around 130 billion USD. Furthermore, bitcoin performed incredibly well since its launch, which is another characteristic of successful unicorn ventures. That is why if somebody bought 5 USD worth of bitcoin after it launched, today they would have a sum of tokens worth over 40 million USD. This level of return of profit cannot be matched by any other venture in history.

The same applies to its underlying technology and the way it continues to evolve. This means that is so cold network fundamentals are just as solid as the entire venture. Not only that makes this cryptocurrency network such a monumental business undertaking. There are also some factors that no other startup can simulate or reproduce. Bitcoin is decentralized, so it comes with no censorship or governmental or third-party overview. It is just as useful to esports players as much as to any other ordinary citizens no matter where they live.

There are many reasons why bitcoin could be defined as a start-up or even a unicorn venture. There are just as many reasons to say that it is not anything like that and many in the cryptocurrency ecosystem would argue the same. Ultimately the distinction is irrelevant and the Bitcoin network does not gain or lose in any way.

This in its own once again demonstrates the fact that bitcoin and other cryptocurrencies operate on a level that is at the same time engaged with the current financial and economic system but also above it. This fact remains true no matter what is happening to the bitcoin capitalization or price levels. No one can say if this trend will continue or not but for now, bitcoin is a unicorn but one in its own separate world.