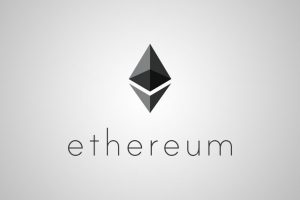 In the recent weeks, the price of ETH has been taking a constant beating. The second largest cryptocurrency in the world has been hitting fresh lows week after week. Recently, it has reached its lowest point at around $170, in spite of the fact that it remained the second-largest by market capitalization.

At that moment, the price was down almost 90 percent from its highest price of $1,400 that it attained in January. But, as it often happens, some are now asking themselves is it the right time to invest into this cryptocurrency. The issue has a range of angles to it and different investors weighed in on this dilemma.

The problem of Evaluating Cryptocurrencies

Gauging the value of any cryptocurrency can be difficult because no one fully agrees on the fundamentals of how much relevance should be given to a particular token. Other digital domains like eSports have the same problem. Marius Rupsys, who works as a cryptocurrency analyst, said that there are no valuation models that can be used for digital assets. Right now, people tend to use a range of figures.

These include a number of transactions, the number of daily active users, but there is no actual model that could derive the direct value. This applies to ethereum network, but also any other decentralized cryptocurrency out there. Because of this, according to Rupsys, there are times when ETH is valued at $200 and those when it is five times higher, but no direct reasons for either state of the price.

Great Potential of the Ethereum Network

Jacob Eliosoff, who manages cryptocurrencies funds, states that ethereum has a lot of upside potential. According to him, ETH is still the brightest star in the cryptocurrency sky and there are two reasons for this. First are the dapps or apps built on the cryptocurrency network. The second one is the use of the tokens as a globally available digital money and store for value.

By fulfilling these roles, the cryptocurrency is a lot more valuable than its current price of market capitalization according to him. Yet, at the same time, ETH is not a mature product and without wider adoption, it could be years away from that point. In this regard, the ethereum network struggles with the problems of adoption just like any other cryptocurrency.

Even the biggest one, bitcoin, used for anything from loans to online betting, is having a hard time finding enough new market participants to have a healthy growth ratio. Still, Eliosoff is cautiously optimistic about the idea of buying ETH, even though this process will certainly take a lot of patience.

The Undervalued nature of ETH

Many analysts believe that either was right now trading way beyond its intrinsic value. Crypto assets have a tendency to be undervalued at particular stages and ethereum appears to be there right now. Many digital currencies have seen their market cap being slashed by two thirds in 2018. Ethereum has fallen even more than this.

But, it still has some of the best community support and development talent. This makes it a good choice for a medium as well as long-term holds and any investors who are inclined to approach the investment in the fabled HODL manner. Iqbal Gandham, working as a managing director for eToro, an online digital exchange, and trading platform, believes that development in the cryptocurrency that occurred between two of these undervalued stages has been impressive.

Analysts from other platforms tend to agree with this idea and research points to the same idea. The algorithmic price systems especially point out to the huge difference between ETH and BTC, which is a rare occurrence. In other words, this is not a normal state and this suggests that the ETH price will be corrected upwards very soon.

Some analysts are even more bullish and believe that missing out on the current price of ETH would be a critical error. This is especially relevant because of the upcoming improvements to the network. These include the Casper network addition and will propel the price towards the $1k range.

Some are certain that accumulating ETH before Casper hits is a great decision for anyone who has a bullish mentality. But there are many others in the ecosystem who caution against this approach without any hedges to make sure they do not lose big in the short run.

The majority of analysts and industry expert focus on the idea that ETH is undervalued. Others, however, paint a more somber picture. Michael Conn, working at the blockchain venture company Quail Creek Ventures believes that the network has a long-term potential. Yet, the idea of the same potential translating into profit for the traders might be a lot more complicated.

He believes that buying at the current price can be a double-edged blade. The network continues to be the most robust in the terms of potential and further development, but there are still pressures that are pushing the price downwards. Additionally, tremendous price volatility could make the prospect of a bull run even less likely. Some are even open to the possibility of ETH dropping to the double-digit domain.

According to the Scott Weatherill B2C2 Japan chief risk manager, the development and trading space are still recovering from the ICO bubble and it will be hard to find an income source that could replace the ICO boom and its fiat cash influx. Lastly, the paring with the bitcoin is still an issue for many. If this top dog cryptocurrency slides below $5k range, the ETH will drop as well, regardless where it might be at that particular point.

Buying ETH at this price is clearly something that most analysts favor, especially for those purposes that are not just short-term. With the prospects of the further development of the network, including its upcoming proof-of-stake method, it has the most to offer from a technological standpoint. For the long-term price, this is the only relevant factor and ethereum is strong in that sense, stronger even than bitcoin.

But, the short-term volatility will still make sure that fortunes from badly calculated risk investment are lost on the ETH market. Avoiding that scenario should be the biggest priority for anyone venturing into an ETH investment at this particular point in time.