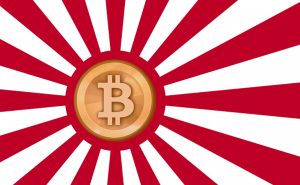 Just as the approval of Bitstamp’s PI status in the European Union started making its rounds in the global media, BitCoin made fresh new gains in the legislative domain in one of the most tech-developed countries in the world, Japan.

Even though the same nation could be described as BitCoin-wary, the latest development surpasses all news this cryptocurrency had made in the past. It appears that BitCoin managed to get the official acceptance in the island nation that declares that it has a function similar to money.

While the odd phrasing might not mean much on the first look, there are plenty of reasons why the BitCoin community should be really excited about this announcement. In fact, so far, it looks like the decision of Japan might be the biggest endorsement of the digital currency since its P2P network started working.

Japan Times, a popular news outlet in the country, declared recently that the Japanese Cabinet decided to approve a bill that will be used to integrate the digital currency into the national legacy banking system. More specifically, the bill covers the regulation that will be used in this process.

As many other news organizations noted, the same legislation has been in development for some time, with detailed reporting coming out about it a few weeks ago. Because of this, the announcement that was made recently only validates what many believed was coming for quite some time.

The new regulations will require that the BTC exchanges adopt the predefined KYC/AML standards that are utilized by other nations. At the same time, banks will have the ability to enter the Financial Technology or FinTech industry for asset management and future gains. Here, the most likely technology that the banks could acquire the blockchain itself. Finally, the prevention of money laundering and financing of illegal endeavors, along with maintaining a high level of user protection have also been set out as goals for this year.

Essentially, the legislature is trying to create room for BitCoin in the Japanese financial and banking sector, while at the same time, it is apparently determined to provide the same parties more access to the FinTech domain.

In the region, China and its central bank have already begun a push to acquire and utilize blockchain technology, so it is logical that South Korea, Taiwan, and Japan will follow suit. The only difference is that it appears that Tokyo government is adamant to make the transition faster and more effective, instead of dragging it out over the upcoming years.

In popular culture, Japan is seen as a place where all advanced technology is welcomed, from end user gadgets to complex systems that are employed on a national level. This made Japan one of the first big markets to accept things like E-Sports, smartphones and many other tech advancements that are now taken for granted.

That is why BitCoin gained traction in the country early on, acquiring users for its network at a high pace compared to other developed nation. But, Japan also has a rocky relationship with the digital currency and some moments really made an impact on the cryptocurrency’s status. Based in the country, Mt. Gox, which was led by Mark Karpeles, was the dominant BTC exchange between 2012 and 2013.

But, once rumors of fraud hit it, the company’s foundations started to shake. Additional talk about embezzlement and mismanagement continued inside of the BitCoin community, culminating with the collapse of Mt. Gox in February 2014.

The issue was further complicated by the fact that many mainstream media in the country provided reports that the digital currency itself collapsed. This led to a sort of equation between BitCoin and Mt. Gox, which continues to this day. Because of this, a lot of Japanese citizens considered these two completely separate phenomena as one and the same.

This unfortunate sequence of events made Japan a hard market for any BitCoin growth. Even those who realized that this digital currency continues to exist felt skeptical about its future, both locally and globally.

A Chance for a Huge Change

The situation for BitCoin in Japan changed somewhat in 2015, as it did all over the world. Coincheck and other new exchanges provided innovation that reinvigorated the markets. During this period, more than a thousand merchants in Japan started accepting BTC and billions of Yen of direct consumer investment entered the network each month. An additional factor that also helped in leading people to this digital currency was the struggling overall economic outlook for Japan.

In other words, the country leaders appear to be worried that slow regulation might make Japan miss out on the gains that can be made in the FinTech industry and especially the chances for new job openings, both of which Japan sorely needs.

But, even if the jobs come at a slower pace, the new technology would allow traditional banks more flexibility in consolidating their funds and a boost to the overall business effectiveness. This would provide direct results as soon as the tech is acquired and put to work, which could all be completed in a span of a couple of months.

Currently, it is known that Coincheck and other BitCoin exchanges will be required to register with the Japan’s FSA (Financial Services Agency). The regulation will make sure that all payments could be made in the digital form, without the need to convert them to a fiat currency.

This is exceedingly important and represents a direct support for one of the most well-known BTC advantages. Because of them, things like betting online using BitCoin skyrocketed in popularity in the recent months.

If executed in the manner which the government suggested, BitCoin will in the future become a commonly accepted form of payment that will be used by banks, utility providers, and major corporations. This way, a Japanese citizen would need only to have a digital wallet and they would be able to attain all that they need directly through BTC and without any conversion.

If this comes to fruition, Japan will definitely spearhead the development of BitCoin as a truly encompasses monetary structure. Aside from a huge growth in users of the currency which would follow locally, the same would mean an unprecedented national support for BitCoin. In that alternative, there is little doubt that many other nations would follow Japan and begin to include BTC to the list of already accepted traditional currencies.