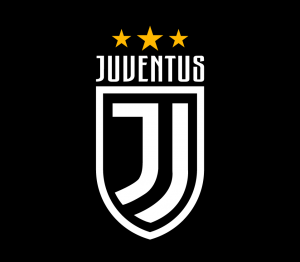 One of the top-rated and most famous football (or soccer) clubs in the world is making a big step into the arena of cryptocurrencies. The same club is the Italian Juventus FC and its management decided to launch its own crypto token. According to its officials, the same decision was taken with the purpose of providing the club’s fans with a voice that can be heard.

The event might be slightly outside of the regular cryptocurrency news cycle, but in many ways represents a really logical move for a huge sporting brand like Juventus. The same decision could become monumental in the years and even decades to come, especially if the crypto sphere continues on its current development path. Presently, however, the decision of the team’s management has many interesting and potentially relevant angles.

Naturally, the club is not tackling the idea of making a cryptocurrency token all on their own. Instead, they are using the help of a company called Socios.com and their expertise to create a blockchain-based token. The football team, which is currently the home of Cristiano Ronaldo, one of the top stars in the sport, is planning on a FTO or a fan token offering.

All of this was relieved on Monday as a part of the official Juventus press release. The team referenced its huge presence on social media and general global fan base. With it, the team plans on using the token to further expand its fan base.

One of the direct applications of the token would be to allow the team’s fans outside of Europe to have a more direct and immediate experience with the Juventus brand. As a branding move, the decision is really clever and puts it right up into the domain of esports and similar very modern and digital-based ventures.

The future token of this football club will be tradable using the Socios platform and against its $CHZ token. This will allow the fans to vote using an upcoming app that will be developed for mobile devices. Using the same platform on their smartphones, fans will be able to respond to ballots organized by the club, which will, as the club puts it, allow the supporters to have their voices heard.

Not only that, but it will also allow for an emotional connection to be created or enforced between the club and its many global fans. Clearly, with each decision in which the fans are included, their loyalty and appreciation of the club will go up.

The so-called Fan Token Offering should basically be a regular ICO which will be offered to fans of the club first, most likely at least at the beginning. The club did not provide the exact details on how will this FTO be structured or how much money does the club plan to raise. However, it is known that the launch will take place in Q1 2019.

The co-chief revenue officer of the club, Giorgio Ricci, said that the club is trying to be proactive with new technologies. With the Socios.com partnership, the club believes that it will foster new opportunities for the worldwide fan base to become engaged with their favorite club. While this might sound very cutting-edge, the truth is that the club is not the first or only one trying to use blockchain to reach their fan base and engage with them in a novel and profitable way.

Two weeks ago, the famous French team Paris Saint-Germain releases plans to issue their own cryptocurrency. The aim of their token will be to incentivize different manner of fan participation from their global fan base. This project is also being conducted through the Socios platform and will feature a similar FTO event at some point in the future. Socios is not shy about their ambitions either.

The company revealed that it is preparing to engage even more football clubs, potentially reaching a number as high as 50 different club clients. Their representative state that the company is looking to build a platform for the world’s global football community, as well as a marketplace for all football fans who would want to own, trade or use their favorite team’s tokens.

Avaí Futebol Clube, a team from the Brazil Series B league, stated that it was creating a cryptocurrency that will be used for the construction of a native digital ecosystem and with it raise $20 million. The project is going to be used to help the team develop its potential so that it could qualify for the Series A tier of the Brazilian football associations. The money should also be used to develop and expand the club’s physical infrastructure. Even if the club gets funds in cryptocurrency like bitcoin, which is readily used for anything, including things like online BTC betting and loans, it will still attain the direct financial benefit.

There are only winning sides in this interesting way of using the cryptocurrency backbone, which is the blockchain technology, to aid football teams. In its essential form, FTOs are still the same as ICOs, both of which have a clear desire to raise funds for the main organization. Of course, the fans as well will finally have a direct manner of influencing some of the team’s decisions which will be created with the input of all those who own club’s tokens.

Even outside of the direct ecosystem, traders and investors might be tempted to get these tokens in a similar manner as buying trading card collectibles – the main logic will state that all unique items connected to big sports brands only gain in value over time. In this case, any Juventus tokens, like the tokens of great football clubs, should not be a bad investment decision in the long run.

Of course, there are still judicial and regulatory issues about these processes and how are they defined. But for the big league teams or Europe, including those in the ever-changing EU on the issue of cryptocurrency, the opportunity to raise money will likely find a way to survive any regulatory oversight.