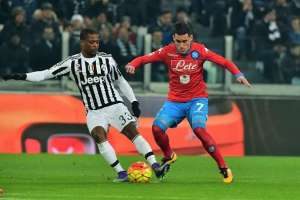 Juventus will be looking to win their first Champions League trophy since 1996 when they take on reigning champions Real Madrid in the final of the elite competition at National Stadium in Cardiff. Back in 1998 Real Madrid defeated Juventus in the title game and, no doubt, the Bianconeri are hungry for revenge.

Juventus have been producing scintillating displays in all competitions this season. The Bianconeri defended their Serie A trophy and they did well to make it to the Champions League final. The Italian giants have defeated the likes of Porto, Barcelona and Monaco on their way to the final, but Saturday’s clash against star-studded Real Madrid will be anything but a walk in the park for Max Allegri’s troops. Juve were on top of their game in the double-header against Barca, with the team keeping a clean sheet in each of the two legs. Gonzalo Higuain is enjoying a very successful season and he is eager to make life difficult for his former club, who got rid of him four years ago. Anyhow, the Bianconeri, who have been impressive at the back this season, are likely to rely on their rock-solid defence in the title game.

Marko Pjaca misses the match with injury, but he is the only absentee in Max Allegri’s team. The Italian tactician is unlikely to make changes to the team that defeated Monaco at Juventus Stadium.

Despite failing to impress in the two-legged tie against Bayern Munich, Real Madrid somehow made it to the Champions League semis. Los Blancos, though proved their worth in the two-legged tie against Atletico Madrid and they are now on a quest to become the first team ever to defend the Champions League trophy. Zinedine Zidane’s troops did well to clinch La Liga trophy last month and they will be aiming to put icing on the cake on a very successful season with a triumph over Juventus in the Champions League final. Cristiano Ronaldo has been producing splendid showings in the elite competition this term and all eyes will be on the Portuguese ace when the two teams face each other at National Stadium in Cardiff. Real Madrid are after their 12th European Cup trophy, but they need to leave their hearts on the field if they are to emerge triumphant in Saturday’s showdown.

Gareth Bale returned to training, but the Welsh superstar is unlikely to be risked against Juventus. Daniel Carvajal is a major doubt and he will be assessed on the match day.

Juventus and Real Madrid seem to be evenly matched ahead of the 2016/2017 Champions League final. A close encounter appears on the cards and I would not be surprised if one goal separates the two teams in the title game at National Stadium.