Opinion The Libertarian Mindset and Bitcoin 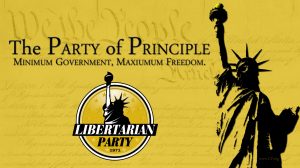 The changing landscape of the western ideological domain has seen a range of trends come to prominence over the previous several decades. Fueled by the development of the communication infrastructure and a capitalistic system that is seeming under more and more pressure, the same ideologies are both growing in their reach, but also beginning to interconnect with other areas.

One of the more interesting connections that came about recently is the one being formed between the libertarians and bitcoin. In many ways, the combination is a natural pairing, but at the same time, there are layers of issues that might become a roadblock at some point.

To make some sense of this combination of a political stance and a decentralized network that supports a cryptocurrency, here are some of the key facts about these phenomena.

While the libertarian ideas appear all over the world, by far the biggest location when it comes to its relevance is the United States. Here, the basic libertarian ideas began to take hold in the 19th century and developed in the upcoming decades. This is by no means an accident because of the US, more than any other continuous nation-state in the world, exhibited the characteristics of the libertarian mindset. But, the spread of the same ideas was not continued but had its ups and downs over the two subsequent centuries.

Today, however, it seems to be in a better shape than ever before. In a survey from 2014 around 10% of the US population declared to be libertarian, even though the consensus about what libertarianism really is was flimsy among them. This year, the US presidential race has a libertarian candidate that will manage to get about 8% of the vote, which will make him the most successful candidate of this ideology that ever ran for office.

However, at a core level, most of them agree that they desire to place the freedom of personal choice as the main stepping stone of their ideology, especially in regards to the economic model. This way, individuals could choose which trade agreement they achieve with whatever party they desire, completely independently from any third-party influence, oversight or regulation.

Libertarians usually see the state as an organization that tries to establish and maintain a monopoly through the use of force. Instead, a completely free and open market should be used to regulate itself by smothering the bad offers and elevating the good ones.

But, most libertarians are not defining their ideal society as anarcho-capitalism, where everything would be accessible an open market, including things like personal security, but a system of government where the reach of its agencies is both limited and small in scope. In other words, they would represent a sort-off minimal state where certain basic freedoms and rights would be guaranteed for everyone.

Of course, the cacophony of voices that claim to have libertarian views is a constant problem in the US. For example, the Libertarian Party does not perfectly represent the entire movement or even all of its parts. The same is evident for digital money as well. When it comes to bitcoin, the party is very willing to accept BTC donation to its campaign, but aside from this, there is not a coherent stance on digital currency or cryptocurrency.

But, in recent years, the online elements that claim to support libertarian views have been able to attract young individual into their ranks. These organizations appear to both have a clear stance on bitcoin but also a readiness to demonstrate their views in real life.

Because libertarians are wary of the state-pushed monopoly in all of their forms, it is no exception that so many of them have a big problem with tradition currencies. By being nationally-based, these are the very anti-concept of the libertarian values – people are forced to use them while at the same time they have almost no control of what happens with any of them. The same problem is an ancient one in terms of political thought because even a Nobel Laureate Friedrich Hayek wrote about this many decades before bitcoin.

The idea of denationalization is interesting to many, but even more, libertarians are drawn to the most basic setup of the bitcoin network – its limited nature. When the hard-coded limit of 21 million BTC is attained, there will be no way to create any additional bitcoin. This way, the cryptocurrency should be, at least in theory, completely resistant to any forms of inflation. With this, people would still be able to use bitcoin for things like betting online with BTC or some other everyday activity, but the coins in circulation could not be replenished by any means. Their number would be final and unchangeable.

While this is a huge selling point for many libertarians, the economic experts regularly question the limit and inflations resistance. Because it is so different than any other regular currency, there is no way to tell if it will actually work as planned until the 21M limit is finally reached.

Money, Politics, and the State

Politics and money are connected on a very deep level. For many thousands of years, through a range of social environments, this connection kept its form no matter what history threw at it. But now, there is a key possibility of change, which dictates that money cannot be simply summoned from thin air like so many governments have been doing for as long as money existed.

It is clear that libertarians desire to utilize this powerful notion for their own future plans for the social development in the US, but just like on any other level, the multitude of voices makes things hard to gauge for anyone looking from the outside towards the bitcoin-libertarian connection. For now, it seems that a lot of people are fascinated with the notions of BTC, and not the real thing that is in use right now. The libertarian ranks are today full with a diverse collection of individuals, ranging from eSports players to business leaders and going all the way to fringe pseudo-anarchist.

For now, while there is certainly a huge potential in that 10 % of the electorate in the US, the tie between libertarians and bitcoin will remain on a level of heartfelt but platonic sympathy.