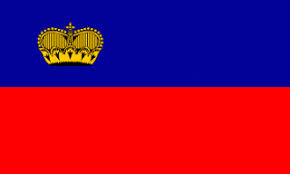 Liechtenstein wants to have a front seat in the ongoing blockchain technological revolution. The country’s prime minister stated that it is in the national interest to follow the trend and its rewards. However, unlike the recent ever-present discussion about the need to regulate cryptocurrency (even shut it down in some part), this small European nation has a different path forward planned out.

This could be very important not for the country itself, but the wider ecosystem of cryptocurrencies, their development, and application, all related to the regulatory framework. Now, the nation plans to have a regulatory setup that will not hurt the developers and companies using crypto, but actually, enable them to do the same in a more defined legal setup.

While there is little doubt that Liechtenstein will come out on top no matter what they decide, many in the community are hoping this could be a solid decision for a country trying to work with crypto, not against it. Here is what the country plans and how will this process look like in the coming period.

The Process of Creating Legislation

Through its PM, the Liechtenstein government vowed to create a legislative framework that is sensible in regards to the blockchain technology and its application. He also stated that the plan is to be light on regulative restrictions. He also took the opportunity to make a comparison between the plan of the Liechtenstein government and other countries that have recently begun working on cryptocurrency laws.

As Prime Minister Adrian Hasler observed, the legislation of his country will go much further than other initiatives of this type. These laws will aim to regulate all possible activities of distributed ledgers, as well as blockchain systems. This should provide clarity for the next level of regulation and will not stop on the instances of issuing utility tokens or launching cryptocurrencies.

The laws will at the same time provide a framework how the government will be able to approach new business models and services that are related to these technologies. In other words, Liechtenstein does not plan to regulate crypto ventures in the narrowest sense, but also any enterprise that uses some form of the technology or its relevant tools (which might not actually use blockchain tech themselves).

The laws are planned under the bill called the Blockchain Act. However, the PM underlined several times that the framework for regulation will be light-handed.

Like Malta, it appears that Liechtenstein and Blockchain Act intend to both protect their citizens, but also allow businesses in the crypto ecosystem to thrive. As PM rightly observed, if the regulations are excessive and have no practical relevance, the economy of blockchain will just grow outside of the same regulation. This, according to him, is most definitely not in the interest of Liechtenstein.

Instead of preemptively cracking down, he assured the developers and the business leaders that the regulation will come into play when needed and offer a clear legal setup for everyone. It will be drawn up thanks to the information provided by the country’s FMSA or the Financial Market Supervisory Authority.

So far, it has addressed more than 100 cryptocurrency and blockchain-related questions. This shows that the country most definitely has a community of both businesses and developers actively working in this field. Additionally, the 100+ instances show that a big percentage of these ventures wants to fully grasp the legal requirements of the country they are active in.

Hasler underlined that his government is not going at this task alone. Instead, it has drawn on the experience of other nations and also used the help of FinTech companies, lawyers, financial services and others. All of this was done with the purpose of making the bill as relevant as possible in the practical sense.

According to him, the plan is to present the bill to the public somewhere during the summer of 2018. This period coincides with a big boom in the country when it comes to crypto businesses. However, Hasler stated that the interest of companies in Liechtenstein for this tech is not new.

That is the reason why a dedicated group of analysts worked on the issue of the bill for more than 18 months. The bill will be the result of their work when it becomes accessible to public assessment. Clearly, Liechtenstein’s government hopes that the same period will end with a public green light in finally making these proposals into official national laws.

The bill will arrive in a nation that is already deeply invested in several cryptocurrency ventures, all on different levels. Recently, Crown Prince Alois Philipp Maria stated that the royal family is preparing to invest over $5 billion in different cryptocurrencies. He also said that the government efficacy could be improved with the use of blockchain.

It is clear that Liechtenstein is open to emerging tech businesses, harboring an economy that has IT companies covering everything from eSports to FinTech advancements. Its special status inside of Europe means that like Malta, it has a way into the EU market, but also not as many problems as a larger country would have with cryptocurrency regulation.

It is clear that it will invest a lot of its resources into the path forward for the crypto scene in the country. However, what is more important is the fact that it will try to merge this with a bit of reasonable regulation.

Right now, with a trend of sounding harsh to crypto ventures that span at least three continents, this type of an approach seems a lot more farsighted. Bitcoin, like many other cryptocurrencies, is widely used today, in spite of the regulatory pressures. That is why things like online BTC casinos are as prevalent as cryptocurrency wallet providers.

This means that Liechtenstein is simply staying ahead of the curb with its openness to the same tech. As it secures its position on the global map of the crypto community, it will certainly profit from the continued emergence of this important technology and its applications.