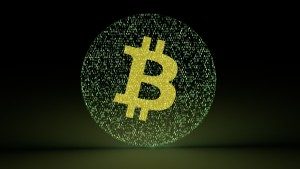 Once again, the price of bitcoin is trending downwards with the bulls failing to protect the $9,000 range. Currently, a bitcoin token is selling for just over $8,200, while the chances of a test of the $7,000 range seem likely. In this atmosphere, it is no wonder that many are worrying and others are actively thinking where bitcoin price could move in the long-term. This is especially amplified because the short and mid-term is stuck way below any possible bullish trend.

As the market seems set in bearish territory, analysts seem to generally agree that there are four possible trajectories where bitcoin could go in the coming years. There is more consensus around some of these than there is around others, but most agree – including futurist, economy experts from the traditional markets and others – that all of these are in the realistic realm of possibility.

It’s easy to see why day traders would seek to figure out the direction of the Bitcoin price in any period. Most people, still perceived bitcoin and cryptocurrencies in general as a high-risk asset. Yes, the rewards of investing in such a market are also clear to see and the bull run of 2017 is alive in the memory of the wider public. Then some believe that bitcoin has a bigger role to play as the first truly global currency of the world. In that case, it would not matter why somebody invested in bitcoin in the first place.

The same investors would still be immensely rich because of the spike in the value of the BTC token. So, trying to figure out the future of the price and its direction is something many are engaged in and now the four scenarios have emerged. This examines not just the price, of course, but also the role of bitcoin in the new global society which would either embrace it, reject it or do something that’s is a kind of a middle ground between these two options.

The first scenario and envisions bitcoin becoming the global currency and main reserve option for both individual companies and finally governments as well. In that scenario, humanity agrees that bitcoin is a better source of reserve value than other fiat currencies, but also gold as well. If that setup comes about everyone would agree that possessing or buying bitcoin at the first opportunity is something prudent. This would offer an incredible rate of adoption when it comes to using cryptocurrencies.

The number of digital wallets would jump enormously as millions of people would rush to claim their own bitcoin addresses. In an even further future, there is a big chance that bitcoin in this shape or form would take over the national currencies. This would happen without any particular plan being that the network would still be decentralized but the effect would be the same nonetheless. Now there is little doubt that many crypto fans in this scenario find the ultimate comfort. Yet even though it does sound comforting for anyone who believes in progress it is really unlikely to occur in the foreseeable future.

The second scenario is just as good but with the difference of lacking the massive support and presence of institutions. Instead, the bitcoin story simply continues as it currently unravels and its scarcity keeps getting more and more prominent over the years. Naturally, it also tends in that future period to perform better than any other investment in the long run and thus it brings more and more new investors. In that case, it would be only a matter of time before basically anyone who ever got almost any bitcoin tokens would become a millionaire in USD or some other fiat currency.

Now there are some potential problems in the way of that happening and they can be broadly divided into more or less likely. More likely are those which simply state that the rising difficulty of mining and scarcity this brings will not draw in investors as the optimistic projections forecast. Less likely are those scenarios where things like quantum computing mess up the whole scarcity setup. Yet, as in things like esports and other cutting-edge tech areas many are certain that the scarcity factor but keep on keeping on in any computing setup.

The third scenario includes the possibility of bitcoin settling in a wide range of price values. This happens to many other commodities now but it also happened to all of them in the past. After a few rallies and a few bull runs, a commodity that is being traded usually settle down in some kind of a price range.

This scenario is actually what is going on right now with the global bitcoin price. While it is not the dream scenario of the cryptocurrency community it still offers a stable setup in spite of its volatility of the actual price. In the long term, the safe bet is to expect that this will continue in the decade to come at least.

The last scenario is the one where the bitcoin network simply fails to continue to work. The same would mean that the network in its failed state brings down the price of its tokens do more or less nothing. At this point, we do not have a technical explanation of how this might occur. So far the Bitcoin network proved amazing resilience to any kind of terminal issue. Instead, it kept working in the last 10 years almost perfectly without a single day there it was offline.

However, there is still a possibility of this changing at some point in time. That would mean that a party, potentially nationally-based entity or even a criminal enterprise, found a way to take the backbone of the BTC value down. Nothing would kill off the entire network and all of the stored price value as fast as this possibility. Fortunately, from the current perspective, there is nothing even remotely possible that would be able to do the same.