Opinion Mark Cuban is willing to Change his Mind on Bitcoin, but he has a List of Demands 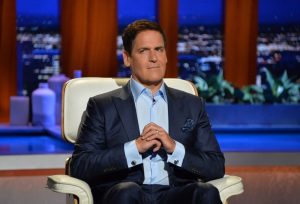 Mark Cuban is a well-known billionaire who is a strong voice not just in the general business domain, but also in the entrepreneurial and venture capital fields. This is why he often talked about cryptocurrencies, even though he is not a die-hard supporter. Furthermore, he is active in some business startups that rely heavily on blockchain technology.

Throughout all of this, Cuban also remained highly critical of bitcoin in particular. This was most prominent during the astronomic jumps in its price when the billionaire still had a somewhat different attitude towards this digital currency, managing to avoid both the pro and the con teams.

Now, the same businessman talked about the things he would personally like to see in the cryptocurrency field that would allow him to become a supporter of both this technology and its monetary application. Like always, his ideas are interesting, but more importantly, they offer an insight into the ultra-rich (and not so rich) mindset about digital currencies and their potential future alignment or disengagement.

The level of animosity that Cuban projects towards the crypto domain has changed in intensity over the years. Last September, in an interview for the Wired portal he said that he would rather get bananas than BTC. In his view, bananas at least as food, have some intrinsic value. Yet, this year around, he got a slightly different perspective on the whole domain and one that has some, for a lack of a better term, words of guidance.

More precisely, the Shark Tank investor had some ideas of what needed to change in the bitcoin setup for him to support it comfortably. Firstly, Cuban believes it needs to be easy to use, which is the essential no-brainer requirement. It must be as he puts it, completely free of any user friction and easily understandable to all users. This includes, according to him, the ability of senior citizens to use it. Only then could one say that it has any relative alternative to gold for example, in terms of being a medium that is storing value.

Once the way you use cryptocurrency like bitcoin is easy and accessible, you would need to have the ability to spend it, according to Cuban. Right now, as he sees it, any BTC still needs to be converted to be widely meaningful – not counting niche domains that accept bitcoin directly. Through that process, Cuban believes that the cryptocurrency still heavily depends on fiat currencies. This way, the decentralized and independent crypto becomes an extension of the centralized and government-backed fiat.

For the billionaire, this is the present setup almost exclusively and nothing that the community or enthusiast might want to say changes the facts. Essentially, this is not incorrect as the number of entities that accept bitcoin as it did not expand anywhere near the tempo of the user adoption. While the number of digital wallets did grow over the years, not many large business entities, such as retail or some domain of service, began accepting cryptocurrencies of any kind, including the most popular among them, BTC.

In his interview, Cuban again mentioned the comparison of bananas versus bitcoin. He said that trading is much easier for this commodity than any digital currency. Lastly, if his trading failed he would still have the option of eating the same bananas, or at least some of them before they go bad. He also demonstrated another point which will seem idiotic to many in the crypto community but is more relevant to ordinary users. Bitcoin is not tangible and it is a fully virtual entity.

Having gold means having something tangible and real in the physical world. As Cuban said, you can put a plank on gold bars and get a bench. In the case of bitcoin, there is no such alternative and no one can make bitcoin furniture. While this is a joking observation it too has relevance to the way people perceive bitcoin and cryptocurrencies in general. In his words, the beauty and the problem at the same time are this one characteristic of bitcoin – it is virtual.

Ultimately, Cuban believes that the fact that there are so many elements of bitcoin and so much talk about them shows that it is a complex venture. Like with esports, social media, online services and so forth, there is a point where complexity becomes a liability. These include the process of mining or even occasional events like the halving which still suck up a lot of air from the discussion space about bitcoin. While this does interest some users, the majority is just turned away time and time again with all of that stuff which just enforces its complexity in the eyes of the general public.

Furthermore, as Cuban underlined several times, you cannot easily spend bitcoin on anything. Yes, there are plenty of options for using BTC for online gambling and a range of other things as well, but none of these are actually close to regular fiat uses. Yes, blockchain is a powerful technology and provides a brand new way of doing things (not just in the fintech arena). But, there is still no entity that really captures that capacity for ordinary users. Furthermore, there is a lot of uncertainty with all of them and no roadmap on how to deal with it. Not only that, but some voices in the crypto community do not see this as an issue.

The same isolationism that is also a strong faction in the development community also makes things harder for ordinary users. But, there is a lot of truth to the Cuban’s observations, even though the isolationist might respond by saying that crypto should not placate anyone and instead continue on its insular path no matter what. However, the reality of the pandemic and the economic crash it caused showed that BTC is not an island on its own. This is why everyone involved in it should take heed of these concepts and see what would make not just Cuban, but many millions of ordinary users actually go for bitcoin as a financial option.