Opinion Mexico as a Booming Hub of Bitcoin Adoption 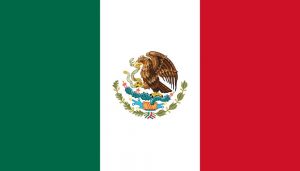 Over the previous two decades, Mexico has not been a rare sight in the international news. The Latin American country that sits on the very border between the prosperous North and the struggling South is a specific location and its history and culture reflect that concept completely. It can be argued that the country held that bridge status ever since it gained independence from the Spanish crown.

In many ways, even back then, its position as a land full of potential, but also exceedingly dangerous problems came about and it did not vanish even today. Yet, the same status became even more prominent in the 21st century, with the War on drugs reaching its highest point so far, just like the level of violence in the country. Today, Mexico remains synonymous with its crumbling government, corruption, and the insane level of criminal conflict that is leaving thousands dead on a yearly basis.

From the northern border with the US to the capital city and all the way to the southern federal state, Mexico can often feel like a powder keg ready to blow. However, this is also one of the reasons why it is carving out an ever-bigger position in the cryptocurrency world. In this regard, Mexico is one of the fastest-growing markets in terms of cryptocurrency adoption, especially when it comes to the most popular network bitcoin and its BTC token. The future of that process, just like the future of the entire country, is both unstable and unclear, but like with Mexico itself, its potential has the ability to impact the global markets, not to mention to become a regional crypto heavy hitter.

A decade ago, even the tech-savvy IT elites of Mexico City were very skeptical about the potential of a new network called bitcoin. Back then, the same setup was only a year old and often completely misunderstood by everyone, including experts in domains like programming or web development. For many, the same setup kept on going even when those early investors made fortunes from the first big price rises in bitcoin’s history.

Today, however, this mentality has changed for many, but not on the account of FOMO or the need to make a quick buck. Instead, the main reason is the fact that traditional banking requirements in the country are becoming a growing burden. This is especially true for anyone working with the economic ecosystem outside of the country. That is one of the main reasons why the slow adoption rate of the previous decade is not gaining in speed. The same speed is also ramping up in 2020 to a breakneck velocity.

Bitso is the leading digital currency exchange in Mexico. In a period of eight months, which began in September 2019 and ended in May 2020, its trading volume grew by 342 percent. This year, the platform also announced that their user number broke through the one million mark. Out of that number, 92 percent are residents of Mexico. The traditional financial trading domain in Mexico is a good comparison. There, about 35 trading brokerages are presently active. These have a combined 400,000 active accounts.

This means that the same process inside of the crypto domain is a lot more popular even now, with the trend of becoming more so in the coming months. Also, a single cryptocurrency exchange is not demonstrating more potential than the entire traditional trading domain in a country of 126 million. Furthermore, these are not curiosity users, esports betting fans, or idle traders who might or might not get engaged in a transaction here and there. Instead, these are mostly very active users who employ bitcoin and other cryptocurrencies as an essential part of their business dealings.

For many in Mexico, the use of cryptocurrencies involves very practical benefits. These include the ability to transfer money with a lot more ease than through the use of the banks. The Mexican federal government, in an effort to root out money used in criminal activity, also made all regular financial transactions much more difficult for everyday citizens as well. Previously, problems like money laundering and tax evasion were commonplace before 2018. Then, two years ago, Mexico introduced new laws that had been designed to stop those illegal financial processes.

These in turn put a lot of pressure on procedures from the fintech domain. For example, because PayPal announced that the company will no longer be able to hold deposits in any of its Mexican customer accounts. Instead, it will only act as an intermediary and thus money it a business in Mexico had in its US account, like that of Apple Pay, is no longer accessible in Mexico. BTC funds and their use override these barriers without much effort. They facilitate transfers without any barriers and with a lot smaller transfer fees, making transactions both easier and cheaper.

No matter if they are considering remittance, business transfers, or anything else, there is still a long way for Mexican crypto firms to go. Across the country from all walks of life, cash is still the best means of payment and in contrast, cryptocurrencies are in no part of Mexico widely accepted. This also means that things like decentralized apps or dapps are practically not even on the radar of an ordinary customer. At the same time, cryptocurrency solutions have their own shortcomings, including the problem of little understanding about them and their procedures inside of the Mexico general population.

But, the ball is rolling when it comes to startups and companies working in the cryptocurrency ecosystem. These are not businesses focused on the development outside nations or global market. Instead, they are working with the Mexican ecosystem and that of the rest of the Spanish-speaking Latin-American world, including places like Venezuela. These cover AirTM, which recently provided a lot of cryptocurrency airdrops to ordinary users in that country. It has its headquarters in Mexico. Companies like it will assure that the current level of interest in crypto only keeps growing and evolving.