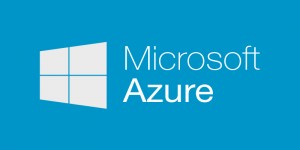 Microsoft may have started testing the BitCoin ecosystem some 18 months ago, but appears that the same giant is now gearing up to be an even bigger player in the growing market for tech solutions that use the blockchain systems and its overall approach.

The company opened its Azure cloud computing platform in October 2015 and since then, it has added a growing number of partners to its BaaS (its blockchain-as-a-service) solution. It appears that Microsoft is gauging the market for sandbox solutions where their partners would be free to use different technologies, including tax reporting using blockchains solutions, smart contracts, online betting ledgers and many more options from a low-risk environment.

But, the company has so far steered clear of the biggest entities backed by venture capital, it generated interest by making deals and partnerships that seem to be a bit unorthodox and unexpected. For example, Microsoft chose to present its BaaS service with a ConsenSys, a company for distributed applications.

They went for this option, even though they had the opportunity to use BitPay, a $32 startup in the BitCoin domain, or Factom, which created a partnership with the state of Honduras. Since that announcement, Microsoft has supported all shapes and forms of blockchain services. These include the old and established companies that provide interesting blockchain alternatives all the way to DIY blockchain solutions like the ones provided by MultiChain.

As Marley Gray, Microsoft’s director of technology strategy declared, new players will be constantly added to the company’s Azure platform, mainly because it was created for testing and design. He also pointed out that his company desires the same thing any of their customers’ desires: the chance to access each and every one blockchain and see which one fits the best.

These could be, in his words, just two guys in the garage who wanted to fork BitCoin and got a great idea. So far, there are no barriers and the company is open to all who are interested, hoping that even the smallest players could be brought onboard.

Gray also indicated that the BaaS platform plans to scale up and create a certified marketplace for blockchains solutions and do it by the end of spring 2016. Before that, the company is focused on creating a serious security vetting procedure. But now, Gray believes that Azure is fostering an environment dedicated to collaboration and education where the users will be those who are willing to learn using a trial and error system.

In fact, Microsoft does not want to be seen as a gatekeeper for the same technology or service, and there will not be any picking of winners. Gray said that even if the company would desire to do this, it would be a futile error because the market would not be interested in a single solution.

It seems that Microsoft is very keen to frame its blockchain role as one driven by a different agenda than that of the recent big name entrances in this ecosystem, including parties like IBM. While all of these players seem determined to infuse the blockchain solutions with their current institutional interests, none of them seem interested in the wider blockchain ecosystem.

For example, Earthport, an Internet payment company has created a service that connects banks and providers of payments using the Ripple protocol. Gray, however, states that Microsoft’s goal is to help in the facilitation of the interaction between providers of protocol-level blockchain solutions and their clients. For them, this means not competing for new clients or partners, but once again trying to be a platform company like they have always been.

That is why today their work in the blockchain gravitates towards appliance of this tech to the needs of the individual businesses. At the same time, their vertical partners will provide the same vertical expertise, without Microsoft making any of their own in-house blockchain solutions.

Instead, the company will provide its clients with access to their technology cluster and allowing them to get what they need and want. At the same time, the Azure platform will provide a faster feedback and with it, the ability of the developers to respond to any customer demand. In plain words, Gray defined the service as something that will allow their clients to fail cheap and fast.

The benefit of this approach is clearly visible and the idea of Microsoft definitely goes against the grain. While others are focused on attaining a single solution or a cluster of solutions, this company wants to control the sources where all of them are made. When IT domain reacted in this manner, for example, when video gaming was transformed into E-Sports, the success was almost instant, which makes many think that Microsoft is on the right path.

Microsoft is going so far as to claim that Azure is a natural environment for developers, free from outside influences, including bank consortiums looking to understand the blockchain system. Instead, Gray believes that the platform can be a great middle ground for both them and the established BitCoin system, which is an entity for itself.

But like many other explorers of the blockchain tech, Microsoft is looking beyond digital currencies, including domains like cryptographic key storage. Here, for example, a consortium can hold the keys to a blockchain system, instead of keeping it with an individual bank. Additionally, the Azure environment should be great for mature testing of these solutions before they hit the market.

Speeding up the Innovation

So far, BaaS service provided by Azure is open to the public and their clients are free to deeply and develop their solutions. Cloud user solutions, on the other hand, can be deployed in an even simpler manner. But, it is important to mention that these solutions and mechanism are offered by the providers of the applications and not by Microsoft.

But, Gray believes that this is a chance for innovators and those who already created their solutions to create new, exciting projects. He also said that he believes that his company will ramp up the development cycle of new blockchain solutions.

The Middle Ground for Blockchain Development

It appears that the Microsoft decision-makers are certain that their BaaS is the company’s way forward in the blockchain domain. In fact, they believe that the Azure’s development cycle can be used to greatly enhance their client’s experience. As Microsoft created the very Azure through trial and error, they desire to offer everyone else the same process, only streamlined for a faster success.

Currently, the platform can define a blockchain environment in less than 20 minutes, which any partner can put to good use in their development cycles. While BitCoin network and other similarly advanced blockchain solutions cannot attain any benefit from the BaaS offer, new arrivals could definitely get a lot from this unique offer for all upcoming development projects.