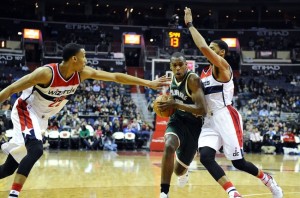 Milwaukee Bucks and Cleveland Cavaliers face each other at BMO Harris Bradley Center in what is expected to be the most entertaining game of Tuesday’s program. Cavs have been in a thrilling form of late, but beating Bucks on the road is easier said than done.

Over the years Milwaukee Bucks have established themselves as one of the best teams of the Eastern Conference. Milwaukee, though, have been having their ups and downs in the 2017/2018 NBA season and, as a result, they sit in sixth place in the standings ahead of Tuesday’s clash against Cleveland Cavaliers. Coach Jason Kidd has been having a number of injury worries of late and it is no surprise Bucks are on a three-game losing run in NBA. Milwaukee suffered a shocking 109-115 loss to Chicago Bulls in their last home game and I do not believe that home win should be considered. A man to watch in Jason Kidd’s team will be Giannis Antetokounmpo, who has been averaging 29.8 points this season. It has to be noted that he scored 28 points in a 115-11 loss to Houston Rockets on Saturday.

The likes of Matthew Dellavedova, Jason Terry and Tony Snell are all rated doubtful, whilst the likes of Jabari Parker and Mirza Teletovic are definitely out of contention with injury.

Cleveland Cavaliers made a very slow start to the season, but as expected, they eventually managed to get back on course. The last season’s runners-up have been producing thrilling displays in NBA of late and you should bear in mind that they are eyeing their sixth consecutive win in the league. Cavs head into Tuesday’s clash against Milwaukee Bucks following a 106-99 away win over Washington Wizards and they are certainly brimming with confidence. LeBron James’ triple-double lead Tyronn Lue’s men to the triumph and all eyes will be on “King James” when Cleveland face Milwaukee at BMO Harris Bradley Center. Cavs are determined to overtake Boston Celtics in top position in the Eastern Conference and I predict the visitors will leave their hearts on the court in the clash against Jason Kidd’s troops. Cavaliers have been impressive on the travels in the 2017/2018 season and they recorded eight wins in previous nine away games in NBA.

Dwayne Wade has joined the likes of Iman Shumpert and Isaiah Thomas in the recovery room, whilst Derrick Rose should recover in time to face Milwaukee Bucks.

Cleveland Cavaliers seem to be on top of their game ahead of the trip to Milwaukee. LeBron James and Co. have found their best form and seeing that Bucks are on a three-game losing run in NBA, I am tempted to put my money on the visitors. Milwaukee suit Cleveland and, taking everything into account, away win appears on the cards.