Industry News More Bad News for the US Crypto Miners 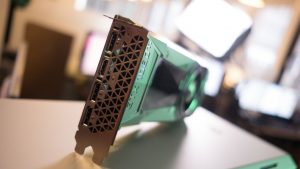 The scene for cryptocurrency mining is getting more and more crowded, but at the same time, it is also suffering from additional unwanted factors. Recently, these were seen by a group of mining companies operating in the US.

Here, in the state of Washington, the utility provider has stopped accepting any new application from this field of industry. The companies that are seeking to enter the same business in this location will not be able to start because of this decision. While the number of mines for bitcoin and other cryptocurrency is rising, the US, especially on the level of the state, seems willing to stop it all from taking place in the regions.

The move has naturally led to many in the crypto community to voice their concerns that the process of stopping legitimate businesses is not legal. However, the providers of energy, similar to some other state and federal agencies, do not seem to be worried about any fallout from this move.

Clearly, the business of mining is still a challenging field and decisions like this show that this will not change anytime soon. But, at the same time, this level of direct and targeted pressure is definitely counterproductive. While many wonder what can they do to make their crypto mining facility work, others are thinking about alternatives that could resolve their issue with the utility companies for good.

Franklin is a name of another country in the US state of Washington where all new crypto mining applications are being blocked. The reason, similar to a talking point heard before is the spiking demand for energy in that location. According to the sources in the local newspaper, the commissioner of the Franklin County Public Utility District ordered a temporary moratorium on these applications. The explanation included the need to create a study that would define the effects of the crypto mining process on the supply of electricity in the same region.

The Utility district also stated it wanted to propose a new rate structure to these mining companies as a response to their demands. This makes Franklin just the latest country that has decided to restrict access to crypto miners. These are starting to move to places like Franklin because of the relatively low electricity costs in similar areas, along with a cooler weather. Both factors allow the miners to maximize their profits and cut the maintenance costs as much as possible.

Earlier in 2018, Manson and Chelan countries have made similar moves because of the same reasons. What is more, Chelan authorities cut the electricity to three farms they deemed unauthorized back in April. They stated that the farms represent a risk to public safety that could not be allowed any longer. Similarly, the officials in the state of New York allowed the local utilities to charge crypto miners more starting in March 2018.

This set off a discussion about the value and costs these operations bring to the local communities. As both instances show, the idea of the local utilities is to basically either get rid of mining farms or to charge them more for the same electricity everyone else attains. Both concepts are ultimately short-sighted and will not provide anyone with anything, except rob the same communities from the benefits that would come with a growing crypto mining scene.

Driving the Miners out of Town

The first option is definitely the simpler one and it follows the path of thinking that most local utility companies have shown – just get the same businesses out of their communities. This approach can come using stalling techniques, like the already mentioned Franklin approach of ordering a study, or through more direct means of shutting down these businesses.

In any eventuality, all of this results in the same outcome – the miners pack up and leave town. But, when they do, they also stop any chance of the crypto industry growing around them. While some might point out that these mines employ a small number of people, sometimes just a dozen or so individuals, they still provide a lot to the local economy. Firstly, which the mines will not be a chance for the employment of locals, they still generate commerce.

The mining rigs are purchased through specialized channels and from niche manufacturers, but the rest is not. From wiring to the mine insolation, all will come from the local sources when a new mining farm is built. A community can profit from this, as well as from other business transactions with the miners. Being hostile means turning away from all of that and losing a shot to have a great connection with a soon to be an important branch of industry.

Pushing up the Electricity Prices for Miners

While this might seem like a more reasonable option, it also ends up being a slow-burning process that leads to the same results. The higher costs of electricity mean that one of the two advantages (the second being a cooler weather) is taken from the table. Like eSports and other venture that are firmly grounded in the present day, moving rapidly is rarely a problem. If the higher prices continue, the mining companies will simply move town and leave the first location.

The higher level of prices that the companies paid will not be so big that they manage to provide the counties with some huge profit. Instead, the money will just be a perfect example of choosing a smaller reward right now instead of waiting it out for a bigger prize. But, when that becomes apparent, the companies will be long gone and so will be their opportunities.

A Cost too High

The countries that are exploring the possibility of pressuring their cryptocurrency mining communities should know that their actions are self-immolating first and foremost. If the mining procedures really do jeopardize the grid, this should be taken as a wake up call for any authority in the same region. These problems have to be resolved or the issue of crypto mines could become the least of their problems for a county that figures out that its power grid is on its dying breath.