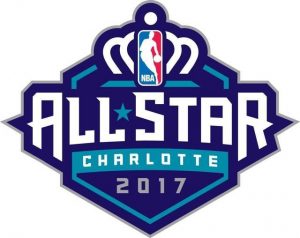 Smoothie King Center will host the 2017 All Star game. In previous two meetings between the two teams West emerged triumphant and it remains to be seen if East are capable of getting their revenge on Kevin Durant and Co.

West outclassed East in the 2016 All Star Game, with Russell Westbrook and Stephen Curry scoring 57 points between each other in the Air Canada Center clash. The duo made the West 2017 All Star game roster as well and it has to be noted that the likes of James Harden, Kevin Durant, Kawhi Leonard, Anthony Davis, Klay Thompson, Draymond Green, DeMarcus Cousins, Marc Gasol, DeAndre Jordan and Gordon Hayward will represent West in Sunday’s showdown as well. West are eyeing their third consecutive win over East and you should bear in mind that Steve Kerr’s team emerged triumphant in five of last six All Star games. Stephen Curry has been playing below expectations this season, but fellow Golden State Warriors ace Kevin Durant is likely to pose a big threat for East this time out.

Easter Conference champions Cleveland Cavaliers did well to beat Golden State Warriors in the NBA finals last season. LeBron James helped Cavs win their first ever NBA trophy and he will be the man to watch in Tyronn Lue’s team in Sunday’s All Star game. East were beaten by West in previous two meetings between the two teams and, no doubt, they are hungry for revenge. Coach Tyronn Lue has a number of top-class players to choose from and it has to be noted that the likes of Giannis Antetokounmpo, who is enjoying a season to remember, De Mar DeRozan, Kyrie Irving and Jimmy Butler will start for East, alongside aforementioned superstar LeBron James. Tyronn Lue’s charges are regarded as underdogs in the 2017 All Star Game and it remains to be seen if they are capable of upsetting West this time out.

Paul Millsap of Atlanta Hawks made the All Star roster, but his teammate Dwight Howard will not play in Sunday’s clash. Carmelo Anthony of New York Knicks replaces Cleveland Cavaliers ace Kevin Love, who was forced to withdraw from the roster with injury.

Both West and East stars will use Sunday’s match to show their amazing skills. As always, the All Star game will be a real dunk contest, but seeing that both Steve Kerr and Tyronn Lue have a number of great three-point shooters to choose from, I am tempted to put my money on over 339.5 points.