For the past 13 years, the Patriots and Colts have played each other on at least one occasion. Even though the Colts have not been performing that well since the beginning of the Andrew Luck era, the upcoming match against the Patriots might prove to be different, mainly because of the ongoing ordeal called the DeflateGate. Now, many are wondering, do the Colts have a solid chance this Sunday night? 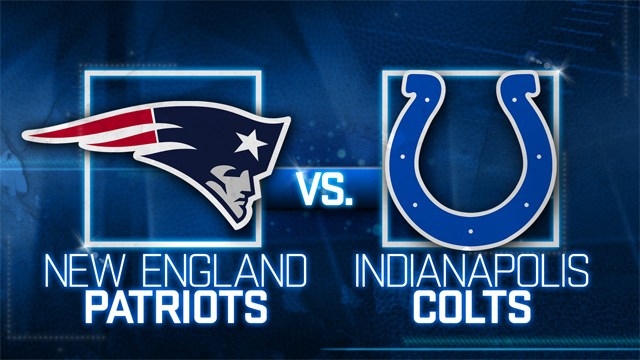 At the beginning of 2015, Colts and Patriots clashed in January right before the Super Bowl. At that time, Colts supporters had plenty to be excited about. Colts triumphed over Bengals once more and performed almost flawlessly in their game with the Broncos to make it that far.

At the same time, the Patriots had to scramble and make up over 14 points in their game against the Ravens to reach the same stage. For the first time since the start of the Chuck Pagano/Andrew Luck era, the Colts seemed to have a chance against the New England Patriots, in spite of the fact that they failed previous three times in the same scenario.

But, the night brought another loss for the Colts, but also an event that is still being discussed. Today, the DeflateGate affair makes the new clash between these two teams even more juicy and also the reason why so many people are using BitCoin to place bets on this stellar game.

When the media attention is taken away, the fact remain that this Sunday, two great teams are going to play and compete, which should provide the fans of NFL with one fantastic game. The Patriots might be entering the game with plenty of strength and potential, but the Colts have everything to gain by shining on the same night. Here is an analysis of the upcoming New England Patriots vs. Indianapolis Colts game.

What Have Patriots Done This Year

There is no doubt about the fact that the Patriots have a very strong showing in 2015. With a score of 4-0, the New England team did not have to struggle too much in the year, apart from their win over Steelers where they had a bit of luck and some late scoring by the Steelers proved it just was not enough. While on the road, they won against the Bills and a week later to the Colts. In that game, the Colts needed an OT and lacked just several missed field goals to attain a win, but the Patriots still dominated. Then, they vanquished the star-depleted Cowboy team. Now, the Patriots seem to be in full control of their game, both opens and defense, and this is bad news for all other teams.

It is important to mention that they had some injuries in a previous couple of days. LT Nate Solder is out because of a torn bicep and Marcus Cannon will replace him in the New England Patriots vs. Indianapolis Colts match. This will make the Patriots enter the game with only two players on the pure Tackles position, but the team showed time and time again that they often excel in playing out of position.

Also, additional team members on the roster will be ready to jump into the game if new injuries emerge, or if Cannon or Vollmer, the other player in this position, fail to provide results. Essentially, the Patriots have all going for them, aside from the injury problem, including the No.1 ranked offense in the NFL.

What Have Colts Done This Year

Andrew Luck once again comes under pressure to allow his Colts to win, mainly because the games from the previous two weeks did not bring in the wanted results. Luck, who built himself up into an incredible running quarterback will have only himself and Matt Hasselbeck as the quarterback on the roster. Josh Johnson, even though he signed for the Colts two weeks ago, is still unavailable, leaving Luck without a third quarterback.

According to the statistic of the games played in 2015, the Colts have an uneven record and seem to be lagging when it comes to their defense, which is ranked as No. 31 in the NFL. But, in the Orange Zone, they rank as the 9th team of the NFL, which will not aid them with the long touchdown plays, but can provide them with field goals that can keep them in the game.

Combined with the fact that the Colts have a good rhythm when it comes to moving the ball, they have a chance when it comes to playing a keep-away style that might hamper the Patriots attacking mentality. But, the Colts will have to dig deep on the night of the game in any case, which is why betting on this match with BitCoin is proving so popular in the days leading to the game.

Summary and Our Prediction

No matter what, New England Patriots vs. Indianapolis Colts is a game where plenty of energy from both sides will be invested. According to the statistics, the Colts seem to have a slightly better chance that when their previous games are examined, all of which point to an unsure team missing an additional quarterback.

On the opposite side, the Patriots are playing incredible football that is just on a bigger level than what the Colts have shown, and they also have an ax to grind when it comes to DeflateGate. There is no doubt that the Patriots will rumble in like an invading army determined to take no prisoners.

Luke and the rest of his Colts team will need to hold the line if they plan to try some smart tactical approach that might allow them to avoid being destroyed by the New England team, or even find a way to win. In any case, the smart money is on the Patriots and anyone betting on this game using with BitCoin should perceive them as the favorite. But in any case, the Sunday night game will be a sports event that should not be missed.

Bet On The Game: Top two BTC betting sites offering odds for this game are CloudBet and BitCasino.io – both offer instant withdrawals and generous signup bonuses.