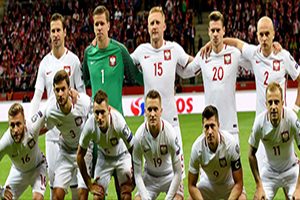 Both Poland and Colombia have failed to win their respective opening matches. Poland had a bad game and Colombia were outsmarted it looks like. Plus being a man down 87 minutes of the game didn’t help.

This will be the first time two sides meet in a World Cup. In previous meetings, there were no draws and Colombia won three out the five matches they played.

Poland didn’t show enough drive to fight even for a draw against Senegal. If they play like that again, they could get run over by the Colombians, who will be fired up to show what they can really do. Expect a tough first half with both teams nervous and little in the way of play, and a more open second half at the end of which one team will have survived for now and the other will technically be on their way home.

Colombia to go all out

For Colombia to win this game both Rodriguez and Quintero have to play up front. Rodriguez wasn’t fully fit for the first game, not fit enough to start the game, but he is now.

These two linking up together could also help Falcao have a much more effective game. Cuadrado is still to show his best. There is enough room for improvement and plenty of time to show it on the pitch.

Will Lewandowski turn up

Robert Lewandowski, undoubtedly Poland’s best player, was nowhere to be seen in the match against Senegal. That was, in a big part, due to the way Senegalese defended. Poland managed to get a goal back in last quarter of the game but it was too late.

Lewandowski has scored 21 goals for Poland in their last 16 matches so it’s not likely he will have a poor game two matches in a row. He is too good. And he will believe that his teammates and him can find the form they had during qualifying where they won eight out 10 matches.

Don’t bet against him.

One thing is certain, a draw is not an option for either team. It’s win or bust. Another fact supporting that is the fact that Poland drew none of their previous nine games with South American teams.

We are going to see at least one goal as in 19 previous Colombian matches at the World Cup, not one has finished without a goal. Poland has lost seven out of last nine World Cup matches, not scoring in six of those seven.

Most experts predict James Rodriguez to be the difference and lead Colombia to their first win in the 2018 World Cup.