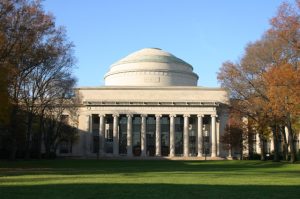 Most of the users of blockchains that are currently operational are located in the domain of FinTech. Here, networks like bitcoin serve millions on a daily basis, helping them purchase goods and services, use BTC to bet online and do much more with their digital currencies. But, the same use of blockchain is only the tip of the iceberg when it comes to this diverse technology.

Today, one of the most prestigious learning institutions in the world, the Massachusetts Institute of Technology or MIT is actively working on applying blockchain in different areas. While the institution is hard at work on designing FinTech solutions, other alternatives are on the table.

Potentially, these could be very important for the future global society, in not even crucial for things like government services. Equally, some of these could be completely dead-ends and will provide no practical benefit whatsoever. All of them have in common that some of the brightest minds are working on them and it would not be the first time in history that MIT created something revolutionary.

The overall push that resulted in these research projects came in 2015 when MIT decided to start its DCI, short for the Digital Currency Initiative. This project took place along with many other diverse and colorful researcher ventures that are taking place at MIT and soon grew to over 20 people and little less than 10 different sub-projects.

At the beginning, the DCI was focused on bitcoin system and its functions, both on the actual network and on private blockchains. Their work even ended up in the Ripple blockchain startup.

But now, DCI has gone beyond their initial focus on the BTC and branched out to other domains. Some are related to social media interactions while others kept on devising ways of improving the notion of the use of digital currencies. Here are the projects that’ seem most promising when it comes to an overall appliance of blockchain as a new and exciting tech.

A big focus for the MIT crew has always been the issues of confidentiality and privacy. Currently, bitcoin still claims supremacy in this regard, but since it was rolled out, its privacy protection has not improved greatly. On the other hand, blockchains by default rely on the spread of information that should be completely transparent. This way any procedure can be tracked and tracked across the network.

With this oversight, any procedure is fully verifiable by all other nodes in a network. But, this also opens up the door for a Big Brother-like entity that could use the same information for their needs. Here, people are usually worried about government surveillance. Projects like PRISM showed that this is not an irrational concern.

Now, at DCI, there is a sub-project called Auditable Ledger which desires to change this dynamic without hurting either audibility or privacy. The system that is being built includes confidential assets and their confidential transactions, but with it, the auditors can still attain enough information to allow them to verify any event in the network. With it, a party could verify that no money is entering an account and demand a continuation of payments.

DCI project that revolves around this is expanding the same concept so that it can also include banks that employ a ledger they issue to the traders working with them. The same system could provide invaluable insight into events and also predict how the ripple effect will spread. In the financial domain, the use of a system like this could be exceedingly valuable for preventing emotional-based reactions of traders that can have such a devastating effect on the markets.

In a move that tries to make peace between central banks and independent digital currencies, DCI is attempting to bridge the divide by supplying banks with cryptocurrencies of their own. Here, MIT is supporting a prototype being built that could provide the same result.

The same sub-project has a big chance of merging with the privacy research at some point in the future. For now, the same seems like a grand idea but with no actual takers. For the central bank-issued digital currency to exist, a bank would be needed to agree to some form of testing.

Currently, there are those who are experimenting with blockchain but only People’s Bank of China seems to be willing to take this a step further, which does not help MIT push this project to the next stage.

Probably the most interesting out of all sub-projects in the DCI, this initiative is focused on the world of online publishing. Like eSports and social media, online-first publishing took off in a spectacular fashion in the beginning years of the 21st century. Now, it is the dominant way how people get their news, but the issue of distributing content remains a troublesome one.

Because big systems like Facebook and Google use algorithms to determine what things should users see according to their preferences, individuals get locked in echo chambers where they are only fed the data they agree with. As the 2016 US election showed, this can be very problematic for a large chunk of the population.

That is why the MIT team is looking for P2P protocols that will utilize blockchain for distribution of news. This way, the actual users will have the control over the process they get their news and what arrives to them. The shattering of echo chambers is an important initiative, but also one that neglects very important facts about these phenomena.

Most people in echo chambers got there by their own will and would most likely want to remain there. The developers recognize this and believe that the process would take a lot of time and effort. Here an additional factor is the problem of advertising models that are based on clicks and views. Of course, other blockchain-based elements could be applied here, like the Brave browser, to create different methods of monetization.

A Chance to Impact the Future of Blockchain

DCI is clearly doing great work for the development of the blockchain ecosystem. While many of their sub-projects will never mature to a level of applicable technology, their research will still propagate many other projects in this field. Because of this, MIT should definitely continue to support their DCI initiative in the years to come.