Opinion The Potential for a new Blockchain Currency 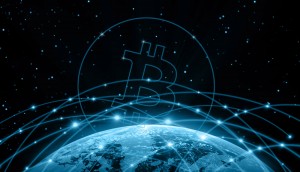 As the BitCoin is once again climbing in value, the world has to, whether it wants it or not, to notice the potential of digital currencies. The spike in BTC value is the second one that occurred in the last five years and will likely create many wealthy individuals who trade in this cryptocurrency. An additional group of people benefiting from the movement in the market will be the developers who are successfully using the rally in the price to attain funds for their projects.

But, aside from those involved in the BitCoin community, there is a completely different entity that is also reaping the rewards from a strong BTC. Ethereum blockchain and its Ether, a new blockchain digital currency, are on the rise as well. In this climate, many people are wondering what is the potential for a new blockchain project that would be able to tap into the same market as BTC.

Of course, creating a new currency, even a digital one, is not a simple venture by any means. Aside from the readily available technology, the process depends on the ebb and flow of the numerous factors that are connected to finance, technology and media industries. Yet, the effect of a new successful digital currency could be enormous, not only for the people using it but also like Ether showed on the rest of the blockchain community. From online betting using BitCoin and new dimension of E-Sports to shopping and loan access, today digital currencies seem as powerful as traditional ones.

The public attention is focused on the private sector and the startup developers. But, even though they are the biggest group working on this, they are not the only ones. In fact, there are several possibilities how a new digital currency might come about the near future. Here are the most important and the most likely alternatives for a brand new digital currency.

Right now, several national banks are working on trying to figure out how the blockchain tech fits into their financial models. While at first the banks were uninterested in this technology, the surge in its use pushed some of the banking leaders to consider its use. Naturally, they do not desire to exchange traditional currencies with their blockchain solutions, but to use the distributed ledger as a method of enforcing current transaction pathways. But, the same process will not result in the introduction of new currencies.

However, some of the bigger players in this domain, like China National Bank, are willing to explore the potential for an in-house currency that will use the blockchain principle. It is almost certain that the EU nations, like Germany, which is very accustomed to successfully dealing with cutting-edge technology, will also enter the fray. So far, the complicated legal status in the US makes it hard for any traditional bank to get involved with anything resembling BitCoin, but they will most likely also employ blockchain in the coming years.

In spite of this, it is unlikely that traditional banks, either national or international, will decide to push their own digital currency any time soon. The risk associated with this type of a move makes it an unlikely choice for the traditionally cautious banking industry.

Even though this sounds odd at first, many government institutions all over the developed world are seeking ways to employ blockchain tech. Most of these are focused on the logistical or security nature of the blockchain tech, but there are some, like the US Postal Service, who are determining whether or not they could make their own digital currency.

As a provider of money transfer services that spans the globe, USPS would be a very suitable candidate for a cryptocurrency that makes the process a lot simpler. The savings in the domain could quickly compensate any funds needed for setting up a USPS blockchain and getting it operational. Another alternative suggests that the USPS uses an existing network, for example, the BitCoin itself, and just marks its coins with an additional layer of information.

This would be exceedingly simple for implementation and would require only a few months before PostCoin could see the light of day. But, like the banking sector, it is hard to imagine a structure like the USPS quickly and easily navigate the many oversight committees and other regulatory structures that would certainly bog down the development. At the same time, no real urgency to complete the project could potentially lead to an indefinite postponement of any version of PostCoin.

Military structures are also a government body, but historically, a different set of rules applies to them. With an unlimited budget, one of the developed nation’s army could easily create its own digital currency, especially those who employ hundreds of thousands of personnel and deal with hundreds of outside partners like suppliers, researchers and so on. This would save money and also allow the financial departments to be scaled down, which is important in the new austerity-inclined world.

NATO is trying out the possible application of blockchain, but it seems that they, like the banking sector, are more interested in the logistical side of the tech than the financial one. Because of this, an encrypted blockchain network for communication is more likely than an NATOCoin anytime soon.

Finally, one of the most probable inventors of the new digital currency is the existing multinational corporations but not just those which are active in the blockchain or BitCoin community. Instead, a retail giant, for example, might create a blockchain system to supply its users with their branded money. Here, the media factor that was previously mentioned would play the largest role: a corporate digital currency would be a great promotional opportunity. More than that, the same project would provide a company with an unparalleled advantage over its competitors which do not own their alternative cryptocurrency.

The notion similar to this one is not new. Nike, for example, had a project where people who used their movement tracking gear accumulated digital “sweat” while they exercised, which then could be used to purchase the company’s goods. A blockchain would naturally come into play with something like this but on a much larger scale.

Granted, this would not revolutionize the digital currency market, but it would be a clear proof that independent business or organizational entities can successfully make their own brands of digital currency. One additional reason why these companies have the biggest chance of being the first to go public with their digital currency is a higher level of flexibility and adaptability than any of the previously mentioned possibilities.

Because of this, it is highly likely that some form of corporate branded digital currency will be launched in the upcoming period.