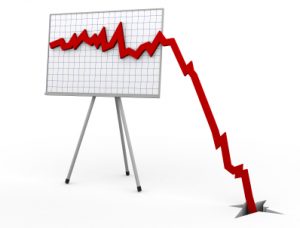 The phenomenon of bitcoin might be relatively new, with less than 10 years of existence, but doomsday predictions about it are anything but rare. In the same decade, experts calculated that the same cryptocurrency was pronounced dead more than 200 times. During that time, millions have been using and continue to use bitcoin for everything from online BTC betting to remittance and investment mechanisms. Over the same period, this cryptocurrency had an almost 100 percent uptime with no major breaks in functionality and operational capacity.

For comparison, no big digital service provider can boast the same record not even by a long shot. In spite of all of that, people still find it very intriguing and fashionable to come up with predictions about the moment when bitcoin becomes a thing of the past.

Some are so adamant about this process that they continue with the same prediction even though daily reality debunks them all of the time. However, it would be foolish to contemplate that any entity can keep on lasting forever and reject all naysayers in spite of the fact that some of them provide realistic scenarios. Here is an overview of potential processes that could render bitcoin more or less irrelevant.

Bug in the Code

This scenario is low on the scale of plausibility. It entails a bitcoin update that includes a critical error on some level, similar to that of the DAO project. DAO devastated the ethereum blockchain, so something similar or much worse could, in theory, befall bitcoin as well.

If this occurred, even if the development community managed to unite and agree on the way to fix the same error, the bug would still be catastrophic. The price would plummet because of it and no one would have any idea if the fix would work.

In that case, the network would certainly split into a fork or a series of those, leading to even more loss of consumer confidence. Because this risk is real, the bitcoin community tests any modification and it is extensively peer-reviewed, following strict guidelines. However, defects in code always happen, so they could happen here as well one day.

The ability of blockchain to fork is exceedingly important for the entire tech, but also for the bitcoin as well. However, as history showed, forks often occur when the community comes to a disagreement on the technical or business path forward.

The split that led to the creation of bitcoin cash that took place in the summer of 2017 proved to be no danger to bitcoin. But, what about two or three forks happening in the same period? Or a constant stream of forks occurring that churn out new digital currencies on a regular basis.

Some might argue that this would also strengthen the overall health of the digital currency domain, but it would hurt bitcoin. Through every fork, mining power would be lost along with the consumers who would migrate to other new cryptocurrencies.

In some part, the same thing is happening right now with the rise of the altcoins, but with bitcoin forking directly, most would lose faith in this particular network. While this would not destroy bitcoin, it would definitely render it irrelevant.

A single government does not have the ability to impact the price or relevance of bitcoin in the long-term, as the Chinese case proves. Also, its decentralized nature allows it to keep existing completely lacking any vertical power structure.

Yet, a joint government crackdown that would stop banks from connecting to digital exchanged would really stop bitcoin in its track. Essentially, this would mean that the digital currency is back in its old days when users directly traded digital currency among each other.

No organized process of fiat currency influx could continue under that kind of crackdown, which would close the exchanges and wallet providers. By pushing it back to its oldest form, the government regulators would not kill-off bitcoin, but the impact would almost certainly stop any development opportunities for years, if not decades.

There is a certainty that malicious parties are observing the blockchain tech intensely and trying to figure out how it could be compromised. In theory, there are possibilities like the 51% hack which would attempt to attack the core protocol of the network. If successful, the same would temporarily bring down the whole network, instigating a panic that could sink its prices.

However, an attack on applications build on the token protocols is more likely. Mt.Gox, at the time of its attack, was handling over 70% of all BTC transactions. Its attack managed to pull down the prices of BTC so low that they required over two years bouncing back.

Now, the market is much more mature and robust, so even a sophisticated attack like the recent one on NEM brought down the price for only about 20%. The same dip lasted less than two days and certainly something equally effective could be expected from a response in the bitcoin community.

Arguably, the same phase already took place in 2015, when investors were hesitant to put money into bitcoin after the 2013 crash and subsequent slow recovery. Right now, digital currency can interest the wider population and some of them will decide to invest in the same space, elevating the entire market cap.

But, there is a sense of expectations when it comes to seeing some bigger changes in the world thanks to digital currency. Similar expectations were behind other digital ventures like social media or eSports. Bitcoin needs a moment when it changes the world or at least some aspect of it.

If this does not occur, a bearish market will be slowly replaced by one that stagnates and then dissolves. A case like this could gradually wear down bitcoin, but the same fate would befall all other digital currencies. Having in mind the current level of investor engagement in the whole crypto market, this type of scenario is more than unlikely.