Opinion The Practicality of Savings in Bitcoin 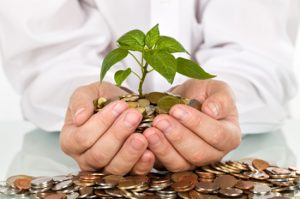 For more than two centuries, standard savings services were one of the bedrocks of the banking sector. Through a promise of bigger return than the sum they invested, this type of investment made by ordinary citizens was utilized to fuel loans and other banking services. The profit was seen as a bonus for the basic service of growing the invested funds as a means of staving off inflation and loss of standing capital that naturally occur with the passage of times.

But savings, like any other banking element, it is under a lot of pressure during the economic changes or slowdowns. Since 2008/09, the entire worlds seem to be inside of an intermittent economic slowdown which is why traditional savings became so unappealing.

The tradition of the safest means of investing money, which connected people from almost any country with a functional banking system and all walks of life, is now in decline. With profits that hover below 1% on an annual basis, many people simply turn away from a bank savings plan, seeing it as a glorified safety deposit box that just holds onto your assets in relative safety, but offers no possibility of making the same assets generate money.

But, being an industry-wide disruptor, bitcoin could be the solution that is plaguing the savings financial domain. As a means of conducting a range of services that exist in the traditional banking sector, from payments for things like BTC online betting to taking out loans, bitcoin appears to be able to handle anything a bank can. Could it then be an alternative for those who wish to save and enlarge their assets using the same cryptocurrency?

The Age of ROI that is as Fast as Possible

In the breakneck pace of the modern world, it is often easy to remember why savings came about in the first place. With the 21st century’s values, any form of taking the money and placing it where it could return the same amount plus a profit is seen as an investment.

The very nature of this term suggests a process that is designed to produce a substantial profit for its owner, almost to a point where the same investment cycle is the only undertaking of the same person. Simply put, the tempo of the modern age suggests to everyone that they could become small-scale angel investors almost with the smallest amount of money they can push into some projects.

After all, the process of crowdfunding takes place in a similar mental environment. Here, ordinary people can push a small amount of money into a project that they find interesting and get in return not direct profits, but some other perk they are looking for. Often, the same perk comes in the form of knowledge that the person supported something they love.

But, even in this regard, the “investor” expects a return that is very immediate. For example, if a person places $5 on a movie being created, they want to see the same film get made in the next year or two, most likely even sooner.

While they do not gain any financial benefit from this, they do get to enjoy the art form they invested in. However, investing in something that should materialize in 20 or 30 years is not often seen in the crowdfunding domain. The same is true for angel investors and venture capitalists.

The current age demands a return on investment; whatever its form might be, as soon as possible. For investors, this comes out of the instability of most of the industrial domains they might be working in. Even the energy sector and its oil production, which seemed for a long time to be carved in stone, showed clearly it can be exceedingly unstable. But, the notion of a fast return on investment is directly opposite to the idea of savings.

The Notion of Savings through Bitcoin

In many ways, savings are a safety guarantee for the distant future. For decades, those who saved did this to make their small excess amounts gradually build up into something that could significantly aid them once they reach a certain late age. Parents saved for their children’s’ education while working individuals took out small amounts from their salaries and placed them in a retirement fund.

As this becomes more and more difficult to attain with the current savings option, BTC-based savings could make a difference. Basically, bitcoin is an option that could integrate both the old-fashioned purpose of savings with the modern need for being constantly active and involved in the same investment.

To do this, a company would be needed that would take on the role of a bank. The same company would accept bitcoin investment as a form of savings and define the growth of the same sum over time. As time passes, the number of BTC and Satoshi will become bigger and bigger until the moment the person who possesses the savings account decided to cash out.

With digital means of having a savings account on a BTC wallet, the process would be exceedingly easy. Using the support of microtransactions, they would be able to do what many banks cannot today. For example, the savings company could pay out daily profits even though they would be incredibly small parts of a single BTC.

Issues with the BTC Savings

While it comes with a range of advantages, some ideas behind the BTC saving process are unanswered. The value of BTC can shift greatly in a matter of months, but no one knows what the same exact value would be in 20 years. This might come off as a source of huge insecurity.

However, the same problem follows any other currency in the world, digital and traditional. Here, bitcoin also has the advantage of having an end number of BTC that can be mined, which makes it theoretically impervious to inflation. Because of it, experts believe that BTC will continue to gain in value over the long term, especially now when it is clear that the digital currency is not a passing fad but something that is here to stay.

Now, it remains to be seen which company or companies will take the challenge of creating this offer. While more and more people, ranging from eSports players to software developers get access to direct BTC earnings, bitcoin savings services will certainly have to happen in the foreseeable future.